Montgomery Gentry: Rebels On The Run 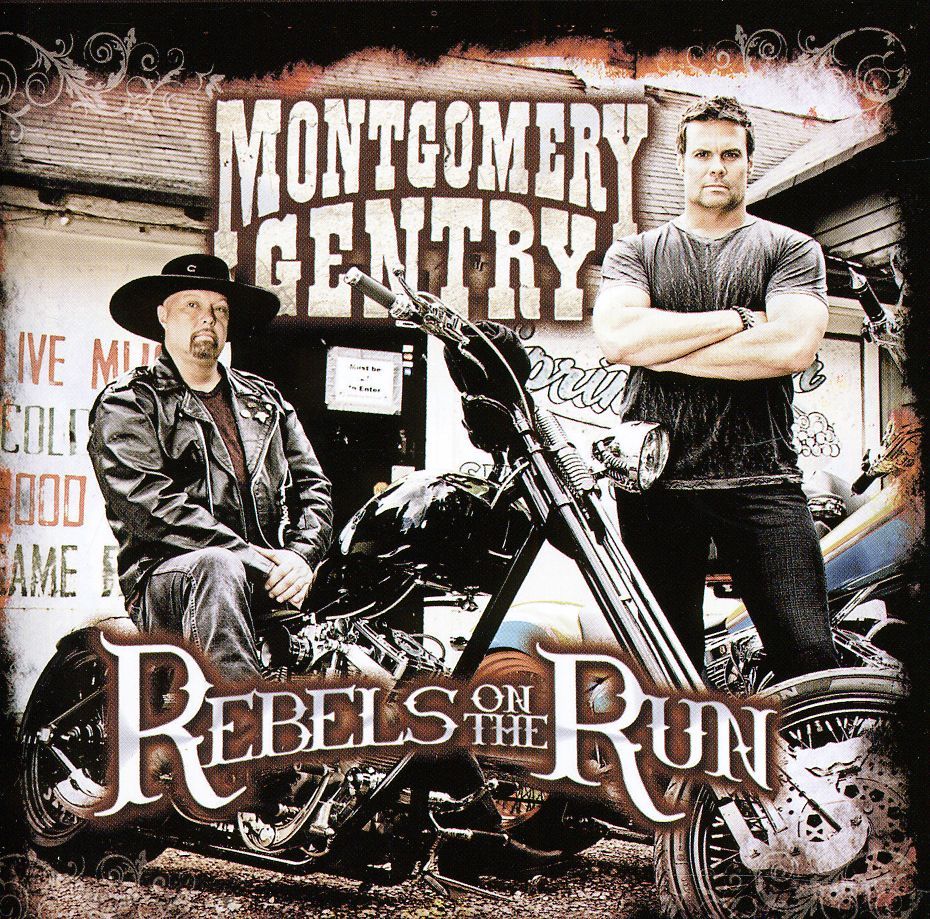 Bewertung:
lieferbar innerhalb 1-2 Wochen
(soweit verfügbar beim Lieferanten)
EUR 19,99*
Versandkosten
With a new album, a new label and a renewed sense of musical purpose, Eddie Montgomery and Troy Gentry are poised to stake their claim as one of country music’s all-time greatest duos.

When the two Kentucky boys—Eddie, is from Lancaster and Troy is from Lexington—first busted onto the national scene in 1999 with the defiant “Hillbilly Shoes” notice was served—country music had never seen a hard driving duo like this.

The duo’s new collection, the aptly titled Rebels On The Run, brings Montgomery Gentry fans back to the beginning, but with a fresh attitude. Produced by Michael Knox, who has helped build Jason Aldean to superstar status, Eddie and Troy’s latest effort will likely be remembered as their best album thus far in their decade-plus history.

Despite the millions of albums sold, the sold out shows and the scores of awards, Montgomery Gentry remains in touch with its working class roots. “We are blue collar workers and we lived the songs that we sing,” says Troy. “Because of that, our fans are able to make the connection and when they hear our songs, they know we are singing with passion and we know what we are talking about.”

“People are going to be able to touch on each one of our songs and say. ‘Yeah man, that song is a little bit about me,’ or ‘I know a person that lives next door to me that’s been through what you just got done singing about,’” Troy continues. “People can associate themselves with ours songs.”

“With us is what you see is what you get,” Eddie says of the duo’s down-to-earth demeanor. “We don’t act like we don’t drink or cuss. We have faults like everybody else and that’s who we are.”

Who they are is a duo with fourteen Top 10 singles, including five No. 1s, “Something To Be Proud Of,” “If You Ever Stop Loving Me,” Lucky Man,” “Back When I Knew It All” and “Roll With Me.”

Their latest album is certain to add to that total. Hometown proud first single, “Where I Come From,” continues the thread of the duo’s Top Five anthem “My Town.” The party hearty “Ain’t No Law,” co-written by Eddie and which includes the lyrics, live as fast as you can, cuz you can’t get it back is classic Montgomery Gentry. The vulnerable “Empty,” with powerful vocals by Eddie, drips with raw emotion and pain.

Meanwhile, the album’s title cut is a relatable tune sure to hit close to home to anyone who has been a teenager, which is to say, everyone. “Work Hard, Play Harder,” which Troy co-wrote with hit songwriters Jim Collins and Rivers Rutherford, is destined to be a blue-collar anthem.

The Southern rock guitar-infused “So Called Life” is a raucous testament to hard working people everywhere. Legends Charlie Daniels and Alabama’s Randy Owen guest on “I Like Those People,” a blood-is-thicker-than-water testament to the things that really matter.

Now signed with powerhouse independent label Average Joes Entertainment, Montgomery Gentry has found the freedom the duo needs to move to the next level of their career. “It just seems like over the last couple of records there was so much going on at our old record company that we kind of got away from what Montgomery Gentry was about,” Troy says. “Rebels On The Run has a little bit of a newer sound, but it still has that edginess like the first two or three records we put out.

“We were able to go into the studio fresh, without our hands tied, and we were able to get the stuff done that we wanted to do and produce what we think is our best work to date,” Troy continues.

“It’s just so unreal when you get a fresh start and everybody is on the same page,” Eddie chimes in.

Average Joes, yes, but Montgomery Gentry is a superstar duo nonetheless. Whether it’s headlining tours, scoring a Grammy nomination, winning Country Music Association and Academy of Country Music Awards, garnering critical acclaim or simply earning the admiration of their millions of fans, Eddie and Troy have met the criteria reserved for but a few in country music history.

But awards and accolades aside, it’s Eddie and Troy’s induction into the venerable Grand Ole Opry in 2009 that means the most to them.

“Unlike other awards, becoming members of the Grand Ole Opry is something people can’t take away from you,” Troy says. “Other awards come and go, but once you become a member of the Opry, you are a member for life—that’s something that Eddie and I are very proud to be a part of.”

There’s no doubt that they’re hard-running honky tonkers, but Eddie and Troy are also empathetic citizens of the world. Acknowledged by the Academy of Country Music as the 2010 winners of its Humanitarian Award, they devote their time and energy into making the needs of others a priority. They are active participants in many charitable organizations, including the U. S. military and numerous charitable organizations such as the TJ Martell Foundation, Camp Horsin' Around and the Make-A-Wish Foundation of Middle Tennessee, among numerous others.

Make no mistake about it: with Rebels On The Run, Montgomery Gentry has secured a place in musical history with a unique blend of country, southern rock and Everly Brothers-like harmonies combined with relatable lyrics.

“We grew up on Charlie Daniels, Waylon Jennings, Willie Nelson, Lynyrd Skynyrd and Merle Haggard,” Eddie says with conviction. “That’s who we are. We cut our teeth in the honky tonks and no matter what you try to do, we have to be us or it just doesn’t sound right.”