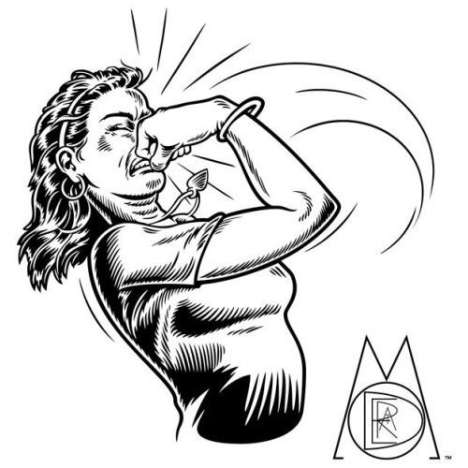 Moderat’s formation began back in 2002 when Sascha Ring (aka apparat) and Gernot Bronsert and Sebastian Szary (aka Modeselektor) recorded an ep for the record label bpitch control. the making of this release was incredibly exhausting for the three of them, and at the last minute they renamed the EP "Auf Kosten der Gesundheit" (which translates to "At The Cost Of Health"). When it came time to begin working on an album, Moderat suddenly broke up.

A short time later both modeselektor and apparat simultaneously worked on their own full-length albums - Modeselektor’s debut, Hello Mom!, and Apparat’s collaboration with Ellen Allien, orchestra of bubbles. Each went on to become successful releases and were followed by two career-defining albums for the individual acts. Additionally, since their debut releases, both acts have performed over 1, 000 shows at nearly every point of the globe. Modeselektor’s sophomore album in 2007, Happy Birthday!, set a milestone in German music history including musicians such as Puppetmastaz, Maximo Park and Thom Yorke. Amongst a slew of remixes for the likes of Thom Yorke and Björk, Modeslektor also went on to tour with Radiohead across Japan in 2008. Apparat, on the other hand, moved forward with his album walls in 2007, taking a musical path that was more band-oriented and kept him on tour for several years running.

It was a twist of fate that brought about Modeselektor and Apparat’s reunion in the spring of 2008. szary and bronsert, both proud fathers, were on their way to the "Stadtbad Mitte" (berlin-mitte city pool) with their children for their regular monday swimming lessons when they ran into ring, a devout bachelor who happened to be accompanied by several dubious females. After a battering of verbal abuse, the three gentlemen quickly made peace and decided to get back to work on their collaborative album post haste. Thus, Moderat was reformed.

In recording Moderat’s self-titled album, the three men began by renting studio space at the legendary Berlin Hansa Studios (where Bowie recorded Heroes) in order to record the album in analog with the help of the studio’s vintage tube technology and an old emi console from 1972, restored especially for Moderat. American software designer Joshua Kit Clayton, was hired to program a superb reverb algorithm specifically for the recording process of this album. This exquisite sound design is one of the reasons why the promotional copies can be listened to only in mono. finished copies will, of course, be in full stereo. Additionally, during the first phases of recording the moderat album, Szary and Bronsert bought an EMT model 140 plate reverb on an internet auction and had to travel to Los Angeles to pick it up. While there, they met the Californian rapper busdriver and the groundwork for "Beatswaysick" was laid. Moderat continued to work on this with busdriver from their respective continents. Unfortunately due to legal issues at the time of manufacturing, this track will be released as an exclusive download in the near future.

Back in the studio, the berlin vocalist Dellé (aka Eased) from leading German act seeed found himself in moderat’s studio room while on a quest to find a bottle opener. there on the spot, the three gents of moderat finally waved good-bye to the concept of a mere instrumental album and said hello to vocal recordings and the song "Sick With It". Coincidentally, they found older vocal recordings of paul st. hilaire that had been recorded by szary and bronsert way back on low-noise 1 / 4" analog tape. those recordings are what led to "Slow Match". all this encouraged szary and bronsert to convince ring it was time for him to contribute vocals, which can be heard on "Rusty Nails" and "Out Of Sight". "Rusty Nails" is the first single, which will feature remixes by Shackleton and Booka Shade.