Michael Chertock: Love At The Movies 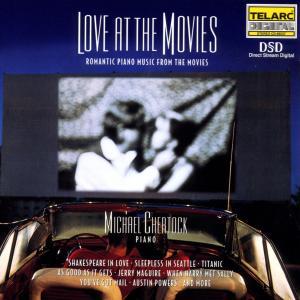 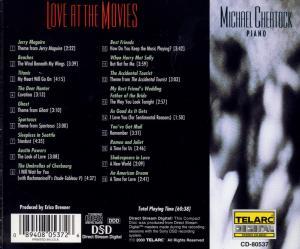 In his fourth recording for the label, Chertock brings his signature touch to romantic music from classic films both new and old, including themes from the immensely popular Titanic Shakespeare in Love, Sleepless in Seattle, Jerry Maguire, Ghost, When Harry Met Sally, The Umbrellas of Cherbourg, and Spartacus.

The collection showcases Chertock’s refined sense of rhythm and harmony in such classic tunes as Hoagy Carmichael’s “Stardust,” and Gershwin’s “But Not for Me,” as well as his lush arrangements of poignant songs such as James Horner’s “My Heart Will Go on,” from Titanic; and Nino Rota’s “A Time for Us,” from Romeo and Juliet.

Chertock has performed in more than 100 orchestral engagements in the United States, Canada, and Europe. He recently made his Carnegie Hall debut in recital with clarinetist Ricardo Morales, with whom he has recorded an album of French music. He appears regularly at the Ravinia Festival in Chicago, Blossom Music Festival in Cleveland, and the Grand Tetons Music Festival in Wyoming, where he will perform the Mozart Triple Piano Concerto with Minnesota Orchestra Music Director Eiji Oue later this year.