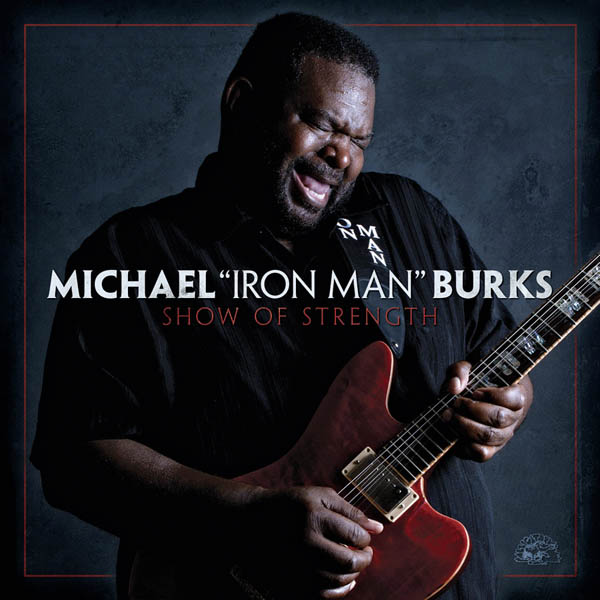 It's almost impossible to believe that this will be the last album from Michael Burks, the Iron Man of the blues. The final mixes had just been completed while he was on a European tour, and they were waiting for him at his home. He never got a chance to hear them; this gentle giant died suddenly of heart failure on May 6, 2012, at the age of 54.

Michael was so proud of this album, his fourth for Alligator. He and I both believed that it would be the one that finally propelled him into the top echelon of blues musicians, where he certainly deserved to be. He had been poised for that position for almost a decade, earning ever-increasing fame with his blistering gigs and soulful recordings. He might have gotten there a lot sooner, but in his 20s he had chosen family over career. He had put away his guitar for years while he raised his beloved daughter Brittney in their southern Arkansas hometown of Camden. It was only when she was a teenager that he returned to his music and hit the long, dues-paying highway toward what passes for stardom in the blues world. From local and regional gigs to national and international club and festival stages, Michael's reputation and fan following was built one sweaty, hours-long gig at a time.

It was in Camden where Michael first honed his music, playing from his very early teens in his family's juke joint, The Bradley Ferry Country Club. He already had a blues bloodline; both his father and grandfather were bluesmen. Michael was very proud of his musical heritage. It wasn't easy to get him to talk about himself, but he could talk all night long about the bluesmen and women he had played with and idolized, and, above all, his first teacher-his father, Frederick Burks.

Working with Michael on four albums, seeing him burn up bandstands across the country, hanging out with him backstage, attending his late-night barbeques at the campground at the King Biscuit Blues Festival in Helena, Arkansas and visiting Michael and his wife Bobbie at their home in North Little Rock, I got to know not only Michael Burks the bluesman, but also Michael Burks the man. I saw firsthand his devotion to his family (he would stop each recording session nightly to phone his wife and his grandchildren), his loyalty to his friends and band members, and his "Iron Man" work ethic (often driving his own van hundreds of miles before unloading his own gear and delivering three or four hours of non-stop music). Michael was not only a top-quality bluesman; he was a top-quality human being.

It was my decision to leave this album as we intended it, not as a memorial to a friend and bluesman gone, but as a living, breathing statement, sent straight from Michael's heart and soul. Although Michael is not here, the music he recorded is indeed his show of his immense strength and spirit. It will live on, confirming forever his status as one of the greatest bluesmen of his generation. (Bruce Iglauer, Alligator Records)