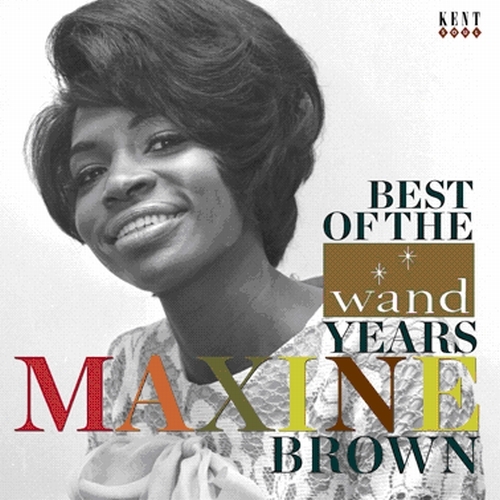 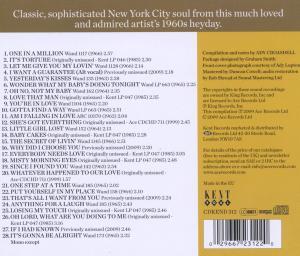 Bewertung:
lieferbar innerhalb 2-3 Wochen
(soweit verfügbar beim Lieferanten)
EUR 14,99*
Versandkosten
Reappraising and re-compiling Maxine Brown’s Wand Years has been a total pleasure and has surprised me at how much more information there is and music to be admired from this iconic soul singer.

This replaces the deleted “Oh No Not My Baby” CDKEND 949, first issued in 1990. That disc could have used as its sub-title but this time around we’ve been stricter and re-released the 1961 and 1962 Nomar hits ‘All In My Mind’ and ‘Funny’, which were in a noticeably earlier style. However we’ve been intentionally lax in including the ABC recording ‘Am I Falling In Love’. This is in order to represent Maxine’s first ever Wand release, which was surprisingly an album consisting mainly of ABC tracks that Scepter / Wand owner Florence Greenberg had bought from the major label when buying Maxine’s contract.

Since the old CD was issued, Kent have used other previously unreleased Wand tracks, dotted about on several Various Artists CDs but we’ve gathered them together for inclusion here. The main Kent package since “Oh No Not My Baby” was 2000’s “Spotlight On / Greatest Hits” (CDKEND 187) which featured all the tracks from the “Spotlight On” LP but only some of the “Greatest Hits” LP, as those two Nomar hits were included on the vinyl version but, as they were not Wand, are not on the CD. It is impossible to deliver the best of Wand without also including several of the “Spotlight On” tracks and there are seven of those twelve tracks duplicated here. However we have used the mono versions of the songs, as opposed to the stereo of “Spotlight” to offer Kent collectors the chance to hear the songs how they were, in most cases, issued in the 60s.

Sticking with the Kent history theme (so that you know what you’re getting here), like the original “Oh No” CD, we’ve included several tracks that we originally discovered in the Wand vaults in the mid-80s and debuted on the LP “Like Never Before” (Kent LP 047). In order to give the collector good value, three of those waxings were included on our “Spotlight” CD but we have revived another eight of them on here.

Fortunately further research into our mid-80s Wand trawl has revealed several more excellent recordings to give the great Kent public a “must have” CD for their collections. The two of interest to all soul fans will be those that Maxine cut with Otis Redding producing at Fame Studios in Muscle Shoals, Alabama. We put the more obvious ‘Baby Cakes’ and ‘Slipping Through My Fingers’ out on “Like Never Before”; the former is here, the latter on “Spotlight”. I had confused ‘If I Had Known’ with the similarly-titled ABC recording, ‘If I Knew Then’, which is actually a line in this song’s lyrics and as for ‘That’s All I Want From You’, put it down to human error. Though not as obviously southern as the first two Otis tracks we released, these are well worthy of inclusion and the quotes from Maxine on the sessions and Otis’ subsequent death are revealing.

Maxine kindly granted me a two hour phone interview about some of the specifics on this CD and her thoughts and stories help us fill in more details of her illustrious career and to the ways of Scepter / Wand in the 60s. She also provided some splendid shots of herself, looking as fabulous as ever, to go with the several exclusives we had already sourced. Other notable bonuses for Maxine’s many Kent fans are a noticeably alternative vocal on the Ashford, Simpson, Armstead dancer ‘I Want A Guarantee’ and, for the first time on any CD, the correct version of ‘Let Me Give You My Lovin’’ is used. There’s another treat for lovers of the uptown, uptempo style and that is the previously unissued ‘Why Did I Chose You’ another potential dancefloor hit from the great lady. We even feature three of the very best Wand 45s sides, unavailable elsewhere, on here: ‘You’re In Love’, ‘Put Yourself In My Place’ and ‘The Secret Of Living’.

The gist then is: you need this one even if you’ve got the other two and Maxine Brown is magnificent.