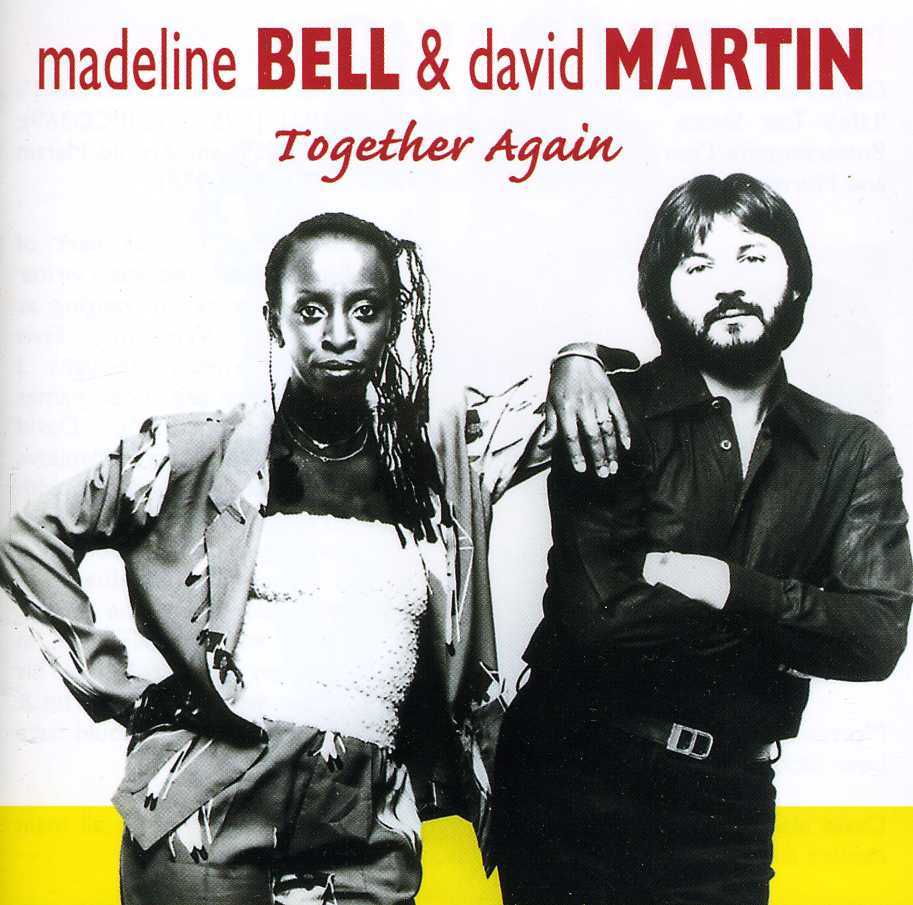 Back in 1981 DAVID MARTIN (who as part of the AMMO song writing team had enjoyed Number 1 Hits the world over with artists such as BARRY MANILOW to GUYS & DOLLS covering their songs) teamed up with MADELINE BELL to record an album for his then fledgling DEB RECORDS. Madeline had shot to fame in the UK in the 70's as part of a two pronged vocalist team with BLUE MINK and recorded some classis songs such as "Melting Pot" and "Good Morning Freedom". David also has Hits himself as part of BUTTERSCOTCH and Madeline has continued to tour the world working with BBC's Big Band, James Last, Netherlands Metropole Orchestra.

The album "Together Again" was never released although a number of singles were during the period 1981 and 1982-all are included on this release. The bonus tracks include duets with KATE ROBBINS who had a UK number 2 hit with "More Than Love" and STEPHANIE De SYKES who also had a UK number 2 Hit with "Born With A Smile On My Face".