Maceo & All The King's Men: Doing Their Own Thing 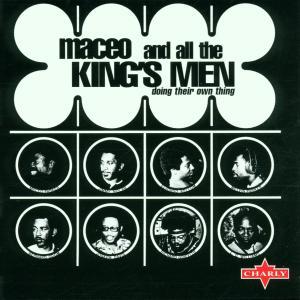 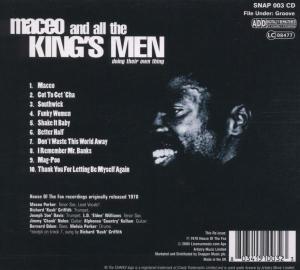 Hot funky sounds from ace saxophonist Maceo Parker and his band on this debut album from 1970.

Saxophonist Maceo Parker has established himself as one of the hottest and funkiest musicians around, even surpassing those two masters he recorded with in the 70’s – James Brown and George Clinton.

Highly regarded by the younger generation of funk fans, Maceo has been touring and recording with great success in recent years.

‘Doing Their Own Thing’ was the band’s first album release, in 1970. Its line up included the majority of the James Brown’s band of the day. They had quit to ‘Do Their Own Thing’ – hence the title. So the real funk of James Brown is what you get in this record.

A very rare album fetching over £100 on the second hand market, it has been a collector’s items for many years and will please all fans of funk.

This re-issue features the striking original cover. The sleevenotes have been written by all things James Brown authority, Cliff White. (charly. co. uk)