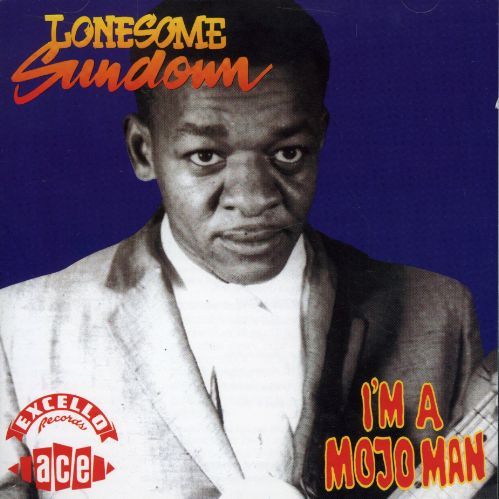 Bewertung:
lieferbar innerhalb 1-2 Wochen
(soweit verfügbar beim Lieferanten)
-15%
EUR 18,99**
EUR 15,99*
Versandkosten
Between 1956 and 1965, Lonesome Sundown produced some of the toughest, consistently high quality black music to come out of J D Miller's Crowley, Louisiana, studio. Released on Excello, these blues (both down-home and urban), ballads and rock 'n' roll produced not one cross-over hit, though as Jeff Hannusch points out in his sleevenote 'the fact that he stayed with the label that long' (for sixteen singles) 'indicates he was a consistent seller in black southern markets'.Born Cornelius Green on 28 December 1928 at Donaldsonville, Louisiana, Sundown worked variously by day in the sugar cane fields, as a porter and an oil refinery worker, and at night practised his guitar. He began playing second guitar with his idol Clifton Chenier (see also under Let's Go Zydeco) and in 1955 cut sessions with him in Los Angeles (notably The Cat's Dreamin'). Sundown first recorded for J D Miller in late summer 1956 and his debut was the memorable, doomy Lost Without Love (included here). Equally impressive were the sides he cut with harmonica player Lazy Lester and guitarist Guitar Gable in 1957, among them Don't Say A Word and I'm Your Mojo Man.

Horns were added for Lonesome, Lonely Blues and I'm Glad You're Mine and a more contemporary blues production informed the previously unissued I'm A Young Man and the final Excello single It's Easy When You Know How. In 1965, Sundown left the blues for the church, taking up day work as a construction worker. He made a comeback album for the Joliet label in 1977 and toured for a while, but eventually left music. Sadly, he suffered a serious stroke in 1994 and is unable to speak. His classic music, though, continues to tell his story.