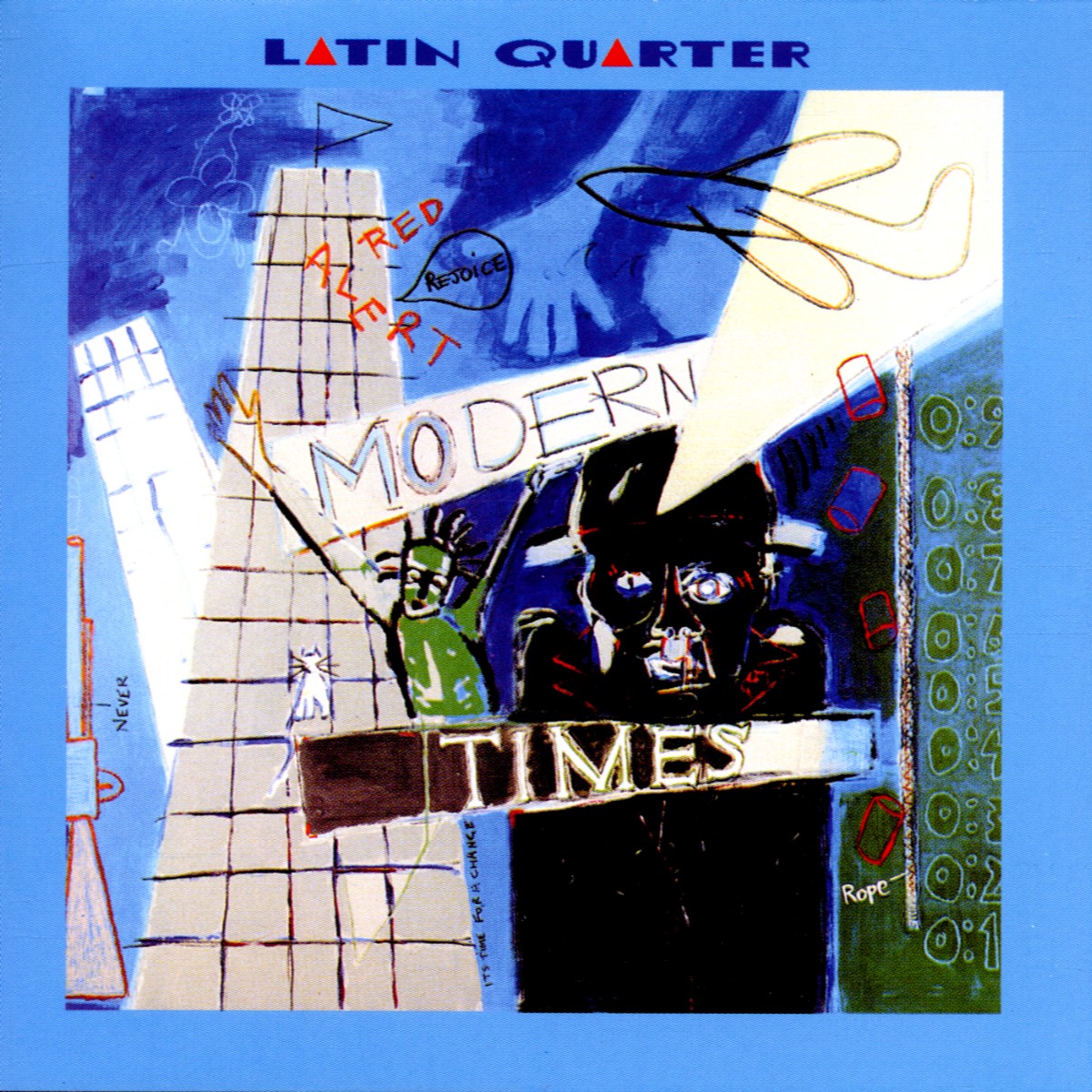 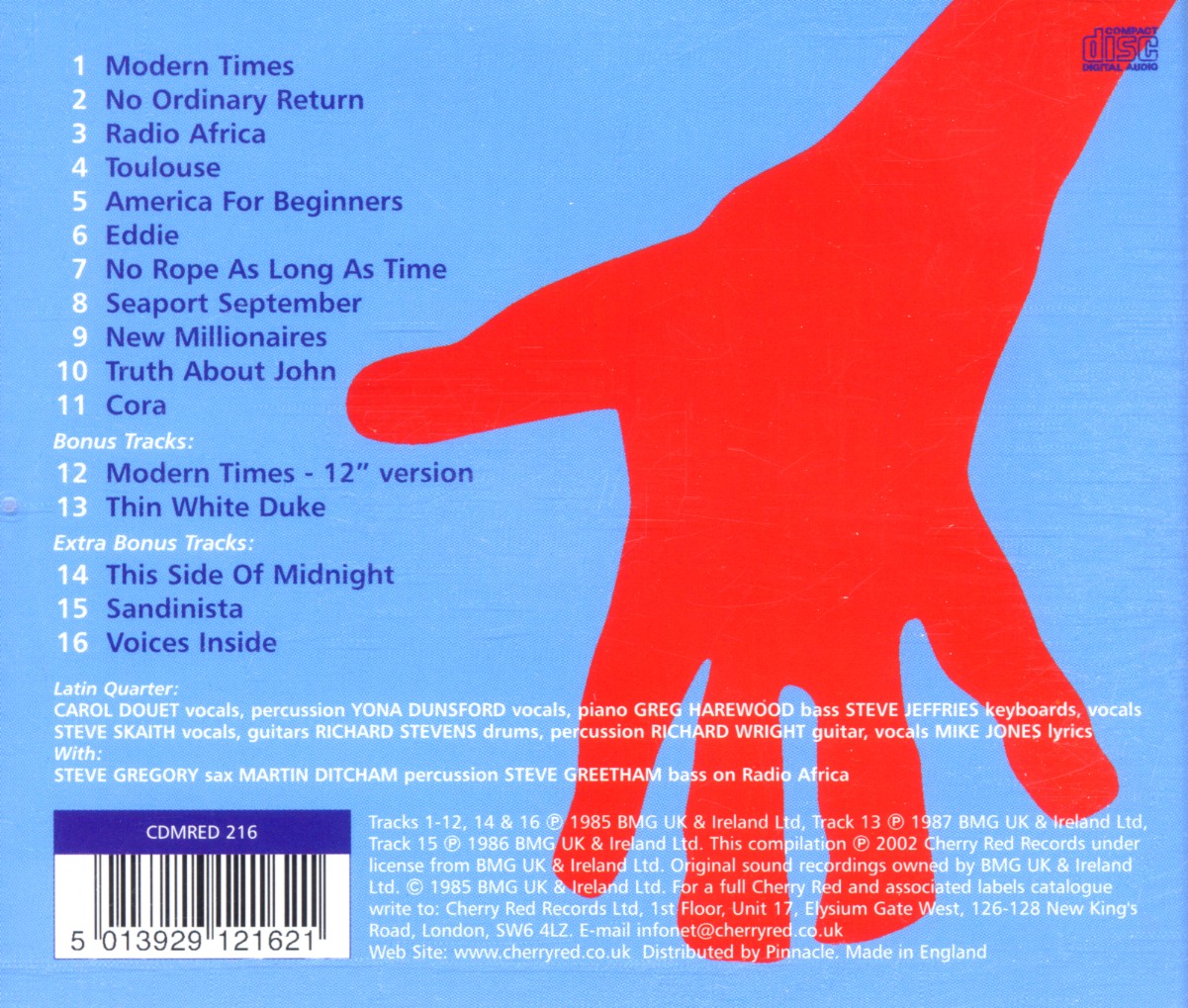 Latin Quarter were a very influential band of the 1980's. Known for their unique brand of social conscience lyrics and a unique blend of folk, reggae and rock styles created 'their own' sound. This CD release of the band's first album, the much acclaimed "Modern Times" was originally released by Arista in 1985. The band enjoyed some chart success with the excellent "Radio Africa' which reached number 19 in the UK charts in 1986. The album also features 5 bonus tracks not featured on the original release.