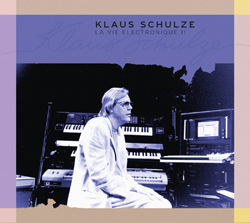 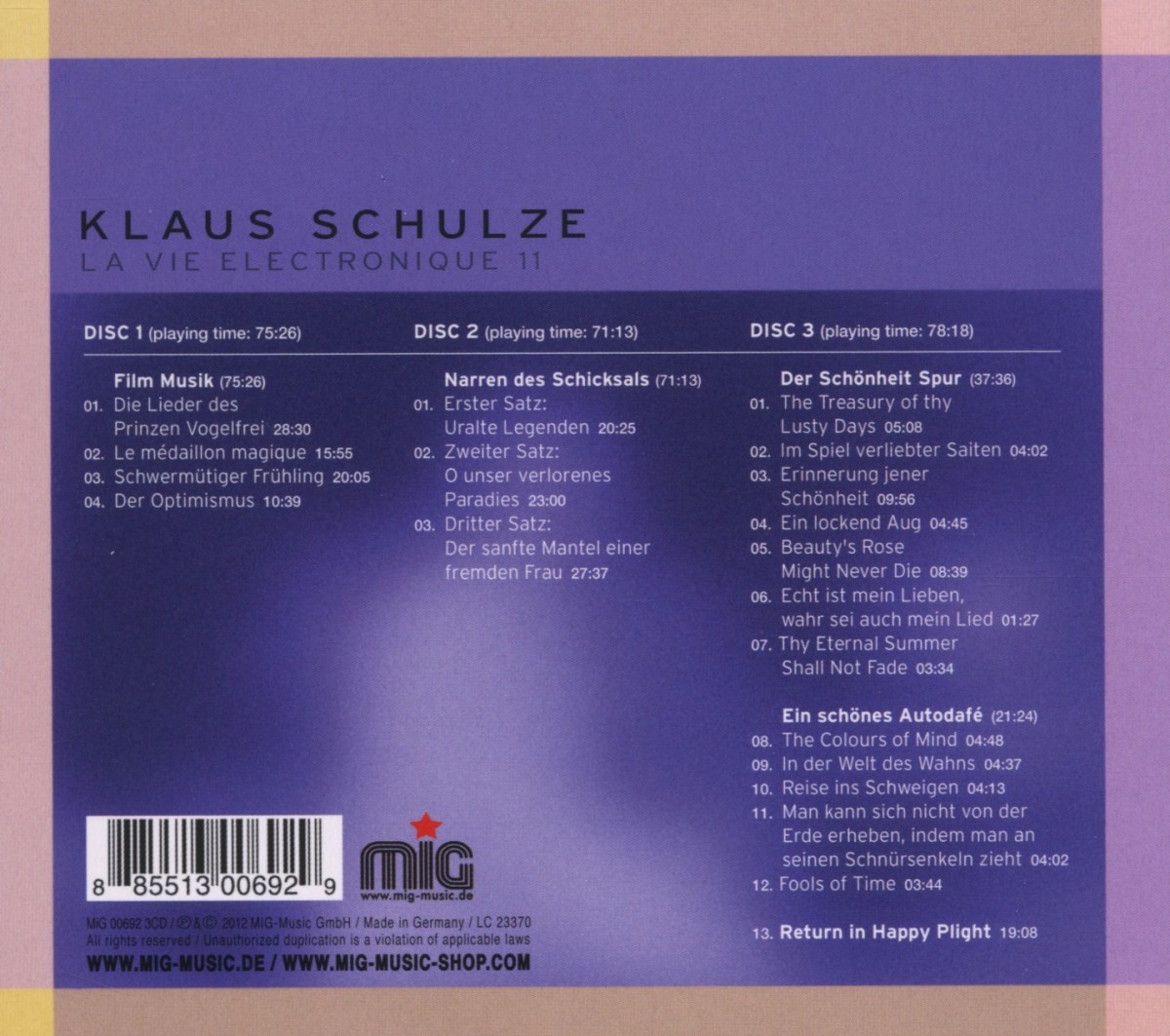 DISC 1:
The four parts of "Film Musik" contain the complete music for the soundtrack to the 1993 German tv documentary "Spurensicherung. Baudenkmäler",

DISC 2:
Klaus called the 71-minute piece "Narren des Schicksals" his first symphony. It was recorded in 1992/'93 for no special purpose.

Track 1, "Der Schönheit Spur", is the longer version of the music Klaus recorded 1993 as soundtrack for a film about Berlin's Potsdamer Platz, and the final track ("Return in Happy Plight") is the remixed version which was actually used for the film. "Ein schönes Autodafé" was meant but not used as ballet music for Klaus' opera "Totentag". It was recorded during Klaus' intense sampling era in 1993.