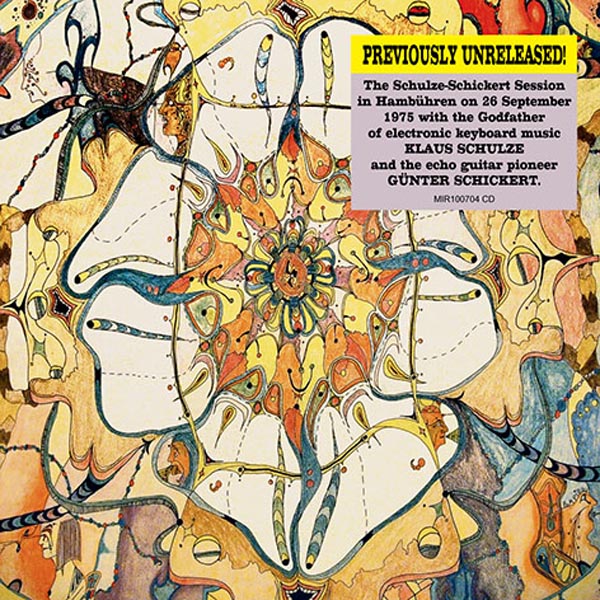 For the first time, from the vaults of electronic music guru, Klaus Schulze, comes The Schulze-Schickert Session, a rare and previously unreleased private session featuring echo-guitar pioneer, Günter Schickert.
Recorded on 26 September 1975 in Klaus Schulze's home Studio in Hambühren, Germany, Schulze can be heard playing an EMS Synthi A, as well as keyboards, and a Syntanorma, while Schickert plays a 12-string Framus with metal strings and also sings on a few tracks.

Although Schickert's name is little-known outside of a very select circle of krautrock fans, he was a key member of the Berlin free jazz scene of the 1960s and a pioneer of the echo-guitar.

Just prior to the recording of this informal session, Schickert's first LP, Samtvogel, was released on the seminal Brain label.

On the two bonus tracks, found only on both CD versions, Schickert's playing ebbs, as Schulze takes on the more dominant role.