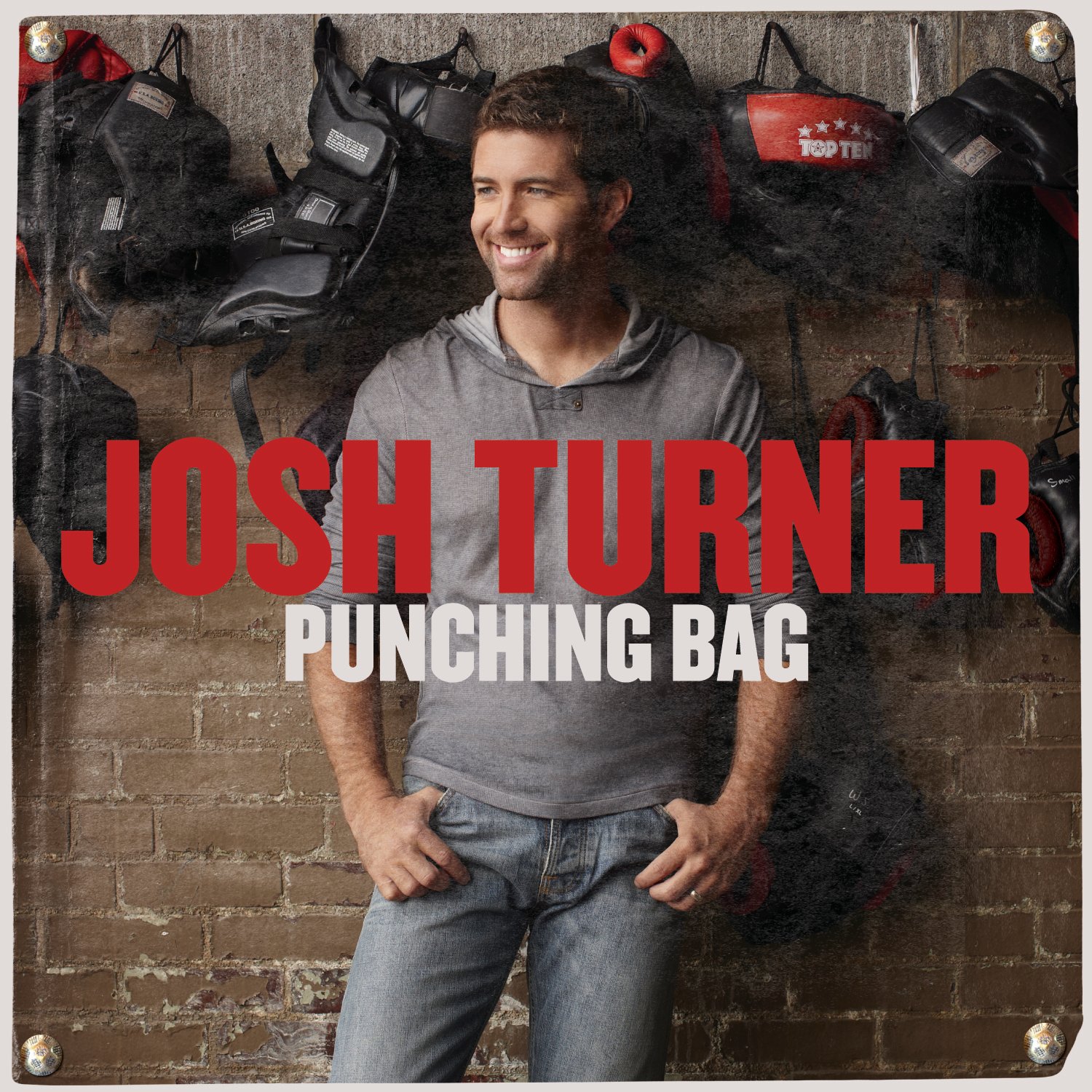 Josh Turner
I Serve A Savior
CD
EUR 7,99*
As a family man, a philanthropist, a devoted Christian, and a passionate sports fan, you might say Josh Turner’s commitments run as deep as his voice.

Of course, he’s also a double-platinum-selling singer, songwriter and disciple of traditional country music, a mentor to up-and-coming artists —and one of the youngest members of the Grand Ole Opry.

All of those layers construct Josh’s new album, Punching Bag. His fifth for MCA Nashville, the record is a knockout collection of bluegrass-influenced barnburners, lonesome laments, and the slow and steady love ballads on which Josh’s trademark baritone excels.

The follow-up to 2010’s Haywire, which yielded the No. 1 hits “Why Don’t We Just Dance” and “All Over Me,” Punching Bag represents Josh in fighting shape. Throughout all 11 songs, he bobs and weaves like a champ, exhibiting new range in both his voice and his songwriting. Josh penned eight of the record’s eleven tracks, including the rollicking title song that, he says, set the tone for the entire project.

“When the idea for ‘Punching Bag’ came along, it really hit me,” Josh says, pun intended. “It became the central idea for this record.”

Ironically, the up-and-at-’em tune was inspired by a particularly down day for the singer. “I’ve learned that songs come to you in various ways, from all different angles,” he says. “Nothing was going my way that day, and I felt like I was up against the world. When I got home, my wife Jennifer and I were talking about things that happened and I said, ‘You know, I just feel like a punching bag, like life is beating me up.’”

Soon, Josh was off and writing, brainstorming lyrics with one of his most trusted creative partners, Pat McLaughlin.

(joshturner. com) “I wanted to express the idea that life is tough,” he says. “You get a lot punches thrown at you and a lot of times you’re not in control. But you have to take those punches and keep moving forward,” he says.

This is exactly the position Josh found himself in while making the album.

“With this record, I had just gone through a lot of craziness in my life,” recalls the father of three young boys: Hampton, Colby and Marion. “We had just had our third child and I had spent two years building a writer’s cottage, a log cabin for me to write in. It was a very stressful time getting all that done.”

But when the bell rang, Josh was still standing. And with something to show for it--all eight songs that Josh wrote or co-wrote for the album were conceived in that very cottage on his Tennessee property. A refuge from the distractions of life, the cabin, with its wraparound porch and stone fireplace, also serves as a depository for Josh’s priceless musical mementos. “It has all the awards I’ve won over the years, a red, white and blue Telecaster that Buck Owens gave me and an original ceiling joist from the Ryman auditorium,” he says. “They’re all things I hold dear.”

Consider it the “Cottage that Music Built.” As such, it holds a special spot in his process as a musician. “It’s turned out to be quite an inspirational place. It’s where I allow myself to think, be creative and make mistakes along the way,” says Josh, who encourages music and arts students in his native South Carolina to follow their own muse via his Josh Turner Scholarship Fund.

That uncluttered approach paid off in some of Josh’s most clever compositions yet, all highlights on Punching Bag. With a photographer’s eye and novelist’s vocabulary, the Grammy, CMA and ACM Award nominee has developed a Mark Twain-like knack for turning common phrases on their heads.

“I’m very observant of what’s going on around me,” Josh says. “I like to take phrases that people use in everyday life and use them to my advantage. You hear people say, ‘They gave me the cold shoulder,’ but they don’t go beyond that. If it’s something that has been said before, I want to say it in a different way.”

In “Cold Shoulder” he does just that, using that term to address not just a one-time brush-off, but the progressive dissolution of a romance. Elsewhere, in “For the Love of God,” he transforms the phrase from one of frustration to one of jubilant intent, while the notion of the “right hand man” sidekick is redefined as a loyal husband in “Left Hand Man,” one of two songs Josh wrote with Peach Picker Ben Hayslip.

With help from his longtime producer Frank Rogers, Josh has a gift for selecting just the right material from other sources, like the album’s first single “Time Is Love,” written by Mark Nesler, Tony Martin and Tom Shapiro.

“When I’m looking for outside songs, I look for songs that I probably wouldn’t write myself,” he says. “‘Time Is Love’ is a song that speaks to the idea of quantity of time versus quality time. Quantity time—getting to know people better and growing relationships—is the more important thing.”

It was that sense of fragility that inspired one of the most haunting cut on Punching Bag, “Pallbearer.” The song was partly inspired by the death of one of Josh’s relatives that he looked up to and admired. When Josh learned that his dad had helped carry the casket at the man’s burial, the grieving writer retreated to his cottage and put his feelings to paper.

“It’s about how lonesome a person can feel,” he says. “And being a pallbearer at a funeral is pretty lonesome.” Featuring mandolin from Marty Stuart and backing vocals from Iris DeMent, the song adopts the idea as a metaphor for a man jilted by his lover. Written, naturally, in a minor key, the song is one of the most compelling and poignant songs on the album.

Punching Bag, pound for pound, may be Josh’s most ambitious and confident record to date. He’s never sounded so focused, so committed—or as he puts it—fearless.

“Fearless is being confident, faithful, and having trust in something that is bigger than you, and I think that’s a good description of me,” Josh says. “These songs are like a barometer for where I am in life, both in my age and in my experiences. They tell a story about me that nobody else can. I’m very confident and secure in the kind of music I’m making.”

In other words, he’s ready to come out swinging.