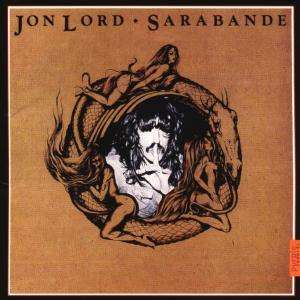 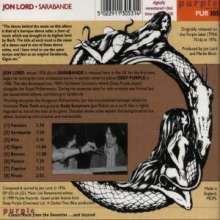 Jon Lord
Gemini Suite (2016 Reissue)
CD
EUR 10,99*
Founder member of Deep Purple, keyboard player Jon Lord needs little introduction to rock audiences. Yet classical music had been a huge part of his musical education, and echoes of his love for the genre imbued the early Deep Purple albums. His interest was then channeled into a series of classical / rock experiments which lasted throughout the seventies. They began with the famous Concerto For Group Orchestra (released in 1970), followed by the studio project Gemini Suite in 1971. A third attempt to further the cause was the experimental Windows album in 1974, and the series culminated in 1976 with the subject of this reissue, the superb Sarabande, issued just as the band Deep Purple were on the verge of splitting. Purple Records was the original home of most of these albums, and Sarabande is the first of their collectors editions, digitally enhanced and in its original sleeve.

For this album, Jon Lord based his material on a set of dance suites, interpreted with a string orchestra and modern rock instrumentation. His own keyboard playing was stunning, ranging from gentle piano work to heavy Hammond organ riffs. The guitar was played by Andy Summers, just prior to his joining The Police, and is some of the best material he ever laid down. Needless to say the original album got lost in the storm of Deep Purple's 1976 UK tour and the split, and was quickly deleted. Now a collectable piece of vinyl, the recording has never been issued on CD in the UK before, and is here carefully remastered from the original quarter inch masters discovered at Abbey Road. Jon Lord's classical forays have never been fashionable, but they have been influential and today they are widely studied at colleges and universities around Europe. For this reissue we have comprehensive notes which tackle the music from a scholarly perspective, backed by contemporary reviews, pictures and memorabilia, as well as a discography.