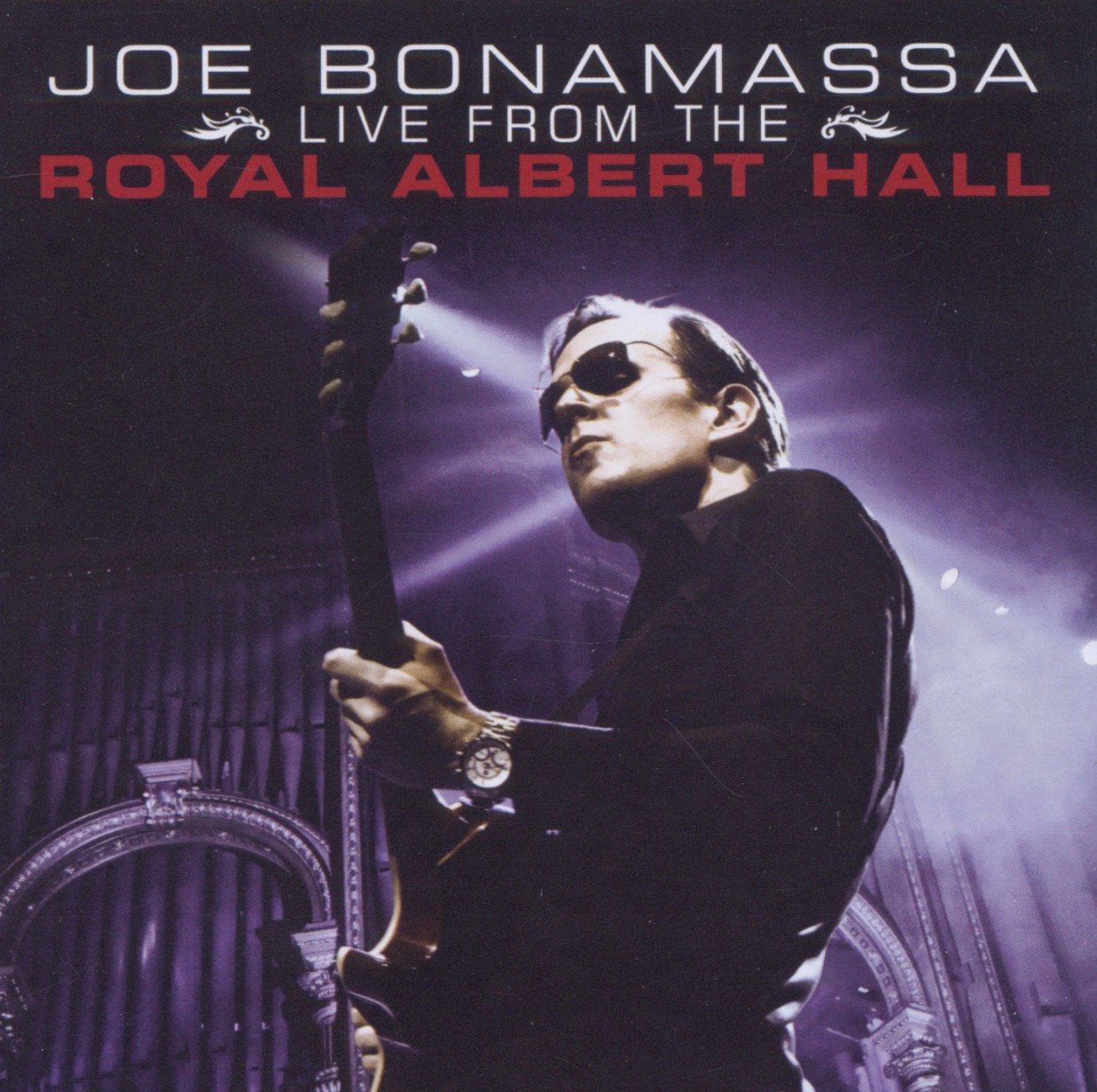 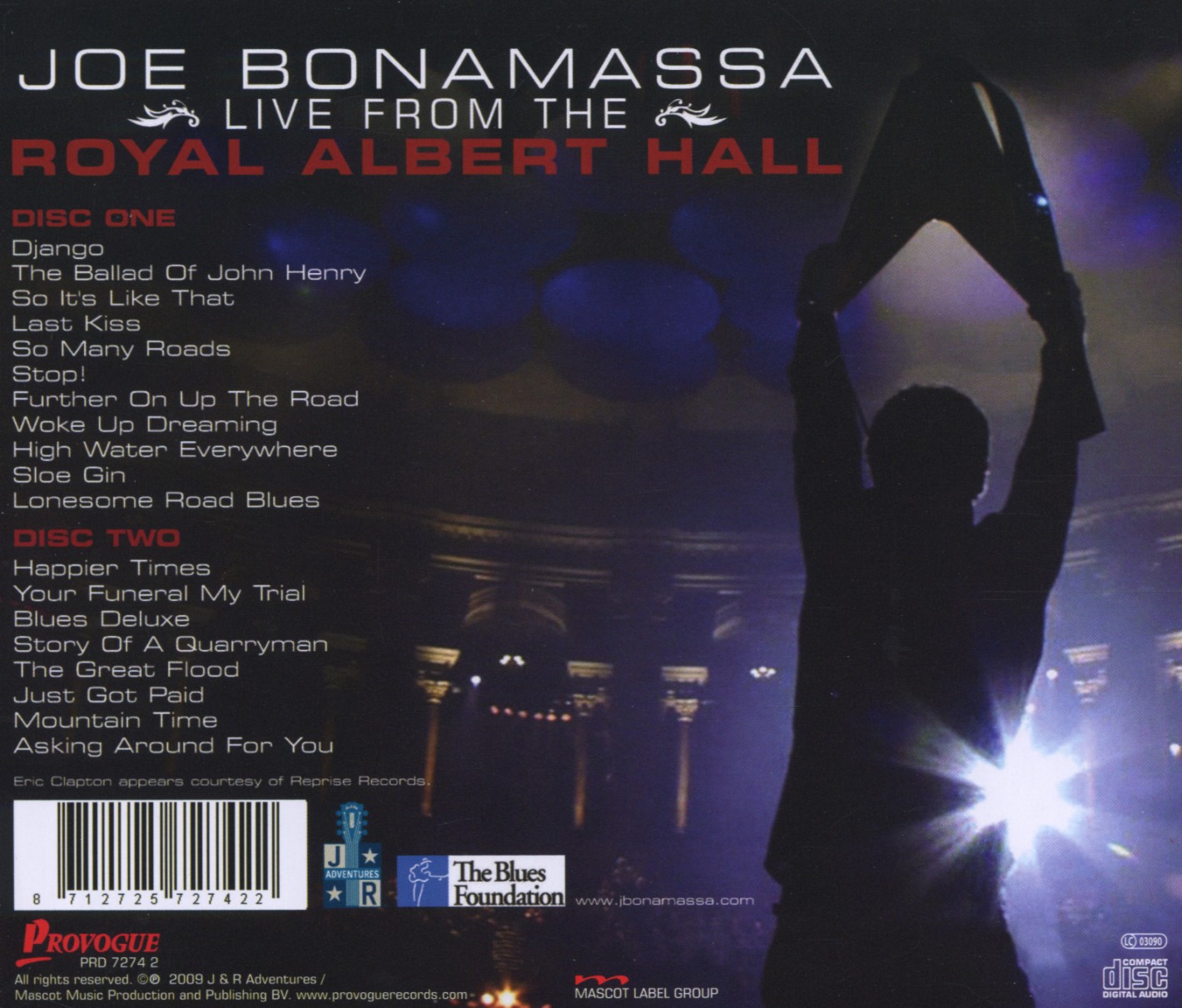 + Eric Clapton
When Joe Bonamassa took the stage at Royal Albert Hall in May 2009, he fulfilled a dream he’d held since first picking up a guitar as a kid in upstate New York. The sold-out concert—fresh off the release of his album The Ballad Of John Henry—marked Bonamassa’s headlining debut at arguably the most prestigious concert venue in the world. “May 4, 2009 was a day 20 years in the making,” says Bonamassa. “I have never been so honored in my life. It was truly larger than the sum of its parts.”

The two decades he’s referring to began when—at age 12—he first opened for blues icon B. B. King, who said, “this kid’s potential is unbelievable.” King’s words are as fitting today as they were then. Bonamassa averages 200 shows every year, and with each gig, he comes more into his own as a virtuoso and a vocalist. At the Hall, Bonamassa had the added honor of being joined onstage by the legendary Eric Clapton. The Times of London cited Joe’s “searing excellence and showmanship,” and Planet Rock said, “The sight of two of the world’s best guitarists trading solos was more than a little thrilling.”

This two disc digipack DVD, which also features an exclusive interview with Bonamassa, presents that magical night in full—for posterity, and for all the fans that couldn’t be among the roughly 4, 000 concertgoers filling the seats. The twelve-camera high definition, surround sound shoot was produced by Bonamassa’s longtime collaborator Kevin Shirley.

“Joe Bonamassa is a big star amongst his peers,” says Shirley, “garnering awards and magazine covers all around the globe. While he has a devoted audience that’s growing worldwide, his rejection of major label deals in favor of paving his own musical path has left the mainstream largely unfamiliar with his extensive repertoire and skill. Hopefully, this incredible performance—featuring Joe accompanied by an incredible band in addition to a guest appearance by Eric Clapton—will put an end to that. Directed by groundbreaking filmmakers Sam Dunn and Scot McFadyen, this concert experience will become the benchmark for the genre. But pigeonhole Bonamassa at your peril—sure, the blues is the anchor, but this virtuoso refuses to play inside the box. Any box. Enjoy!"