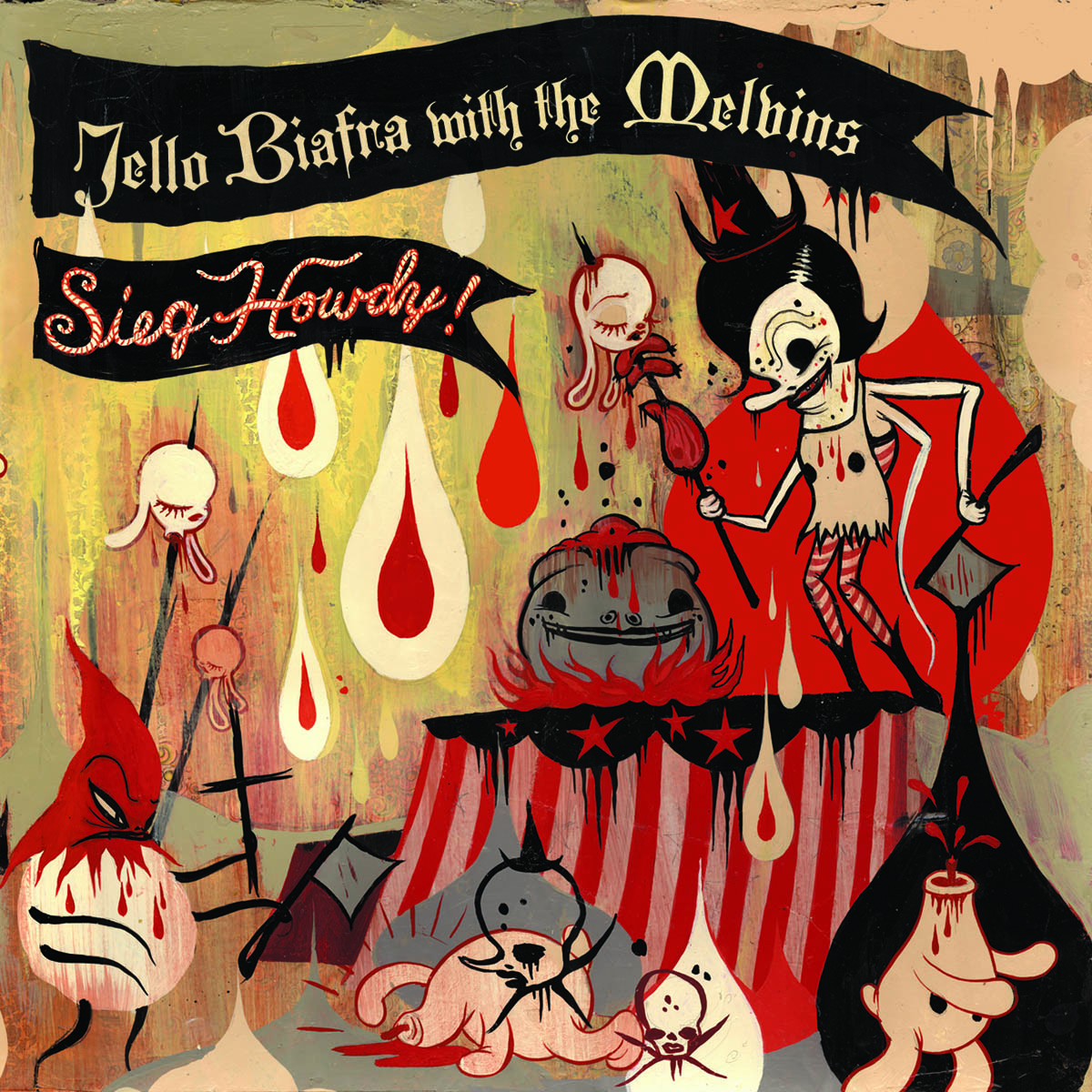 Like WW I had its WW II and the Gulf War had its Iraqi Freedom, you can't expect an event of epic proportions to end without proper follow-through: hence, Alternative Tentacles presents the second installment from JELLO BIAFRA and the MELVINS! "Never Breathe What You Can't See" (2004) fed the world, in alternating fistfuls, the MELVINS' sonic brutality and BIAFRA's erudite lyrical jesting-and the world cried for more. Sieg Howdy features songs recorded during the Never BreatheS sessions, as well as remixes by AL JOURGENSEN (MINISTRY, LARD), DALEK, and DALE CROVER (MELVINS). And you know that BIAFRA, the consummate record collector, would not even think of releasing another record unless it's good enough to stand on its own! It doesn't matter if you missed the boat the first time or if you couldn't get enough, the dominion of JELLO BIAFRA and the MELVINS is far from over: be prepared yet again to let the most twisted minds in rock detonate your mind. Vinyl will be in color!