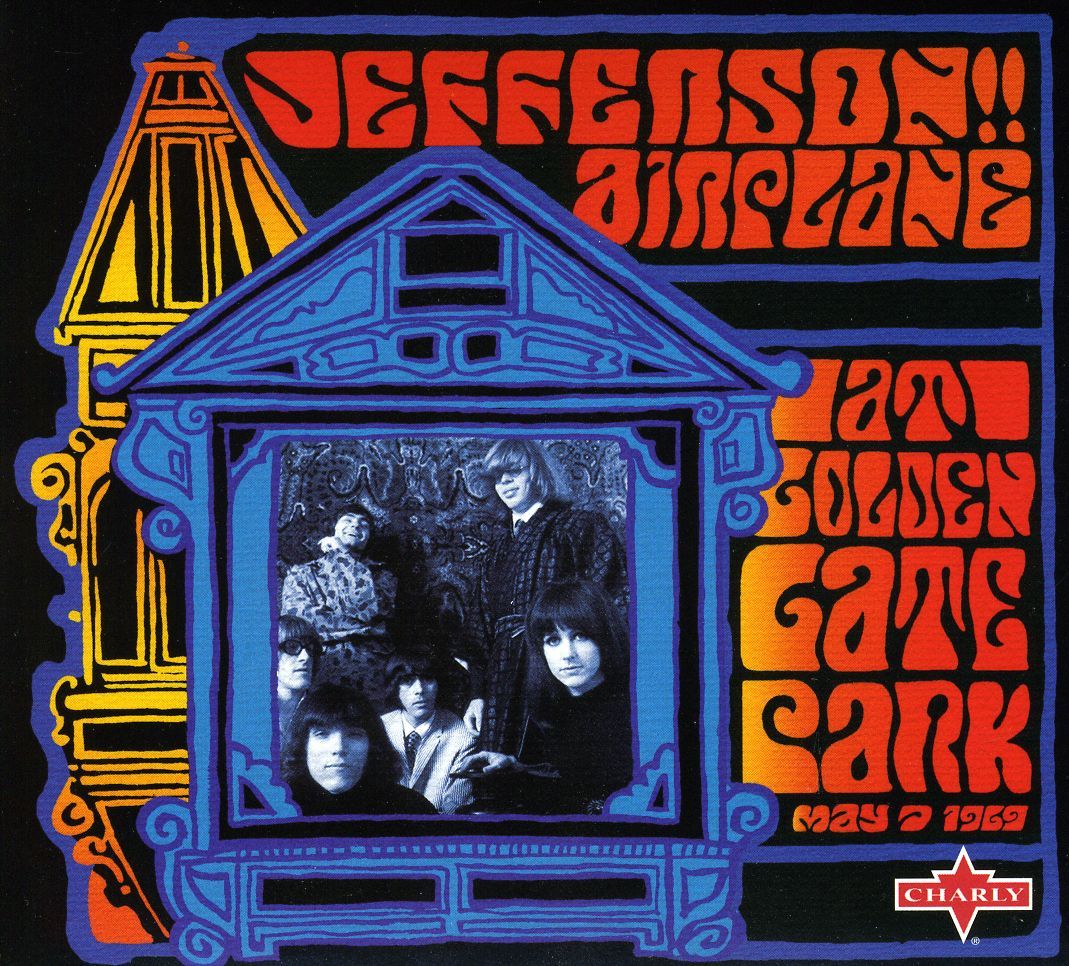 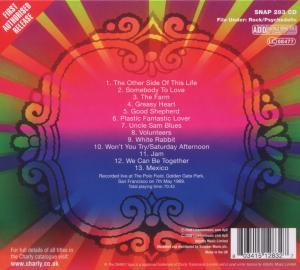 The first authorised release of the psychedelic legends' classic San Francisco gig from 7th May 1969.

The outdoor venue of choice for San Francisco’s psychedelic bands and their fans, Golden Gate Park hosted many concerts, happenings and love-ins in the late Sixties.

One of the most famous of these was held on the afternoon of 7th May 1969 when Jefferson Airplane shared the bill with The Grateful Dead.

Although Jefferson’s memorable performance has been available in the past in the form of inferior bootlegs, this CD release marks its first authorised release. Using the very best available audio source, they have been meticulously restored and have never sounded better.

The concert captured the group at the height of its creative powers and its popularity. Within a few months of it they went on to feature on the bills of two of the most famous and talked-about music events of the time, the legendary Woodstock Festival and The Rolling Stones’ ill-fated Altamont concert.

The gig features tracks from the recently released ‘Volunteers’ album alongside live favourites from their earlier days including their two biggest hit singles, White Rabbit and Somebody To Love.

Also featured are three rarities in the form of one of their trademark improvised jams which showcased their brilliant musicianship, plus two non-album and rarely-heard numbers, ‘Mexico’ and ‘Uncle Sam Blues’. (charly. co. uk)