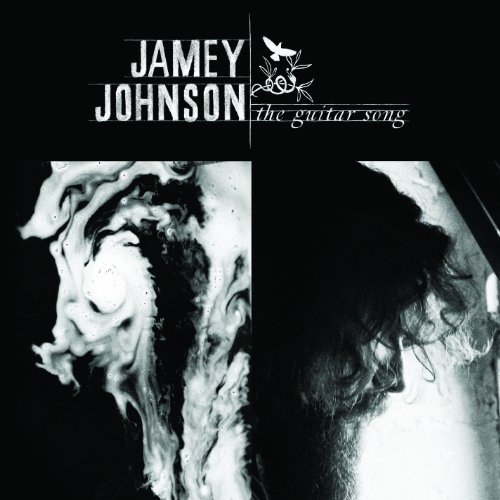 Sting
Duets
EUR 17,99**
CD
EUR 16,99*
* Digipack
Acclaimed singer-songwriter Jamey Johnson has been showered with plaques, trophies and award statuettes, but they aren't the answer to his dreams.

"My dream already came true," says the Alabama native who has rocketed to Nashville stardom. "All I ever wanted was to get to just ride around and sing country music. It's cool when things happen along the way, because those are things I never thought I could achieve. But whatever happens, I'll just keep on doing what I do. I wake up every day and go play some more country music."

The things that have happened along the way include songwriter awards for 2005's "Honky Tonk Badonkadonk," which Jamey co-wrote for Trace Adkins. In the spring of 2007, the Academy of Country Music gave Jamey a Song of the Year award for co-writing the George Strait hit "Give It Away," and the Country Music Association did the same later that year.

Mercury Records issued his album That Lonesome Song in the summer of 2008, and the collection was universally hailed as a masterwork. Rolling Stone, The New York Times, The Wall Street Journal, The Washington Post, Esquire and The Los Angeles Times are just a few of the major publications that sang its praises.

The disc led to invitations from Willie Nelson to play Farm Aid and to appear on Letterman and Leno. In April 2009, the album earned Jamey a Gold Record. The set's "In Color" was named the Song of the Year by both the ACM and the CMA. During 2009 and 2010, Jamey collected five Grammy Award nominations. He toured with country titan Hank Williams Jr. and was one of the few country acts asked to play the massive Bonnaroo festival in June 2010.

In the midst of all of this, Jamey Johnson worked little by little on the landmark project that has become The Guitar Song. It is a 25-song, double album with thematically linked sets of songs dubbed the "Black Album" and the "White Album."

"The original idea was always to do a double album," says Jamey. "It is an album that is a tale. The first part of it is a very dark and sordid story. And then everything after that is progressively more positive, reassuring and redemptive."

The "Black" songs include the menacing, partly spoken "Poor Man Blues," the intensely defiant "Can't Cash My Checks," the sighing and bluesy "Even the Skies Are Blue" and the chillingly aggressive "Heartache." The lighter, "White" songs are highlighted by the strongly autobiographical "That's Why I Write Songs," the languidly relaxing "Front Porch Swing Afternoon," the rocking "Good Times Ain't What They Used to Be" and the easy-going groove tune "Macon."

The ambitious project's textures are many and varied. "Baby Don't Cry" is a lullaby. "I Remember You" is a gospel song. "That's How I Don't Love You" is a deeply sad power ballad. "By the Seat of Your Pants" tells of life's lessons. The title tune, "The Guitar Song," is told from the point of view of two forgotten guitars hanging on a pawn shop wall. "Playing the Part" and "California Riots" come from feeling out of place as a country boy in Hollywood.

Jamey Johnson is a lover of classic country sounds, and he regularly performs oldies in his stage shows. The Guitar Song contains his versions of Kris Kristofferson's "For the Good Times," Vern Gosdin's "Set 'Em Up Joe" and Mel Tillis's "Mental Revenge." "Lonely at the Top" is a previously undiscovered gem co-written by the late Keith Whitley.

"Picking the songs for it was easy," says Jamey. "They pretty much picked themselves. We just had to decide which album each one went on and at which point on the record should each one occur. Once we decided where each fit, it was a done deal.

"When I did That Lonesome Song, I was in town all the time. It was just a drive to the studio. But this album here, we've had to record things on the fly, on the road, in studios here and there, wherever we were. I think we went around the country five or six times while we were making The Guitar Song."

Recording sessions for the two-hour music collection were held in Los Angeles, Nashville and at Jimmy Buffett's Shrimp Boat Studio in Key West, Florida. The singer-songwriter began working on it in early 2007 and concluded the project by delivering it to surprised staffers at the Universal Music Group offices in downtown Nashville via an armored car and a guard squad of 40 men in April 2010.

That's a typically unorthodox gesture from an artist who has always marched to the beat of a different drummer. He was raised outside Montgomery, Alabama in a family that was poor but highly musical. Like many country artists, Jamey first performed gospel music in churches. Unlike most, he is a formally trained musician who understood music theory as early as his junior-high years.

Jamey Johnson is a study in contrasts. He was raised in a devout household, yet he spent part of his youth drinking beer and playing songs at night on the Montgomery tombstone of Hank Williams. He is deadly serious about his music, yet has a wry and witty sense of humor. With his piercing pale-blue eyes and biker beard, he looks like a hell raiser, but he has the heart of a poet. He seems like a rebel, but Jamey Johnson spent eight years as a member of the highly disciplined U. S. Marine Corps Reserves.

Jamey arrived in Nashville on Jan. 1, 2000, spending every dime he had to make the move. In 2001-2004 he ran his own construction company. Performing in Nashville nightspots led to work singing songwriters' "demo" tapes on Music Row. Word of his talent got around. In 2005, he landed his first recording contract and had a hit with his song "The Dollar."

But when his record-company lost interest, and he went through a painful divorce, Jamey Johnson came to the darkest place in his life. The bright side of this time period was the creation of many of the compositions that became That Lonesome Song.

At first, he intended to put that record out himself. But when UMG Nashville's chairman and CEO Luke Lewis promised complete creative freedom, Jamey Johnson brought his distinctive sound to Mercury Records. In the two years since then, he has been burning up America's highways with his Kent Hardly Playboys band.

"The road is where it's at. I love it. That's where you take country music. You don't get the message out there by sitting at the house. I go out there and meet the people. When I come back home to make an album, I don't want you to second-guess me. I'm telling you what is the right thing, because I'm the guy out there shaking their hands every night."

"Everything comes from God. So when I write, it is my gift to Him. It is my interpretation of what He gave me, the circumstances that I drew the material from. So when I get done with a song, it's not for my fans. It's certainly not for the industry, the trophies, the accolades and the plaques. It is straight from me to God."

"Country musician Jamey Johnson’s double album ‘The Guitar Song’ is simply incredible, and one of the best country albums to be released in a long time." (monstersandcritics. com)

"The playing throughout the album is exquisite; even when Johnson’s mostly co-written lyrics get into dicey territory, as on the ode to birch-rod parenting “By the Seat of Your Pants,” it’s just a joy to listen to him and his band work through their changes. Johnson doesn’t have a huge vocal range, but he knows how to modulate. With “The Guitar Song,” he’s made an ambitious work that goes down easy. Johnson may masquerade as a throwback but what he really aims for is timelessness, and he usually hits his mark." (LA Times)

"At two full CDs long, The Guitar Song is not a full plate of music; it's an overflowing one. The good news is it's mainly comprised of killer, not filler. Jamey Johnson is like a guy you meet at a bar who has an endless supply of stories to tell. And no, none of these stories concern the hard life of a country music star. Instead, his stories carry with them deep philosophical undercurrents because Johnson is deceptively thoughtful." (roughstock. com)

"Its 25 songs each take a while to end and begin. He lets the musicians play on. There’s a thick, colorful atmosphere of guitar, piano, steel guitar, and more. Some songs go for high drama (“Macon”, “My Way to You”, “Heartache”), though always with an intimate tenderness within." (popmatters. com)