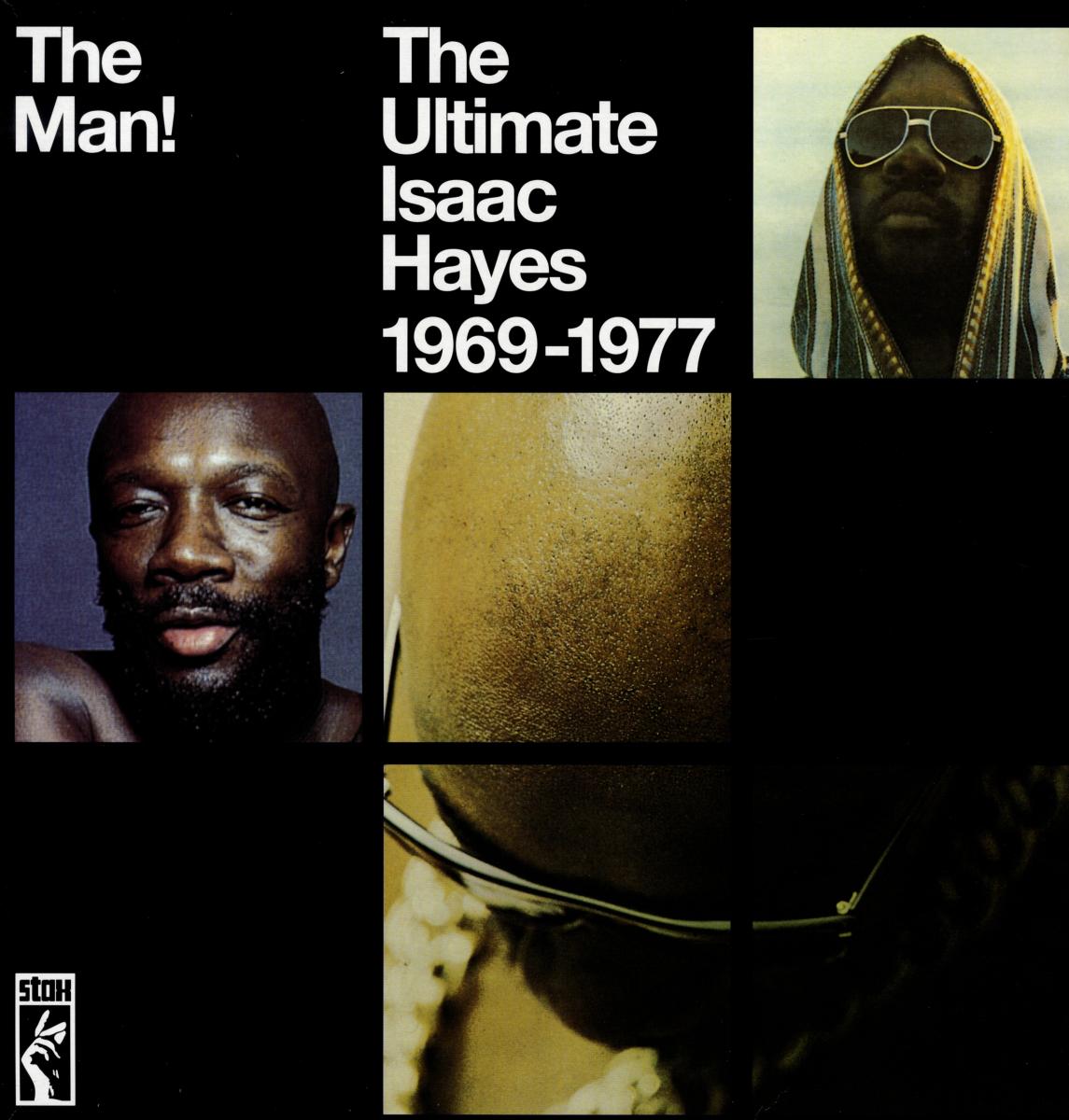 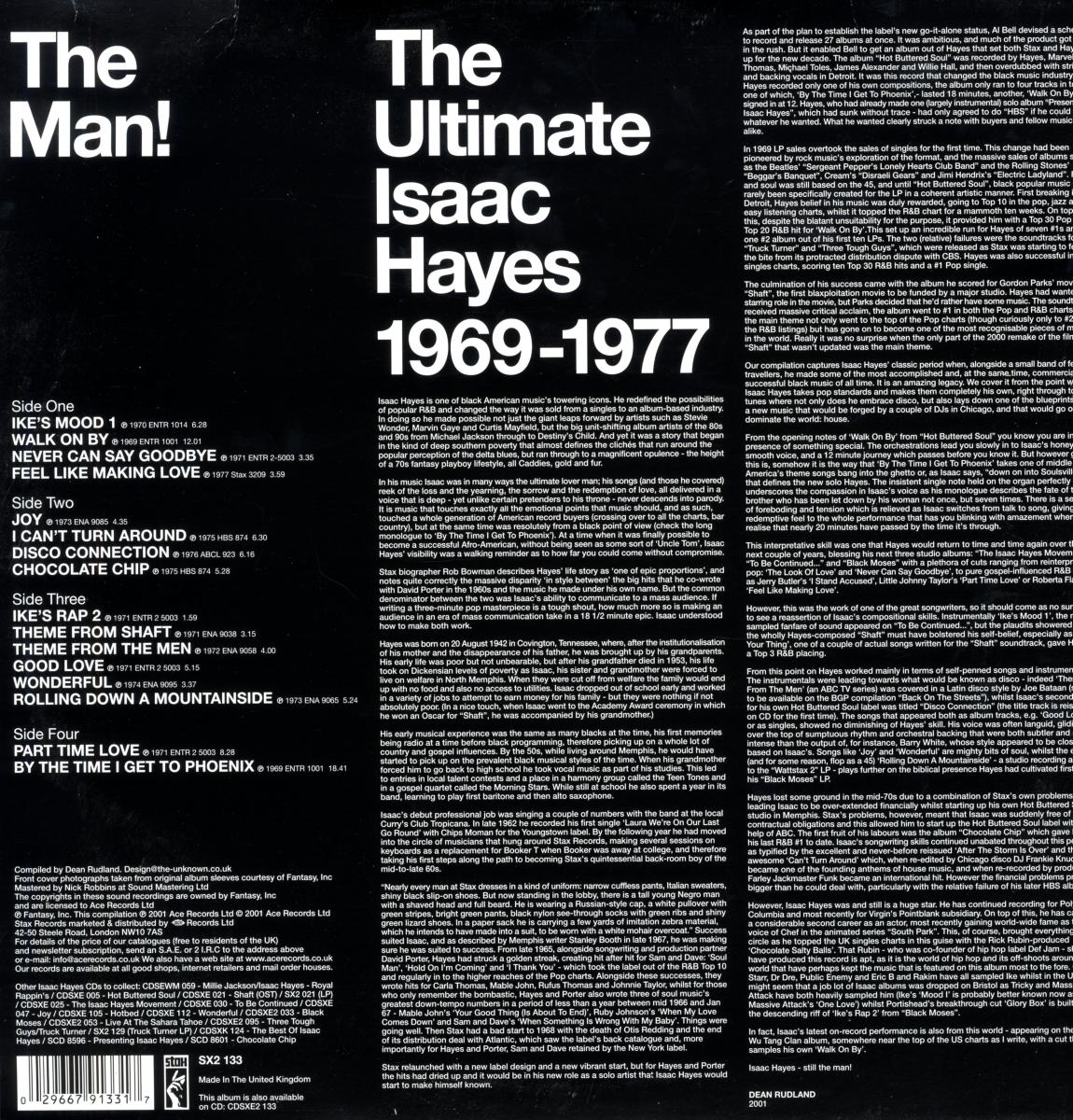 Der Produkttext bezieht sich auf den Artikel Isaac Hayes: Ultimate Isaac Hayes 1969-1977 (CD). Die Informationen, Produktdaten, das Tracklisting etc. können bei diesem Artikel ggf. abweichen.
For a new generation of Isaac Hayes fans who first came to him via samples and some outrageous threads, this is the ultimate compilation of his recordings for Stax and his own HBS productions between 1969 and 1977.

R. Kelly posing Black Moses style on the poster for his new album. Wu Tang's new video on CD: UK - sampling Ike's Walk On By, employing him for extra vocals, and in the final coup-de-grace using his always imposing presence in person. Samuel L Jackson's "Shaft" goes to video - the adverts are there - you know the music.

The Face lines up To Be Continued... alongside the Beach Boys' "Pet Sounds" Scott Walker's "Scott 4" and Air's "Moon Safari", as writer Kevin Braddock terms it "Zen on a CD" moments.

And Radio 2's history of funk is narrated by Isaac Hayes...And somewhere on Channel 4 South Park's Chef is cooking up some Chocolate Salty Balls.

Isaac Hayes is most surely all around us. In many ways he is now the most relevant of his immediate black music contemporaries - the evocative quartet of Isaac, Marvin, Curtis and Stevie - who revolutionised black music by taking it away from the 7 inch single and moving it on to the long playing format. Two of them have now gone and Stevie Wonder, whatever he says, never appears to have the menace that Ike plays so well in the modern media.

Isaac deserves this acclaim. Not only is he an intelligent, gifted artist he is a great songwriter who worried less about getting his publishing on an album than making a great artistic statement. His Hot Buttered Soul was the first album to emerge from a major R&B artist, recorded specifically as an album. It was also a huge success, going high in the Pop, R&B, jazz and easy listening charts. It obviously sold well and suddenly R&B label bosses could see the advantages of letting their artists make album-length statements. Without Hot Buttered Soul and its follow ups The Isaac Hayes Movement and To Be Continued we may never have seen albums such as "What's Going On" or "Curtis" with their extended suites or long, long songs - and would Norman Whitfield have bothered to work on something as outrageous as the 12 minute Papa Was A Rolling Stone?

But Hayes' pinnacle was yet to be reached. Over the period covered by our compilation he scored hit after hit: every studio album virtually guaranteed top spot on the R&B charts. He was making records that combined his incredible voice with instrumentation that would later fuel virtually every act out of Bristol in the 90s. And he beat this by writing one of the finest - with one of the most recognisable themes - movie soundtracks of all time with Shaft. And proudly garnering the respect he so richly deserved, he turned up not with a gaggle of beautiful women, but with his grandmother - who had brought up Ike and his sister through incredible poverty in 1950s Memphis. Sheer class.