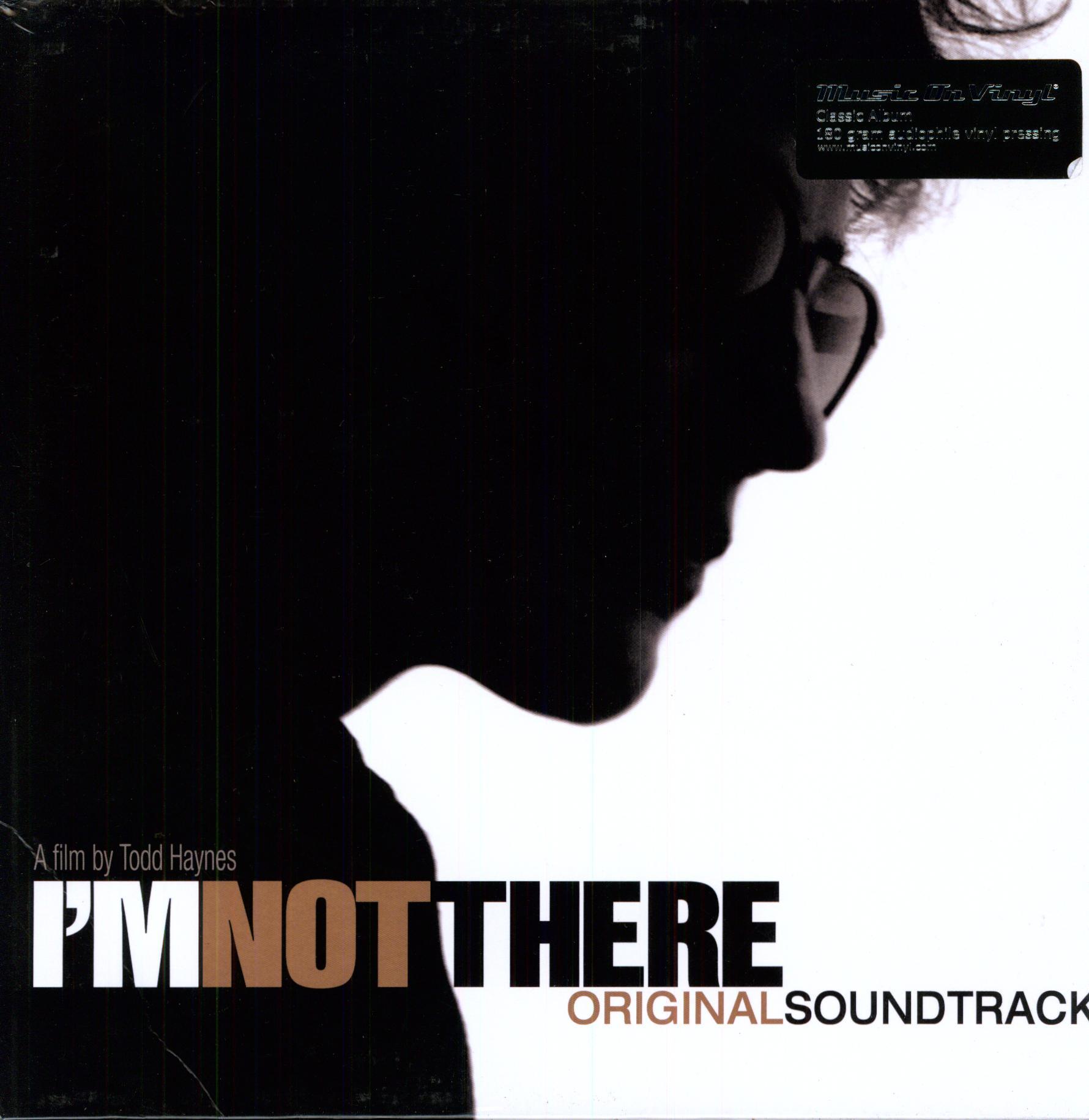 "l'm Not There" is a meta-biographical film re-imaging the life of BOB DYLAN as portrayed by six different actors - Marcus Carl Franklin, Ben Whishaw, Heath Ledger, Christian Bale, Richard Gere, and Cate Blanchett - in six different phases of the artist's life and career.

The 4LP "l'm Not There" features songs from and inspired by this film. The new interpretations of BOB DYLAN songs are performed by an eclectic cavalcade of acclaimed and celebrated contemporary musicians including EDDIE VEDDER (PEARL JAM), SONIC YOUTH, JIM JAMES (MY MORNING JACKET), JACK JOHNSON, SUFJAN STEVENS, MARK LANEGAN and many others!

Other tracks on the album feature the alternative-country band CALEXICO backing up artists. "l'm Not There" includes two versions of the enigmatic title track, a new interpretation performed by Sonic Youth and the original BOB DYLAN recording, a rare often-bootlegged outtake from "The Basement Tapes" sessions which has been unavailable on any official release for a long time.