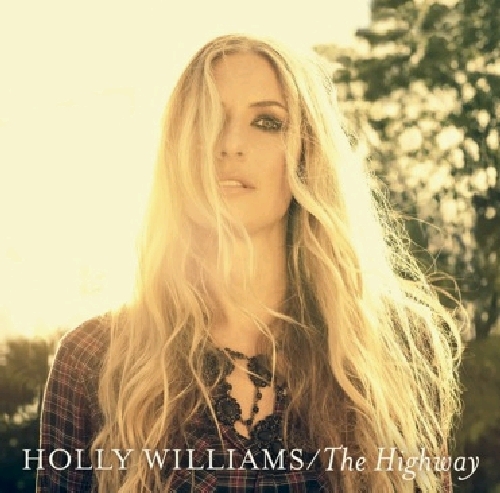 Johnny Cash
American IV: The Man Comes Around (180g)
2 LPs
EUR 29,99*
Part of the key to Holly Williams’ success as a singer-songwriter is that it’s never been her mission to try and live up to the legacy cast by her famous and prolific father and grandfather – Hank Jr. and Sr., respectively – nor has she spent a lot of time trying to live it down. The respect that Holly has garnered as an artist over the course of many years spent building an international fan base, and the release of two acclaimed albums, 2004’s The Ones We Never Knew (Universal South) and 2009’s Here With Me (Mercury Records), has come on her own terms, based on her own sound. Indeed, to paraphrase Freud, sometimes a last name is just a last name.

The Highway finds the 31-year-old artist putting a distinctly personal spin on universal themes like love, loss, conflict, family and desire. The Highway is heavy with references to memories of simpler times and beloved relatives; ruminations on lives destroyed by addiction; our shared need to love and be loved; and an earnest longing for the road.

Holly spent nine months recording The Highway, which she self-financed and will release independently. Just because she went independent on this one doesn’t mean she was by herself. Throughout the process, the Nashville-based songwriter was surrounded by a hyper-talented supporting cast, including co-producer Charlie Peacock (The Civil Wars), her multi-instrumentalist husband Chris Coleman, bassist Glenn Worff (Mark Knopfler), pedal steel guru Dan Dugmore (James Taylor, Stevie Nicks), and friends like Dierks Bentley, Jakob Dylan, Jackson Browne and Gwyneth Paltrow who all make guest appearances on the record.