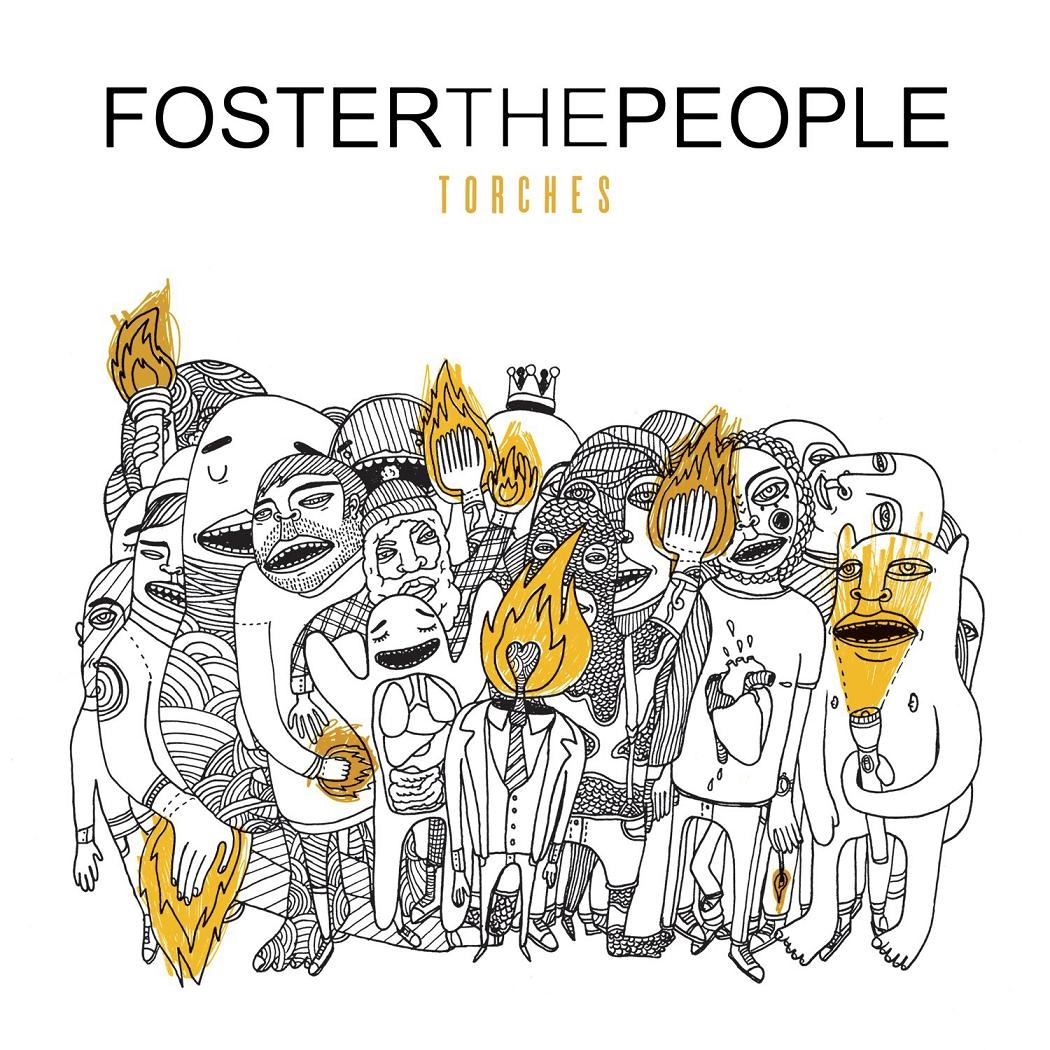 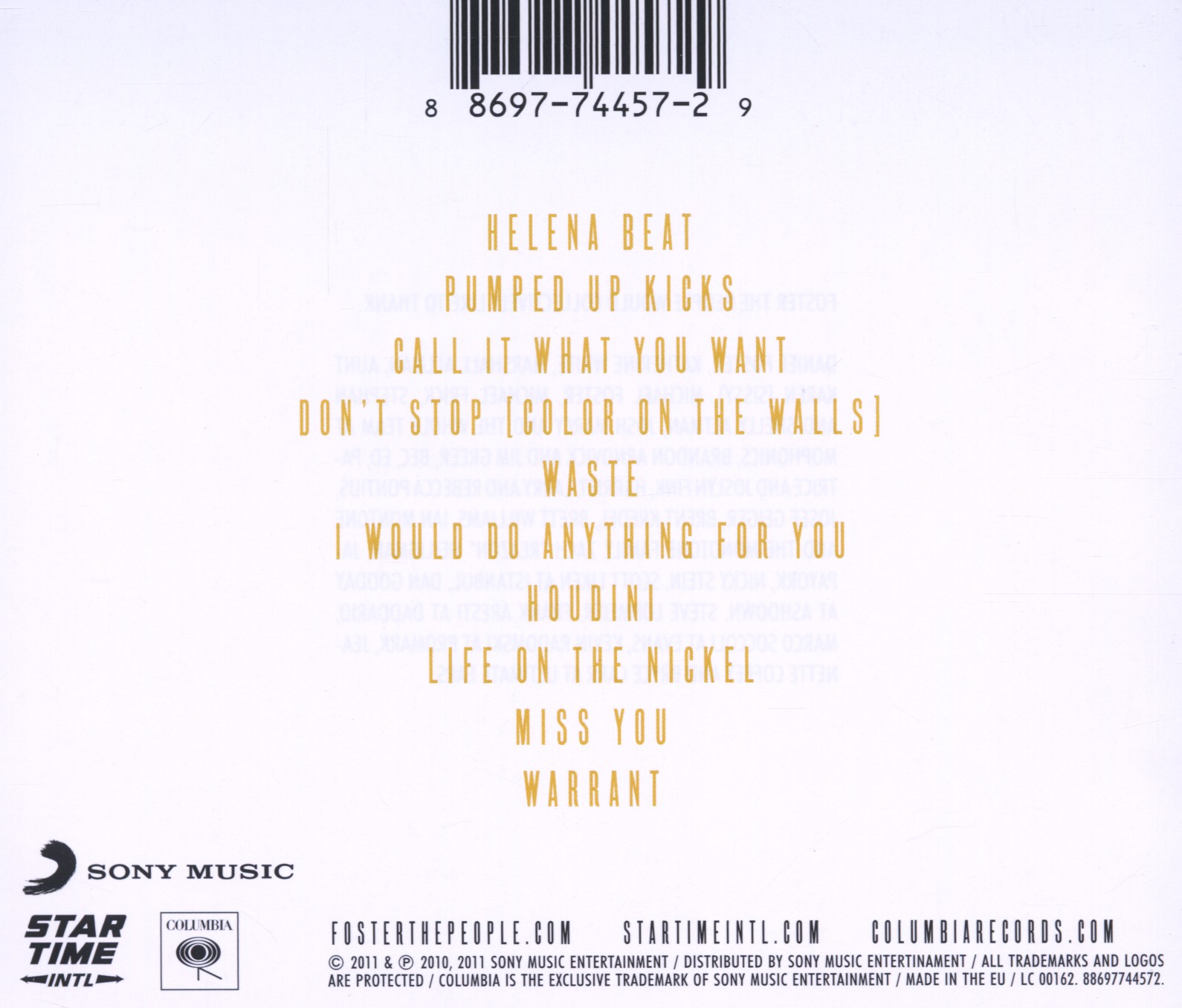 “We just want people to feel better about their lives.”

Mark Foster’s mission statement for Foster The People seems awfully simplistic on first glance, but it’s striking how profound it is in its honesty and rarity. Too often, indie rock is every bit as exclusive and beholden to judgment as the jock culture to which it’s supposed to serve as an alternative. So it’s not surprising that the upbeat band of friends from Los Angeles still feel like outsiders for having such an all-inclusive philosophy – they don’t want to be the hippest band out there, just your favorite. Luckily, their effortlessly cool soundtrack for your eternal summer is likely to accomplish that task.

As a teen approaching high school graduation in his hometown of Cleveland, OH, Foster had no idea where he wanted life to take him. It would be easy to say that he reached a crossroads, but that would imply a clearly dictated path one way or the other. Despite experimenting in a number of bands, none of these attempts pushed Foster to pursuing music seriously. It was a staggeringly honest piece of advice from Foster’s father that set everything into motion. Having witnessed his six-year old son at his happiest after buying him a Beach Boys cassette as a gift, he realized all along where Mark’s true passion lied. “Go out to Los Angeles,” he said. “Try it for a year or so, and if it doesn’t work out, you’re still young and have options.”

With only a few contacts and a high school diploma, the 18-year olds complete freedom inevitably led to total chaos. He’d stay at Hollywood flophouses where Armenian gangsters and a pimp named Pockets were frequent visitors. He’d work a slew of odd jobs so repetitive and thankless that his fondest memories are from delivering pizza. He’d subsist on a single 7-11 hot dog per day. Foster never lost sight of his original goal. A year later, to help transition from fan to songwriter, he relearned the piano after 15 years of dormancy and purchased rudimentary tools for self-production – a simple PC, Cubase software and a MIDI controller. For inspiration, he looked to New Order, Joy Division and David Bowie, legends of synth-pop and post-punk for inspiration.

Four and a half years later, he found himself much like he did in back in Cleveland – rudderless, burned out, and stuck in a situation where anything could happen, but nothing ever did. Though fiercely independent his whole life, he was also wise enough to realize his limitations, and sought collaborations to flesh out his vision: to bring clarity to songs that pulled from pop music in all its iterations. In a city as expansive as Los Angeles, where the musical community is incestuous and everyone is committed to more than one band, Foster was lucky enough to link up with bassist Cubbie Fink and drummer Mark Pontius. It was right about this time that Foster says “the vibe just felt right.” This is probably because each member contributes a complimentary aspect clear to the outsider: Foster as the artistic engine, Fink the emotional glue, and Pontius as the logical and calculated steadying hand.

The addition of Fink and Pontius was crucial to the band’s direction. Without them, Foster’s artistic compass was spinning wildly, a bemused combination of all of his prior interests. Shortly after joining forces in October of 2009, the trio played their first show at the Dakota Lounge in Santa Monica for a crowd of about 30 friends. A humble beginning, but one that made each band member realize they had something real, something to focus on.

As magical as their first show was, it paled in comparison to the buzz garnered around their track, “Pumped Up Kicks”, which was only offered on their website. Then, a friend working at NYLON Magazine asked to use the single in an internet campaign for fashion mogul Anna Sui. A mere month after it became available to the public, the February ’10 issue of BlackBook made a bold statement, saying Foster The People had created “the song of next summer.” Regardless of the season, the point was clear: Foster The People had a hit on their hands.

The band had the world’s attention and they made the most of it. Word of their music spread in a manner that was shockingly quick even in the age of endless internet churn with everyone agreeing on one thing: this was a band on the cusp of an undeniable breakthrough.

Plenty of artists have buckled under the weight of such hype, but what keeps the band focused is the music itself, which Foster describes as “if Brian Wilson and Aphex Twin had a man baby.” He’s only sort of kidding, as it’s precise to say that the complexity of the electronic trickery never overshadows the classicist and ecstatic pop songwriting.

Foster The People isn’t just a pun on its singer’s last name. It’s a manifesto from a band that values the communal happiness of the listener over anything else. (sonymusic. co. uk)