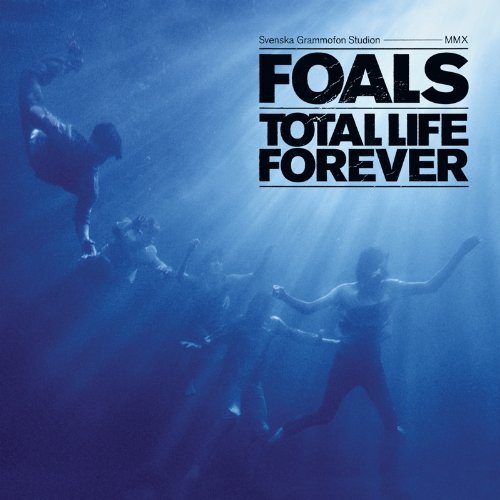 In April of 2008, we at Sub Pop Records had the good fortune to release the US version of Antidotes, the debut album by Oxford, UK quintet Foals. Antidotes was a special album. Two years on from that impressive introduction, a choice has been madeâ€“-rather than contort Antidotesâ€™ lithesome guitars into ever more elaborate patterns, Total Life Forever is the sound of a band settling into and surveying the decay of old protocols. With this new album, Foals strip their sound back and turn themselves inside out searching for that invisible human thing. The result is an album as persuasive emotionally as Antidotes was physically. Whereas that album constantly reinforced its own presence by filling the air with yelping and polyrhythm, tracks on Total Life Forever such as disarming opener “Blue Blood,” “2 Trees” and the astonishing “Black Gold” are happier to leave gaps for the listener to explore in mind’s ear and eye. Written primarily in the basement of their Oxford HQ (“The House of Supreme Mathematics”) and recorded in Gothenburg with former Clor man Luke Smith, Total Life Forever finds Foals singing rather than shouting, emotional as well as functional. The band’s soul-search reveals new antidotes found in infinite, internal spaces rather than carved violently upon the airâ€“-Total Life Forever feels more the work of artists than artisans. It’s a triumph that they’ve managed to remain a band of progress and propulsion while investigating that vast, dark space lurking inside themselves-â€“that gap between ribs where “nature, or god or whatever you wanna call it, will come in.”

Foals
Everything Not Saved Will Be Lost Part 2
CD
EUR 7,99*
alle anzeigen