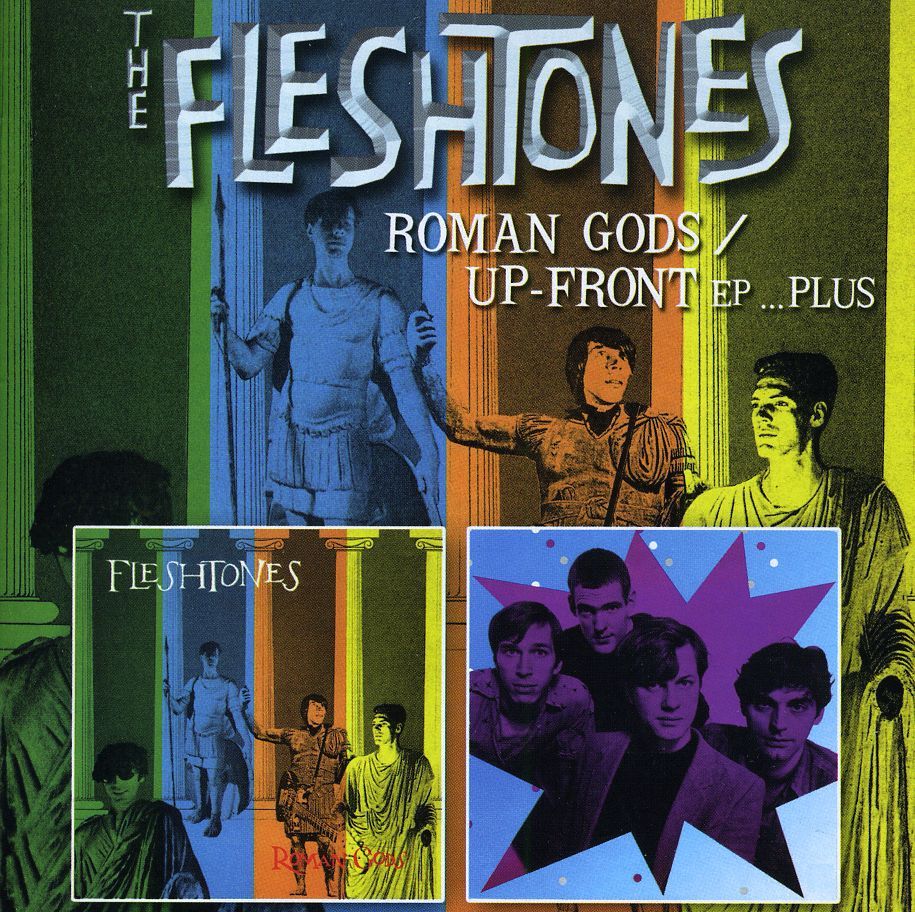 Raven presents two stunning records from one of America’s original garage-rock bands, self-proclaimed Living Legends, THE FLESHTONES. Released on CD for the first time, Up-Front (1980) and Roman Gods (1982) define the band at its peak. Formed in 1976 in Queens, New York by vocalist Peter Zaremba and guitarist Keith Streng, the Fleshtones combine fuzzed guitar and Farfisa organ with 50s rockabilly and 60s R&B into a potent retro stew they called “Super Rock”. Contemporaries of Suicide and the Cramps on the late-70s NY scene, the group became a huge influence on early ‘80s garage-rock revivalists Dream Syndicate, Plimsouls, Hoodoo Gurus etc. Amazingly, they are still at it today, finally garnering respect for being as raucous as ever.

Up-Front and Roman Gods were recorded for Miles Copeland’s record label I. R.S. As a bonus we’ve added a whopping nine tracks from the hard-drivin’ live album Speed Connection II: The Final Chapter. Highlights include the frat-rocking ‘The Girl from Baltimore’, the Standells-like ‘Stop Fooling Around’ and their tasty cover of ‘Ride Your Pony’ one of the great alternative hits of the 1980s.

With superb quality audio, detailed notes and colour booklet, this excellent release is a must for fans of irresistible, reverb-drenched garage / R&B. (ravenrecords. com. au)