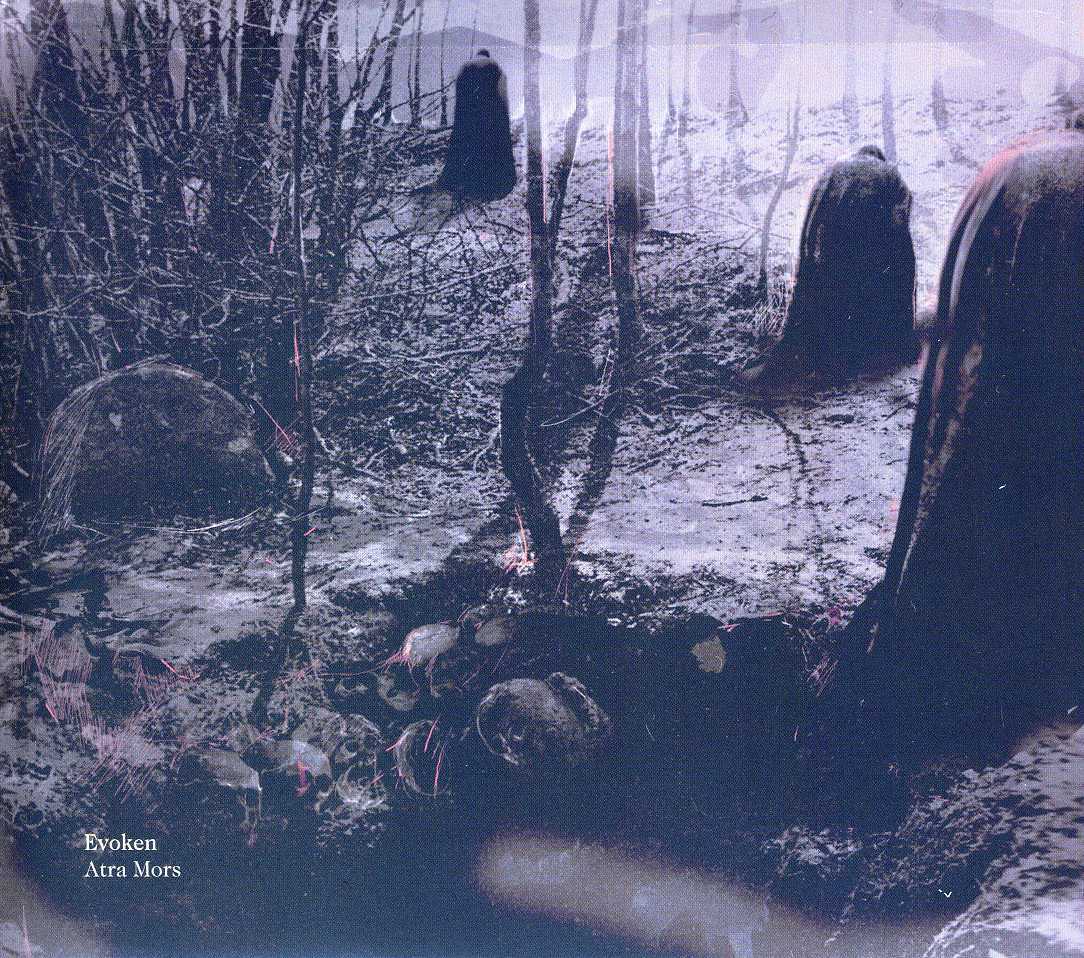 Formed almost 20 years ago, EVOKEN are known as one of, if not the godfathers of epic and atmospheric funeral / death doom metal that has come from American ground. They are pretty much one of, if not the first American band to play this style of timeless doom metal, being influenced by the likes of such bands as Thergothon, Disembowelment, and the early years of bands such as Paradise Lost and My Dying Bride. After their initial three demos, the band released their Embrace The Emptiness debut full-length in 1998 and up until 2007, they would release three more full-length albums on several European-based labels. All said albums are considered milestones in the genre and now, five years later since their last album, EVOKEN return at their most triumphant with their most powerful album to date.

Still keeping in true EVOKEN tradition, Atra Mors heightens the bands musical output by combining more elements that haven't been incorporated into their sound previously, primarily adding more old-school death metal (considering its the movement the members grew out of) elements to the new album and even branching out a bit by incorporating some of the mellowest, yet most moving and searing moments in EVOKENs illustrious musical repertoire. Another atmospheric death doom metal masterpiece for the year, the crowning achievement that is Atra Mors will serve its purpose in recognizing one of Americas doom metal forefathers and pioneers by solidifying their rightful place amongst the throne.