Elmer Bernstein: Filmmusik: The Man With The Golden Arm 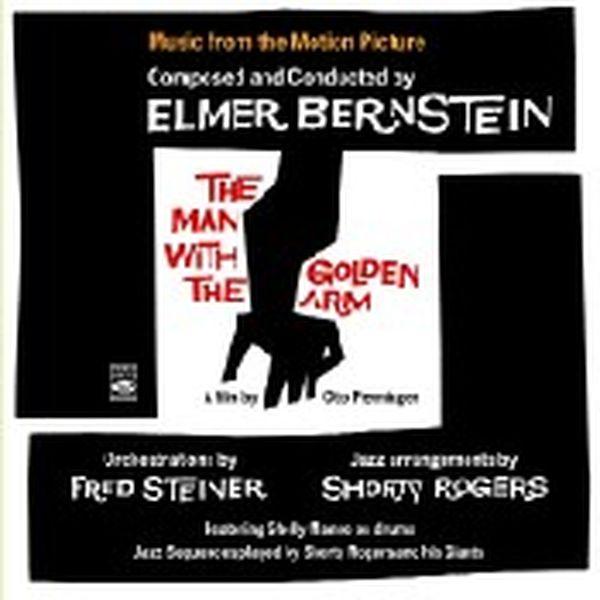 The Man with the Golden Arm is one of the tensest and most intensified motion pictures ever filmed. The music, written by Elmer Bernstein, vividly reflects the tightness of the picture and expresses its tension in palpating and sometimes sinister jazz. Interpreted by an orchestra of the best jazz and symphonic instrumentalists of the Hollywood studios. This acclaimed Bernstein’s jazz-inclined score is a unique mixture of gentle woodwinds and screaming brass. Portions of it are in the nature of Symphonic extension of the music performed by Shorty Rogers and his Giants featuring Shelly Manne, which band is the nucleus of the 65-piece recording orchestra conducted by Elmer Bernstein, who pointed: “I want to give full credit to Shorty and Shelly for their contributions to this score. I not only used them as consultants, but gave them free rein in many places to inject their own ideas.” (freshsoundrecords. com)