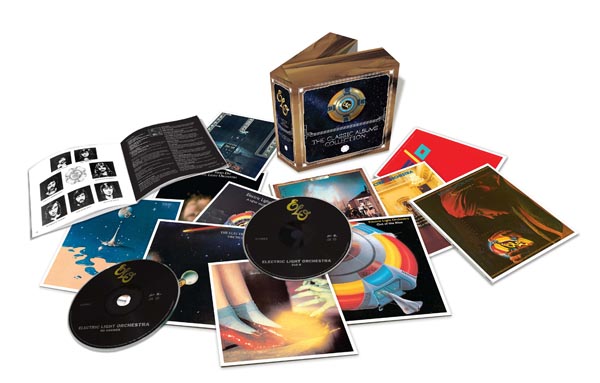 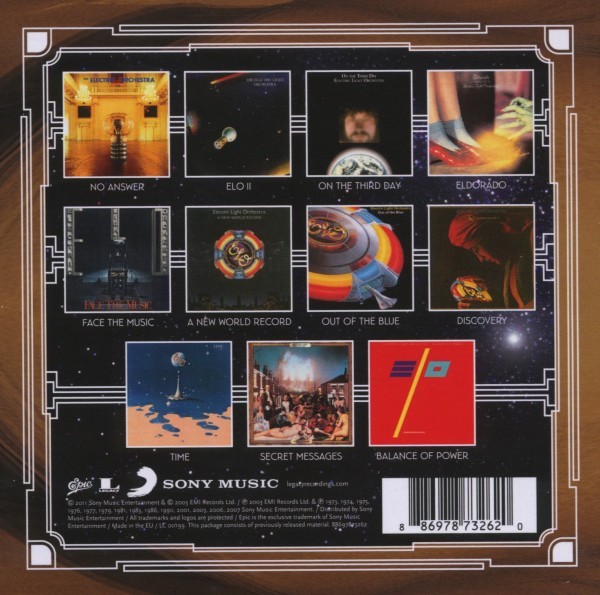 Each album is packaged in a replica mini-LP-style sleeve reproducing that album's original cover art.

England's Electric Light Orchestra, better known to its fans as ELO, went from cult status to arena-level superstardom in the 1970s, evolving from eclectic classically-influenced prog-rockers to state-of-the-art hitmakers. At the peak of their popularity, they were one of the world's biggest-selling recording acts, and also one of the most unusual. Combining rock instrumentation with a full string section, ELO couldn't help but stand out, both musically and visually.

Originally launched by Jeff Lynne, Bev Bevan and Roy Wood as a sideline to their legendary band the Move, ELO arrived in 1971 with their debut album No Answer. Wood departed soon after, but singer / songwriter / guitarist / producer Lynne continued to pilot ELO through a series of ambitious albums that blended the band's expansive symphonic-rock sound with songs that were both sonically adventurous and infectiously catchy. ELO was particularly successful in America, where the band scored a series of multi-platinum albums as well as 19 Top 20 singles.

ELO's recordings grew progressively more ambitious, with the playful experimentation of the group's early efforts evolving into the extended orchestral excursions of 1974's Eldorado and the rousing, concise songcraft of the dual commercial breakthroughs A New World Record and Out of the Blue.