Dierks Bentley: Up On The Ridge

Dierks Bentley
Up On The Ridge
CD
CD (Compact Disc) 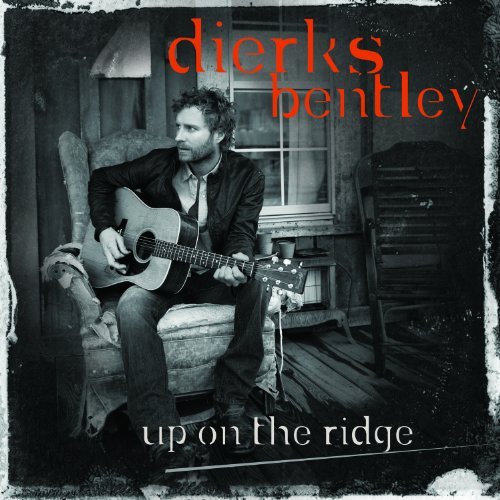 Weitere Ausgaben von Up On The Ridge

-55%
Dierks Bentley
Black
EUR 17,99**
CD
EUR 7,99*
Singer / songwriter Dierks Bentley has said many times that if he hadn’t discovered bluegrass, he’d never have become a country singer or landed a record deal. His love for country was kindled by the energy and artistry of bluegrass, and he’s never lost his passion for it. Now, seven years into one of the most distinguished and critically acclaimed country careers of modern times, Bentley has plunged deeply into acoustic roots music. The results of that creative journey will come out this summer as the very special new album Up On The Ridge.
Much more than just a bluegrass concept album with guests, Up On The Ridge features Bentley working with some of the finest acoustic musicians in the world, including long-time collaborators the Del McCoury Band and a magical new musical partnership with Chris Thile and the Punch Brothers. The disc also features a number of vocal and instrumental contributions ranging from Alison Krauss and Miranda Lambert to Tim O’Brien and Sam Bush, among many others. (dierks. com)

"The musicianship is stellar. That is no surprise given that the Traveling McCoury's - Ronnie McCoury on Mandolin, Mike Bub on bass and Rob McCoury on banjo (Bentley toured with them as well) - help out along with guys like Bryan Sutton acoustic, Stuart Duncan on fiddle, Rob Ickes on Dobro. He also gets help from Kris Kristofferson and his rough-hewn vocals on Kristofferson's bouncy Bottle to the Bottom. Rovin' Gambler with the Punch Brothers and Bad Angel with Miranda Lambert and Jamey Johnson are stand outs." (countrystandardtime. com)

"Ultimately, it's Up on the Ridge's overall aesthetic that proves Bentley's deep respect for—and his legitimate, intuitive understanding of—country traditions, even as he uses those traditions in forward-thinking, progressive ways." (Slant Magazine)

"These cuts may not have the snap of classic bluegrass, but they do give Up on the Ridge a sense of country crossover, illustrating that Bentley is shrewd enough to walk the line between commercial and artistic concerns." (All Music Guide)

"His voice is too plain to deliver the pathos in songs like Buddy Miller's "Love Grows Wild." But the record succeeds on high spirits, sterling guest stars (Miranda Lambert, Jamey Johnson) and covers like U2's "Pride." (Rolling Stone)