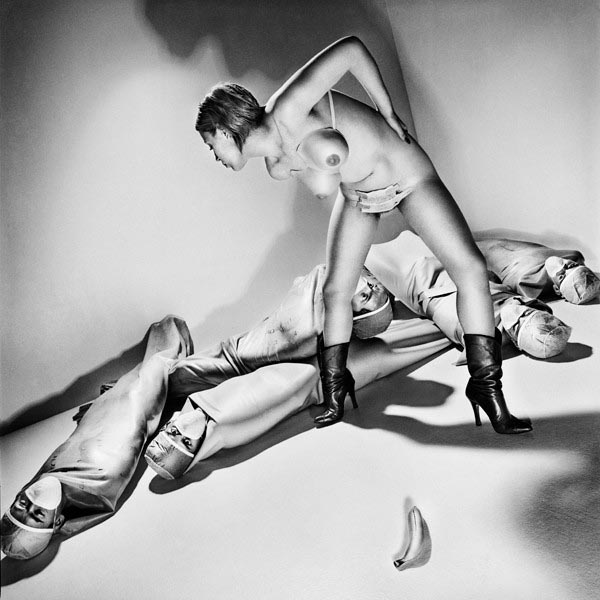 DEVO's Hardcore documents the group's beginning as pre-punk outcasts in the fertile Akron, Ohio, underground rock scene. Spawned at the nearby college of Kent State, site of the infamous May 4 Massacre, DEVO formed as a conceptual art project armed with the radical philosophy of de-evolution. Brothers Mothersbaugh (Mark, Bob and Jim) and Brothers Casale (Jerry and Bob) along with drummer Alan Myers soon whipped up an otherworldly brand of "devolved blues" that could hold its own alongside the beatnik groove of 15-60-75 (a. k.a. The Numbers Band) or the primal rock poetry of The Bizarros.
From Henry Rollins's liner notes to the CD version: "Hardcore is not some barrel-bottom scrape in a desperate attempt to pilfer your billfold! This is pure DEVO-the sweetest crude, straight from the source!"