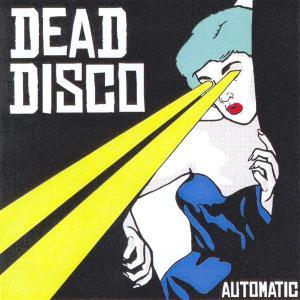 Lana Del Rey
Chemtrails Over The Country Club
LP
EUR 23,99*
DEAD DISCO consist of Victoria Hesketh (vocals / synth / piano), Lucy Catherwood (guitar) and Marie France (bass / backing vocals / samples). Having formed at art school in Leeds in 2005, 'Automatic' is the band's third release. High Voltage put out the terrific 'The Treatment' 7" in April and Playlouder released 'City Place' - a track which had a physical life on the Dance To The Radio compilation - as a download in June. Now comes 'Automatic' which sees the girls continue with their terrific mix of new wave, indie and shimmering grooves as they strive to perfect the sound of the underground hitting the dancefloor. It's pop, but it's cool. It's cool, but it's pop. Already in their heart-flutteringly brief career DEAD DISCO have been mentioned in the same breath as Siouxsie & The Banshees, The Bangles, Kate Bush, Blondie, The Slits, Gang Of Four, Ladytron and The Rapture. The Fierce Panda posse can hear a face-to-face collision between Kenickie and The Killers, but each kohl-eyed listener to their own.[DUT]01. AUTOMATIC 02. TOO LATE03. AUTOMATIC (Raufast's Dark Disco Remix)04. AUTOMATIC (Video)