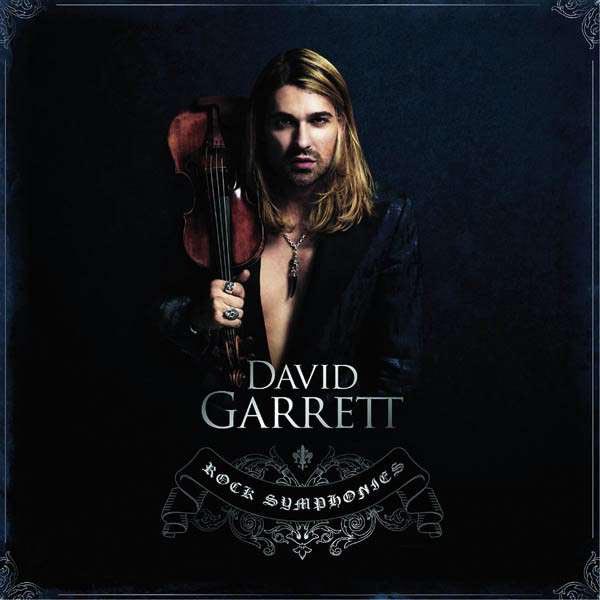 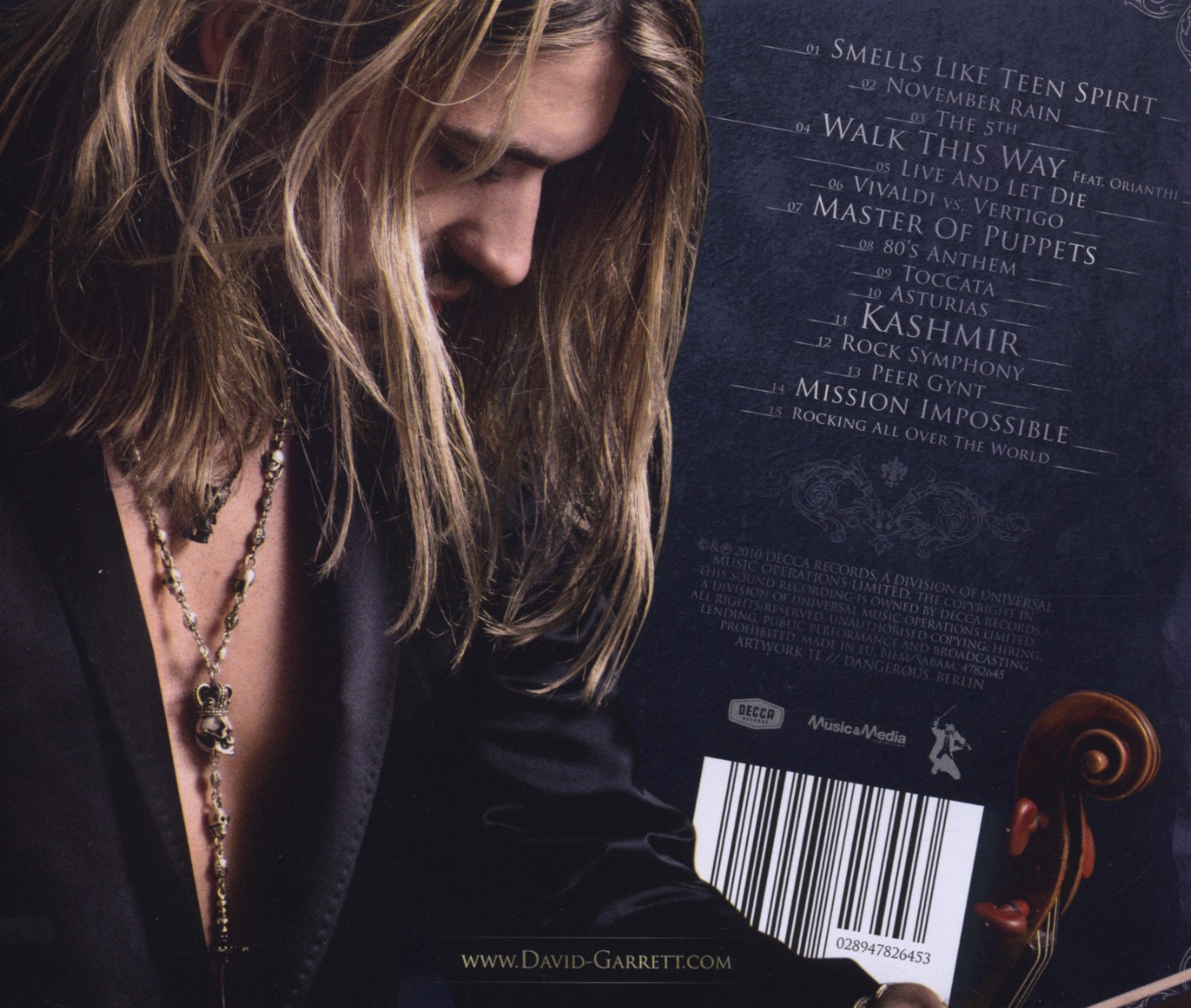 International superstar violinist David Garrett takes listeners on a ground-breaking musical journey that crosses genres with his new album, Rock Symphonies. Rock Symphonies combines Garrett's unique background in both the classical and rock genres. Until now Garrett has enjoyed separate, dual careers performing with a rock band and classical orchestra but here, for the first time, he seamlessly morphs the two together.

Mixing new interpretations of his favourite rock anthems by U2, Nirvana, Metallica and Aerosmith with classical favourites by Vivaldi and Beethoven, Garrett's virtuosic violin playing shines through with precision and power. Backed by his band and The City Of Prague Philharmonic Orchestra this album shows Garrett as a true musical pioneer - reinventing classical music for a new generation. His sell-out stadium gigs are evidence that he's breaking the classical mould, attracting an audience that resembles a rock concert more than a classical one.

Garrett, who has sold 1 million albums worldwide, is one of the most exciting artists in music at the moment. He has already topped charts from Asia across Europe and in the US with a string of Gold and Platinum albums and was America's best-selling debut classical artist of 2009.

Garrett's upwards trajectory looks to be just beginning as his incredible success spreads across the world to become a truly global phenomenon. Garrett will be launching Rock Symphonies across international TV screens this year. In Germany he has taken the slot on the eve of the World Cup Final that has traditionally been the domain of The Three Tenors and in the US he launches Rock Symphonies through Good Morning America.

The evolution of Rock Symphonies was a natural one for the 28-year-old Garrett. Having spent 2009 on tour in all corners of the world, he would find himself performing in clubs to arenas with a live rock band one night, followed by a classical concert hall with full symphony orchestra the next. Having a dual career is a rarity, and doing it successfully even more so. The bold violinist has always been a fan of both the classical and rock worlds he straddles. "I always enjoyed when rock groups integrated orchestra into in their sound, and it elevated the music to another level," comments Garrett. He continues, "any musician loves having the full sound of an orchestra behind them - it's an amazing experience." Rock Symphonies main recording sessions took place at New York City's famed Electric Lady Studios, with the orchestra recorded in Prague. Highlights of the album include "Vivaldi Vs. Vertigo," a mashup of Vivaldi and U2's Vertigo, Nirvana's classic "Smells Like Teen Spirit," Led Zeppelin's timeless "Kashmir," and Aerosmith's "Walk This Way," featuring a guest performance by Aussie guitar sensation Orianthi (seen in Michael Jackson's "This Is It"). Orianthi also joined Garrett on stage in Germany recently for his new international television concert special, "Rock Symphonies," to air across the world. (decca. com)

For David Garrett, whose idols go from Jimi Hendrix and Jimmy Page to his former teachers Itzhak Perlman and Ida Haendel, there shouldn’t be any hierarchy between genres. “Choosing repertoire is very instinctive,” David observes. “For this project, it was quite easy. We had a theme—rock—and we chose things with a very strong rhythmical vibe, whether it was Beethoven or Metallica. The concept of “Rock Symphonies” has been on my mind for a very long time. I’ve always thought that there was a very strong connection between classical and rock; there’s a very strong sense of rhythm and a very strong sense of precision in both.”
Certain tracks, like “Kashmir” and “Walk This Way,” are absolute naturals for Rock Symphonies (as David notes, Aerosmith already paved the way for genre crossing with their now-classic collaboration with Run-DMC). But some choices are more surprising, like an innovative mashup of U2’s “Vertigo” with Vivaldi’s Four Seasons, and a revisiting of Beethoven’s Fifth Symphony, which of course experienced life as a disco favorite in the late 1970s—here, it’s recreated as a hard-rock headbanger’s special. “Beethoven was someone with rock-star appeal,” David explains. “The real definition of a rock star is someone who’s extremely passionate about music, somebody who’s a genius, and tries not to be afraid of exploring. Beethoven was definitely not a follower.” (david-garrett. com)