Darrow Fletcher: The Pain Gets A Little Deeper: The Complete Early Years 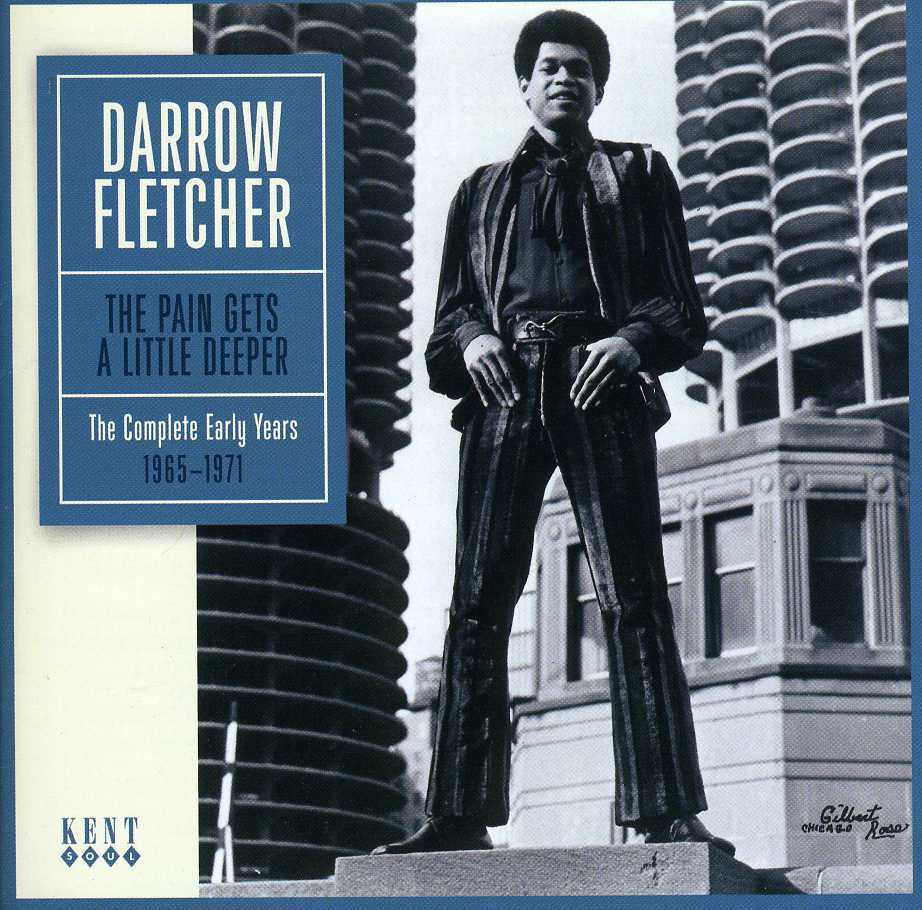 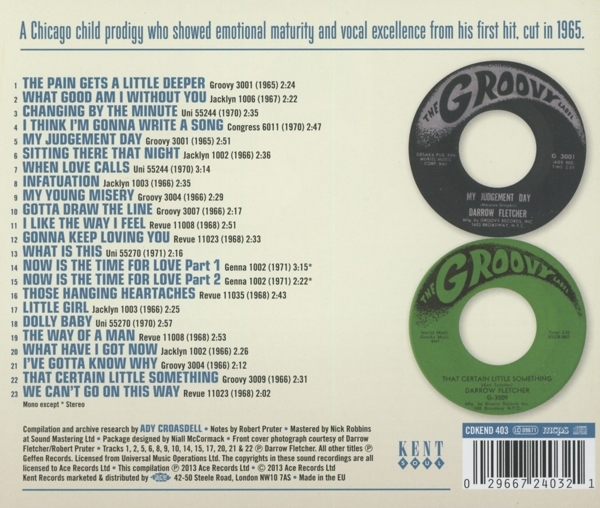 ‘The Pain Gets A Little Deeper’ was the soul equivalent of Frankie Lymon’s ‘Why Do Fools Fall In Love’ – young, vulnerable, heart-felt vocals that belied the singer’s years. It entered the charts in January 1966 and catapulted the 14 year-old Darrow Fletcher to fame in the R&B world, particularly in his home city of Chicago. Elton John has cited the recording as one of the best soul records he has ever heard.

Darrow’s follow-ups were only local hits but many were of exceptional quality and his young age did not prevent him tackling some serious emotional subjects. In fact it was this notion of a kid dealing with the complexities of love that made his records so appealing. ‘My Judgement Day’ was an early example of combining soul and social issues over a sublime Chicago backing track and sensitive arrangement.

Darrow has a die-hard following of soul fans that see him as a very special talent; to a surprising amount of soul fans he is their favourite singer of all time. His records were massive on the European mod revival scene of the 80s and nearly all his Jacklyn and Groovy sides have fetched increasingly high prices on recent auctions; considered commonplace at one time, they are now held in respect. The stunning 1966 Detroit soul production ‘What Good Am I Without You’ recently rocketed in popularity and price, and it is currently the turn of ‘My Young Misery’ to be the talk of DJ and collector gatherings.

‘Infatuation’ and ‘What Have I Got Now’ are always hard to find and popular, while the more common ‘Changing By The Minute’ is recognised as a classic uptempo dance track, partly popularised from its inclusion on an early Kent LP. Like ‘The Pain Gets A Little Deeper’, ‘Gotta Draw The Line’ was one of the very first US 45s to be spun on the embryonic Northern Soul scene. The later 60s sides such as ‘Now Is The Time For Love’ and ‘I Like The Way I Feel’ appeal to those with a penchant for the funkier side of the music. Darrow could deliver haunting ballads such as ‘When Love Calls’, ‘My Judgement Day’ and ‘Little Girl’. ‘Those Hanging Heartaches’ is another slow romantic number that was popular on the Chicano soul scene; in fact all of his recordings have merit.

In the booklet, Chicago music expert Robert Pruter has contributed his usual informative notes, while I describe theUK’s fascination with this iconic soul man. The release comprises Darrow’s complete releases up to 1971. Our earlier release “Cross Over Soul” (CDKEND 382) features all his recordings from the recommencement of his studio career in 1975.