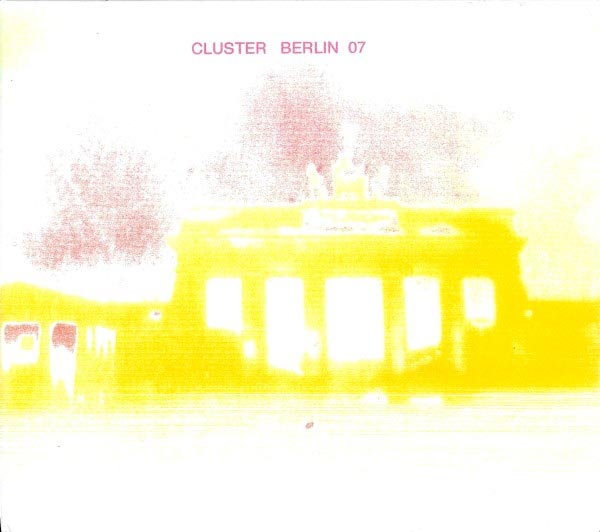 Cluster was formed around 1971 when Roedelius and Moebius left Conrad Schnitzler''s group Kluster. Along with Kluster they have had a tremendous influence on the development of contemporary electronic music. Julian Cope has placed 3 Cluster albums in his Krautrock top 50 and The Wire included the first Cluster album in their list of One Hundred Records That Set The World On Fire. Along with Neu! co-founder Michael Rother Cluster formed the remarkable group Harmonia. Between 1976 and 1979 one of Cluster''s most frequent collaborators was Brian Eno.

Berlin 2007 was a monumental performance for Cluster as it marked the first time that they had peformed live in Berlin since their 12 hour concert in the Galerie Hammer in the Europacenter in 1969. The performance was a massive success as a sold out crowd cheered loudly for Cluster to return to the stage. Fortunately, the concert was preserved for posterity and is proudly presented here on Important Records. Packaged in a deluxe digipack.