Clout: The Best Of Clout 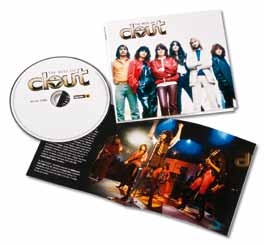 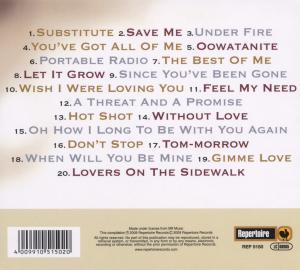 Clout was one of the more successful pop attractions of the 1970s. The five-piece vocal group from South Africa enjoyed considerable worldwide success, particularly in Germany, where they scored seven chart hits between 1978 and 1981. This 20-track compilation features their most popular numbers, culled from albums and singles, including their biggest hit ‘Substitute’. This Righteous Brothers ‘cover’ went to Number One in the U. K. in 1978 and also topped charts in Germany and South Africa. Watch out for the group’s other greatest hits, ‘Save Me’ and ‘Under Fire’, as well as excellent versions of Russ Ballard’s ‘Since You’ve Been Gone’ and Eric Clapton’s ‘Let It Grow’. With Cindy Alter providing the lead vocals and strong backing from top session group Circus, this is superior international flavoured pop music.