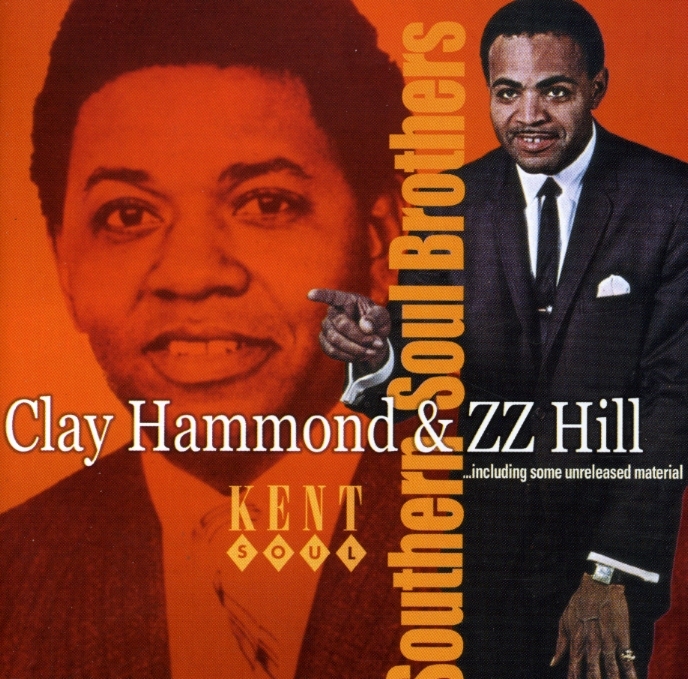 Bewertung:
lieferbar innerhalb 1-2 Wochen
(soweit verfügbar beim Lieferanten)
EUR 15,99*
Versandkosten
Kent's original 1988 vinyl issue of part of this remarkable CD (Taking His Time - KENT 081) has always represented a peak in the label's history. Clay's bittersweet, almost crying vocals bestow a syllable-bending nonchalance with a lyric, always belying an obvious Sam Cooke influence, though no one has ever mastered this style with quite the flair of Hammond, (Johnny Taylor, Bobby Womack and James Phelps arguably excepted!!). Of course, Sam left us before the cavalry charge of the classic soul era, so as vast as his influence was, he rarely came to terms with this style of Southern fried soul himself. Alongside jaw dropping classic titles like I'll Make It Up To You and You Messed Up My Mind, the vinyl issue treated us to a handful of never before issued tracks, and here Kent add three more for our inspection. They have only sketch vocals but all display an air of such brooding latent energy that it is apparent that we are in the presence of one of the truly great voices of soul. You Threw Out Your Lifeline is in fact the original vocal demo of his splendid Ronn single issued a few years later, whilst Togetherness and I'm So Glad You're Mine can't fail to please a soulful ear.

Clay Hammond still records and performs to this day. His sporadic releases rarely miss the spot, but it is a fair assumption that he would struggle to ever better these classic performances.

Clay's partner on this CD is the mercurial voice of the sadly missed ZZ Hill, a man so exquisitely represented by Kent's The Down Home Soul Of ZZ Hill (CDKEN 099). Here he really burns on a bagful of singles not featured on that CD, plus four tracks never before issued anywhere. To clarify a point My Girl Has Gone Away was in fact given an earlier Kent compilation release, but under the mistaken alias of Clay Hammond!! Here Kent rectify their mistake. The pick of the previously unissued stuff is You've Got Me Chained To Your Heart a roaring Muscle Shoals-styled beat ballad, minus the horns but hitting home with maximum soul power.

Nowadays many singers mimic the famed ZZ growl (honed to perfection on his final Malaco recordings). He probably did more than any other vocalist to keep this type of classic era soul music alive when it was almost irretrievably stuck in the 80s quicksand. So if it's real soul music you're after, this outstanding dual offering practically defines the genre.