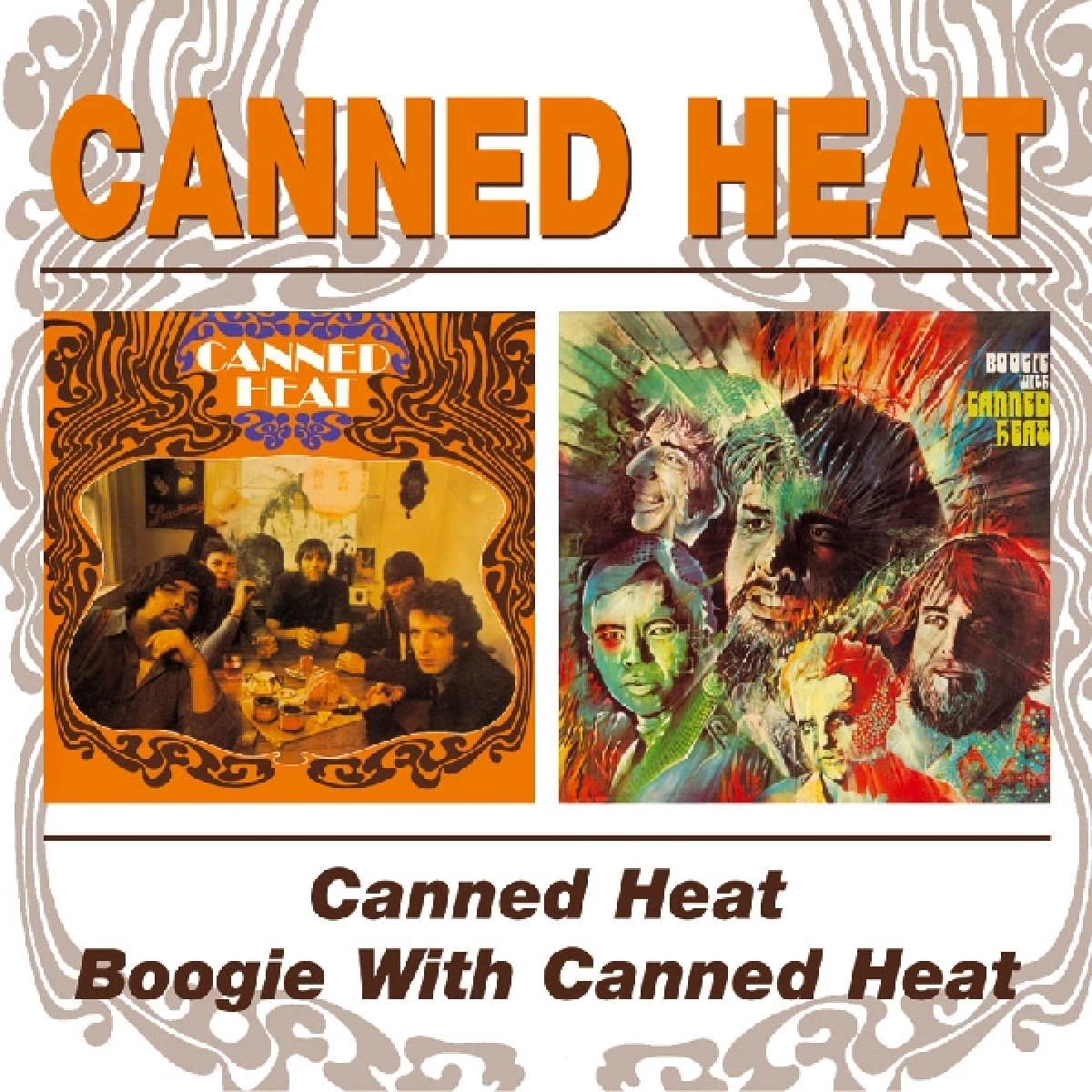 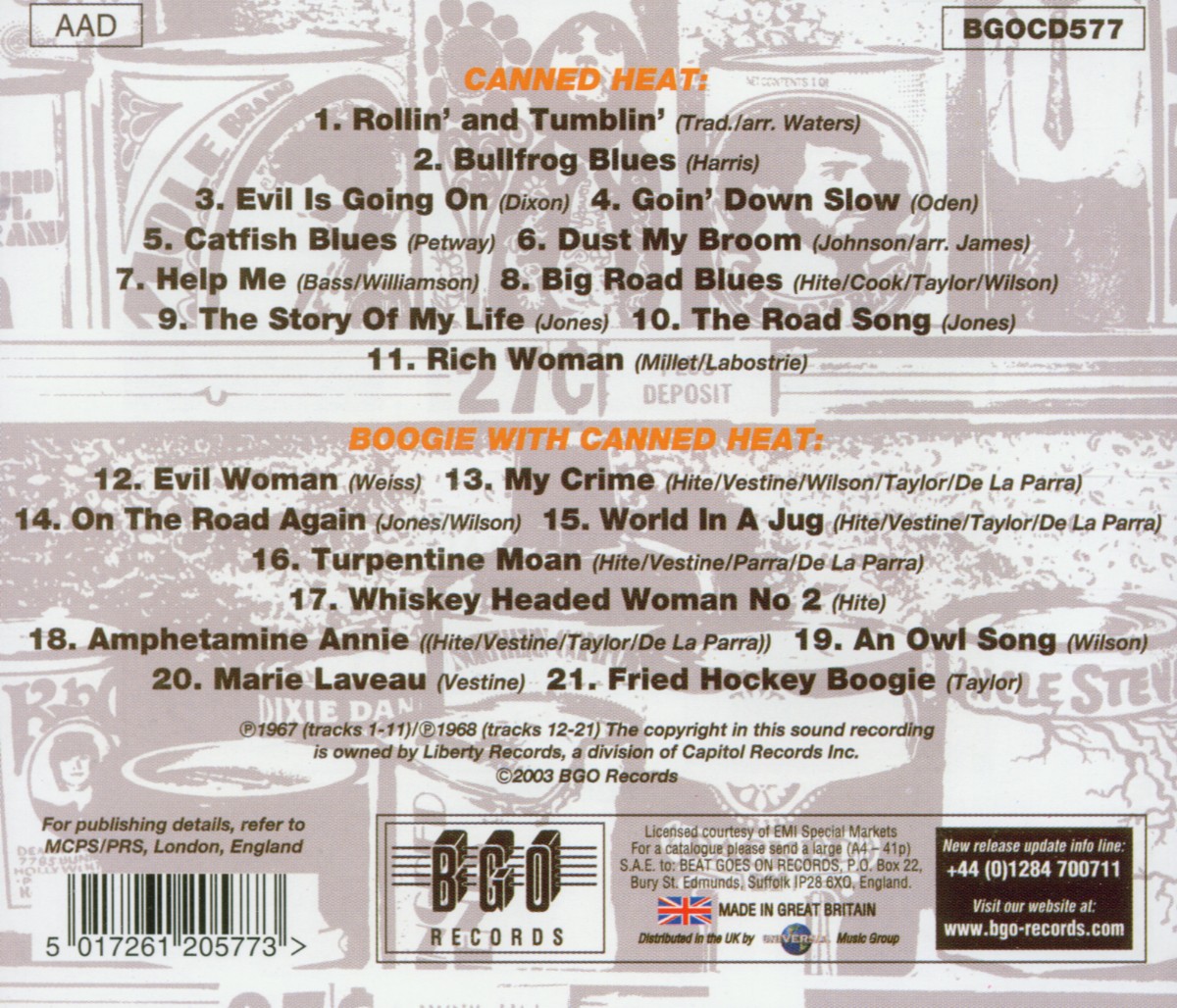 *** digitally remastered
Originally released in 1967 and 1968 on the Liberty record label. The first album consists of down-home country blues blowing. They lift a few licks from here and there, but the finished product is their own and it wails.

On "Boogie With Canned Heat" the rhythm section starts to loosen just a bit to get things going; still blues basically, but in the direction of rock. However, there is no indication on "Boogie" of the much looser improvisational material the band were to put out in the future "Boogie" contains the blinding classics "On The Road Again", "Amphetamine Annie" and "Evil Woman" among many others This release contains THE classic Canned Heat lineup of Bob "The Bear" Hite, Al "Blind Owl" Wilson, drummer Bob Cook, Henry Vestine on guitar and bassist Larry Taylor