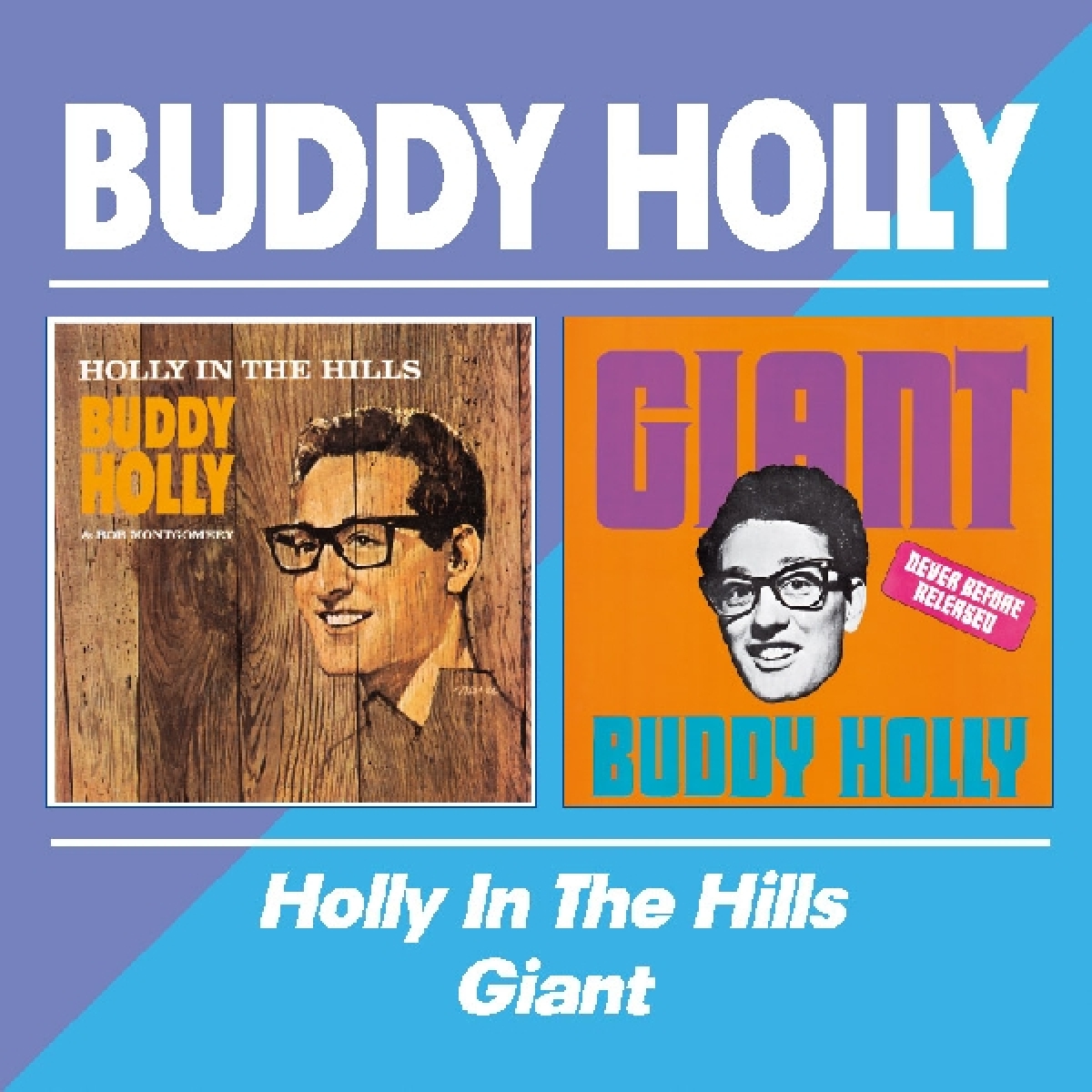 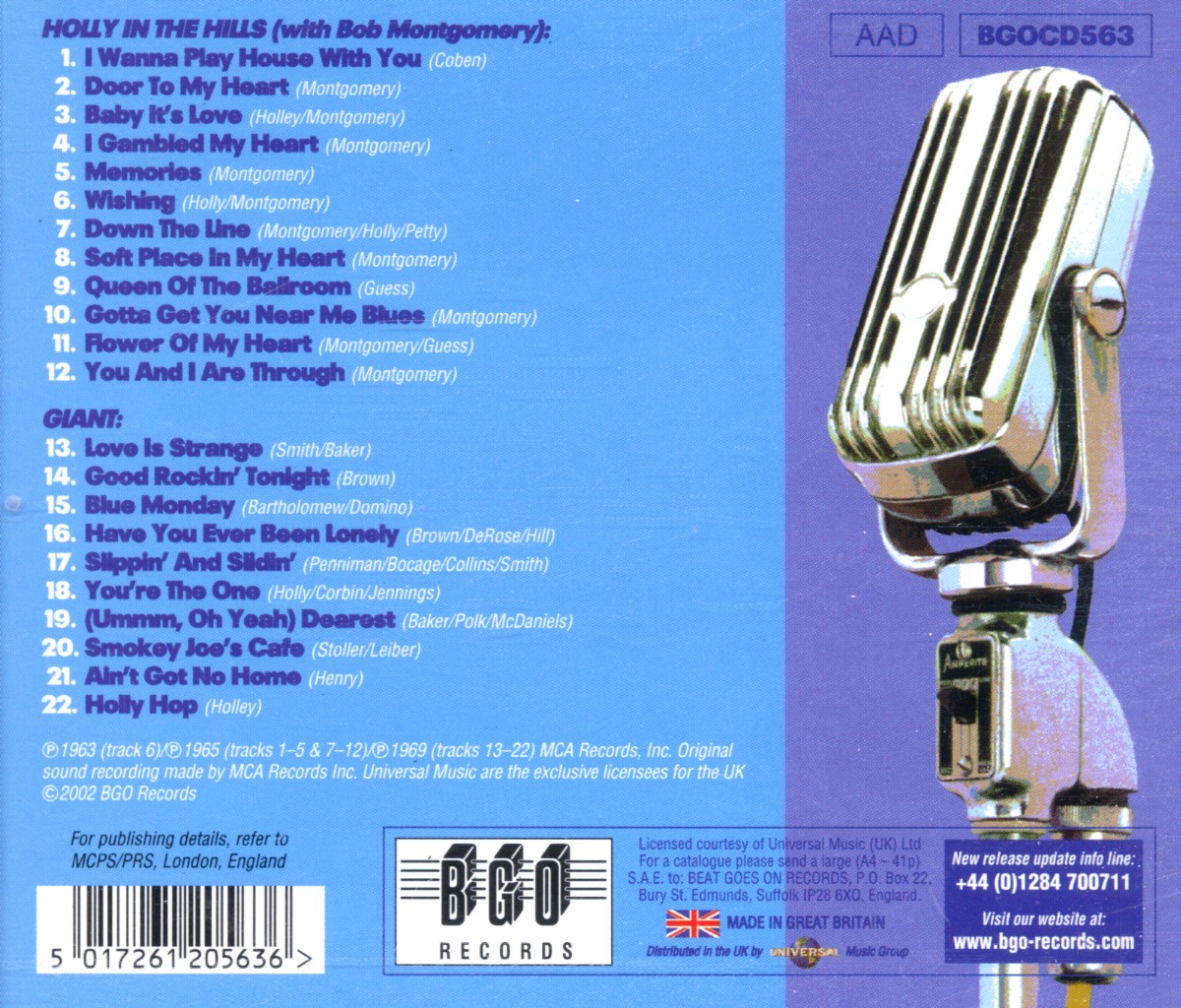 "Holly In the Hills" was the result of the acquisition by Coral Records of undiscovered Buddy Holly recordings for release to his legion of fans everywhere. Most of the songs on this LP were recorded in 1955 and are the product of a personal and musical friendship between Buddy and his boyhood friend, Bob Montgomery.

"Giant" was put together after Buddy's death, using tapes brought in by Buddy's parents which were then transferred to a multi-track recorder. New instruments were then added by some greats from the music world:
George Tomsco on guitar, Jimmy Gilmer on guitar, Doug Roberts on drums and Stan Lark on bass Original sleevenotes on "Giant" are by Norman Petty, Buddy's producer, and the cover artwork was the inspiration behind Elvis Costello's "Get Happy" 1980 album