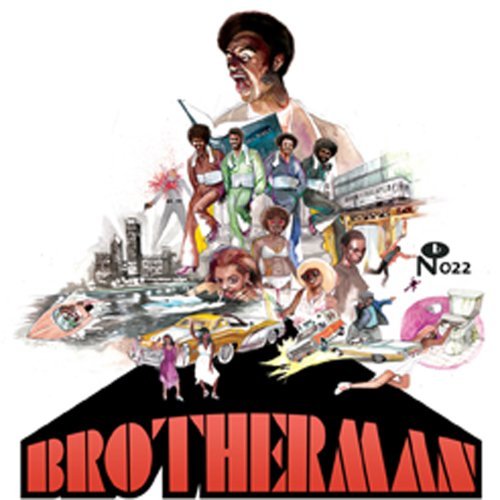 Quentin Tarantino's Once Upon A Time In Hollywood (180g) (Limited Edition) (Translucent Orange Vinyl)
2 LPs
EUR 27,99*
Continuing a tradition that began with "Sweet Sweetback's Baadasssss Song" & culminated with "Shaft" & "Superfly", 'Brotherman' was a blaxploitation film set to hit screens in 1975. Prior to the script being finished, the producers commissioned an original soundtrack to be performed by The Final Solution, a fledgling vocal group from Chicago's west side.
In Classic Numero fashion, before even one foot of film was shot, the plug was pulled and the movie was cancelled. Dragged around for 30 years by songwriter, guitarist and arranger Carl Wolfolk, the tapes of his life's work have finally been mixed, and the soundtrack album has been augmented to include two orchestrated instrumentals intended for the film.
Having no stills from the film to work with, The Numero Group tasked Minneapolis' Burlesque of North America to pint a cover that could withstand the scrutiny of any blxploitation poster geek. This deluxe set is housed in the standard slipcase with a plush booklet detailing the known history of the film & the group that created the music.