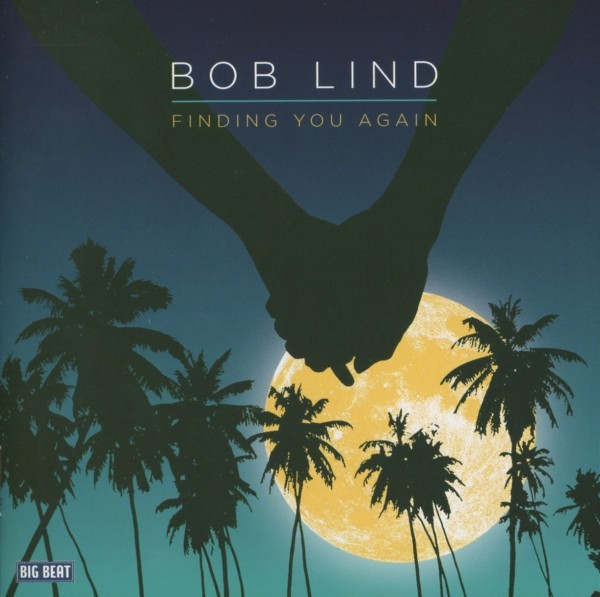 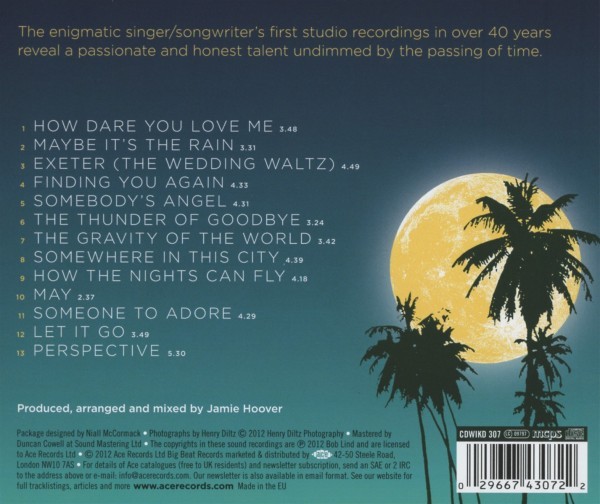 Spread the news. Reclusive folk-rock singer / songwriter Bob Lind – he of the classic 1966 megahit ‘Elusive Butterfly’ – has just released his first studio album in more than 40 years! “Finding You Again” demonstrates conclusively that genius can continue to flourish, even into an artist’s advancing years.

Long known by music-business insiders for his self-destructive battles with the record industry, Bob Lind was, by his own admission, “poison to work with”. Now, thanks to veteran rock guitarist / producer Jamie Hoover, he has emerged with an album of new music that proves his craftsmanship has not only held up but improved and evolved since the 60s. Hoover’s sensitive, versatile production perfectly complements the songs – giving each cut the care and specific shading it deserves.

Clean and sober more than 35 years, Lind reveals a late-blooming but tangible personal and artistic maturity in these new songs. He retains the astonishing lyrical virtuosity that brought him critical acclaim when he was in his early 20s, but his melodic scope has broadened and become even more accessible. Amazingly, his voice is stronger and more expressive than ever.

The 13-song disc easily bypasses the criticism sometimes levied at singer / songwriters: that their songs all sound the same. Just contrast the rough-rocking self-condemnation of ‘How Dare You Love Me’ and the poignant, tentative soul-searching of ‘Maybe It’s The Rain’. Each song is different from the others, yet all contain the special stamp of one of America’s most passionate songwriters.

Lind’s fearless self-honesty is almost uncomfortable to listen to at times. He reveals his darkest corners without ever coming off as self-indulgent, as evident on ‘The Gravity Of The World’. But there’s also a lot of joy in this album. ‘Let It Go’, ‘Exeter (The Wedding Waltz)’ and the vigorous, percussive Caribbean-flavoured title song demonstrate that Lind has not become closed-up and bitter with the passing of time. And there’s a first-ever in the inclusion of a song Lind didn’t write: Peter Allen and David Lasley’s ‘Somebody’s Angel’.

Addressing the groundswell of excitement surrounding this release, Lind says, “It’s just endurance. That’s all it is. If you don’t quit and you don’t die, sooner or later the world – or at least a special part of the world – takes notice. I’m just grateful that Jamie and Ace Records came along at this perfect time.”