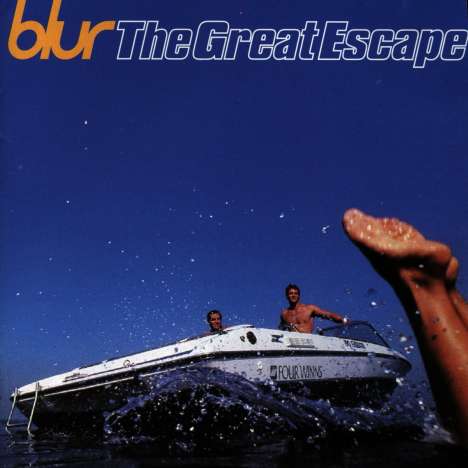 Recorded during Blur’s rapid rise in popularity and tabloid recognition, the third and final chapter in what was referred to as the band’s “life trilogy” sees the band present a dark and lavish look at the modern world, populated by night-shift cab drivers, factory workers, lottery players and swinging couples. Justly awarded five star reviews on release in 1995, the album features Blur’s first number 1 single, “Country House” and the beautiful “The Universal”.

ALL MUSIC GUIDE **** ".​.​.​it's darker than 'Parklife', even if the melancholia is hidden underneath the crisp production and catchy melodies.​ Even the bright, infec- tious numbers have gloomy subtexts, from the disillusio- ned millionaire of "Country House" and the sycophant of "Charmless Man", to the bleak loneliness of "The Globe Alone" and "Entertain Me".​ Blur's most remarkable accomplishment is that it can reference the past - the Scott Walker homage of "The Universal", the Terry Hall/ Fun Boy Three cop on "Top Man", the skittish, XTC- flavored pop of "It Could Be You" and Albarn's de- votion to Ray Davies - while still moving forward, crea- ting a vibrant, invigorating record.​"