Blue Feather: Shadows Of The Night 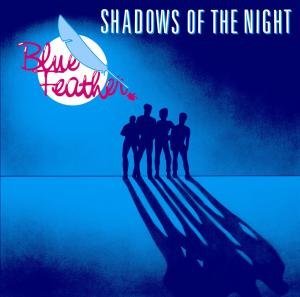 Bewertung:
lieferbar innerhalb 1-2 Wochen
(soweit verfügbar beim Lieferanten)
EUR 17,99*
Versandkosten
* Dirk Nusink, Jan Willem Weeda, Ed Brouwer, Ron Brouwer
Blue Feather was a Dutch funk band, which accomplished international recognition with their hit single 'Let's Funk Tonight', a strong funk track also featured on their first album entitled 'Feather Funk' from 1981 on Mercury Records. The second album 'Shadows Of The Night' (originally released in 1985) is leaning more to the synthetic sound which is still very popular today. Tracks that highlight this 11 track album are 'Shadows Of The Night', 'This Night We Stick Together', 'Funky Nights' and 'Feelgood'. 'Shadows Of The Night' is an upfront funky and soulful album and it doesn't do under for any U. S. or U. K. album from the 80’s golden era. For the first time ever now available on CD!