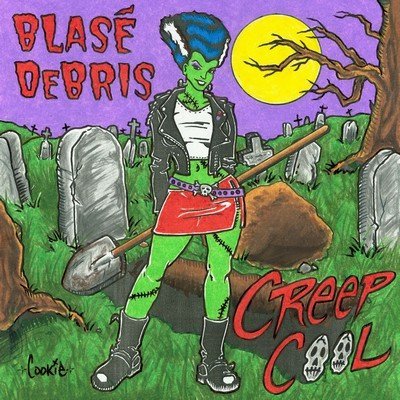 Bewertung:
lieferbar innerhalb 1-2 Wochen
(soweit verfügbar beim Lieferanten)
EUR 14,99*
Versandkosten
It was bound to happen sooner or later. An album so complete in its awesomeness that the team behind the long running, globally-distributed punk periodical Altercation would be forced to initiate a record label simply for the sake of putting out a release of such magnitude. Blase Debris' 'Creep Cool' is that album. A sound harkening back to the classic punk landscape of Generation X, an image crafted from the shadows of the Damned, a 1950's harmonic tinge as darkly perfected as anything in the Misfits' catalog, all tied together into a Phil Spector Wall-of-Sound production approach...it is a feat of sonic mastery, that rare gem among stones - virtually a perfect record. As seen on Vans Warped Tour 2008 and featuring former members of Trauma School Dropouts.