Blake Shelton: Based On A True Story... 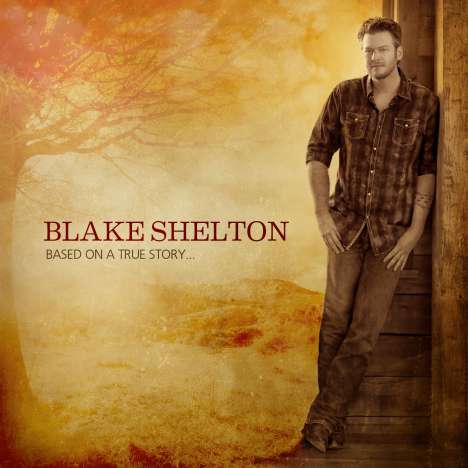 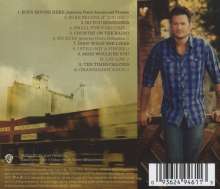 Now, with the release of Based on a True Story... he takes the next big step forward. That he was able to follow so strongly an album with the success of the platinum selling, Grammy nominated album Red River Blue, which launched four No. 1 singles is further proof that he is still on the ascent as an artist.

"I really did believe that Red River Blue was the best that I could do and maybe someday I could tie it," he says, "but I think that just taking a simpler approach to making this album made it better because I wasn't comparing it to anything else. We put it together piece by piece, saying, 'Hey, man, I love that song. Let's cut that.' I was just recording things I loved and the next thing you know we had built something terrific. I'm really proud and excited about the songs on it."

The album relies on some of the country's top tunesmiths, including Rhett Akins, Rodney Clawson, Dallas Davidson, Dean Dillon, Michael Dulaney, Chris Tompkins and Craig Wiseman, with songs that are in general more upbeat than those on Red River Blue.

"You know, honestly, I'm in a good place in my life," he says. "I'm happy and I'm thankful and I want to sound like that in my record. I want to be that guy on my albums right now because I don't have that dark cloud I've had before and that we've all had in our lives. If you listen to this album, by the end you'll go, 'Man, this guy's pretty happy with his lot in life!' And I am."

That reality, he adds, accounts for the project's title.

"I was listening to the album and I thought, 'Man, every song on here is either "Been there, done that," or I'm doing it right now,' so It really is my true life."

Perhaps nowhere is that truer than in "Small Town Big Time," which talks about a city-dweller casting his thoughts back to the people and places back home. There is also "Doin' What She Likes" and "Lay Low," each of which, he says, deals with aspects of his relationship with Miranda, "Boys 'Round Here," a shout-out to country boys, "Country on the Radio," which touches on Blake's lifelong love of country radio, and "Granddaddy's Gun," an evocative and poignant song about the place of memory and heritage within families. The tone varies from "Do You Remember," a song that looks back on a relationship more in nostalgia than regret, to "I Still Got a Finger," perhaps this generation's "Take This Job and Shove it." The CD's first single, "Sure Be Cool If You Did," launched the project in style, heading straight to the top of the charts.

Sonically, Based On A True Story... enters new territory for Blake.

"I'm a fan of Jason Aldean and Luke Bryan and Miranda and Taylor and Carrie," he says, "and I get excited when I hear how they're pushing the boundaries with their records and I kinda felt like that's the one thing that I hadn't done, is really push it with sounds and things. And so that's one thing that I did want to do on this record. "Doing What She Likes" has a banjo intro, but the banjo's going through a wah pedal and I never heard anything like it. It just sounds so cool. And that was important to me to do things like that."

The result is a project that showcases Blake as one of the premiere artists of his generation. The journey that brought him to these heights from a childhood in Ada, Oklahoma, was a storied one. Two weeks out of high school, after encouragement from legendary songwriter ("Heartbreak Hotel") Mae Axton, he left for Nashville. He met and worked with another legend - Bobby Braddock ("He Stopped Loving Her Today") - and earned a deal on Giant Records. It would be several years before that led to a contract with Warner Bros. and "Austin," and a long journey from there to the heights he has scaled.

"I'm still learning, still reaching and growing," he says now, "and it's great to have more and more people along for the ride."

He is, this far along, looking to the future.

"I just want to do what George Strait has done and what Reba has done, to make great music year after year," he says. "I don't think there's a magic formula. I think you just go and make the best record you can make and give the best you have when you walk out on that stage."

With Based on a True Story..., Blake takes yet another long stride toward that legacy, a legacy his growing legions of fans view as already well under way.