Billy May: The Billy May Collection 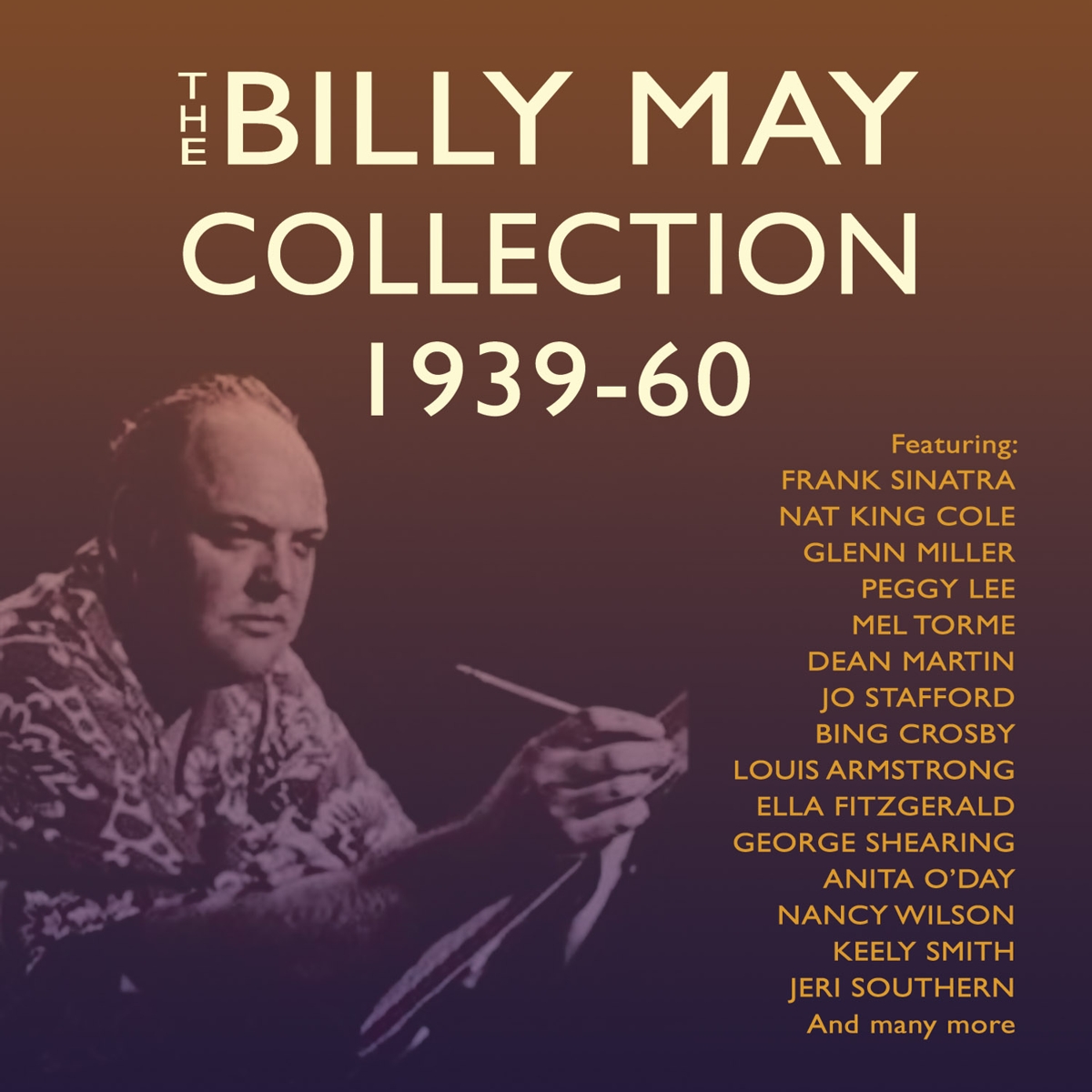 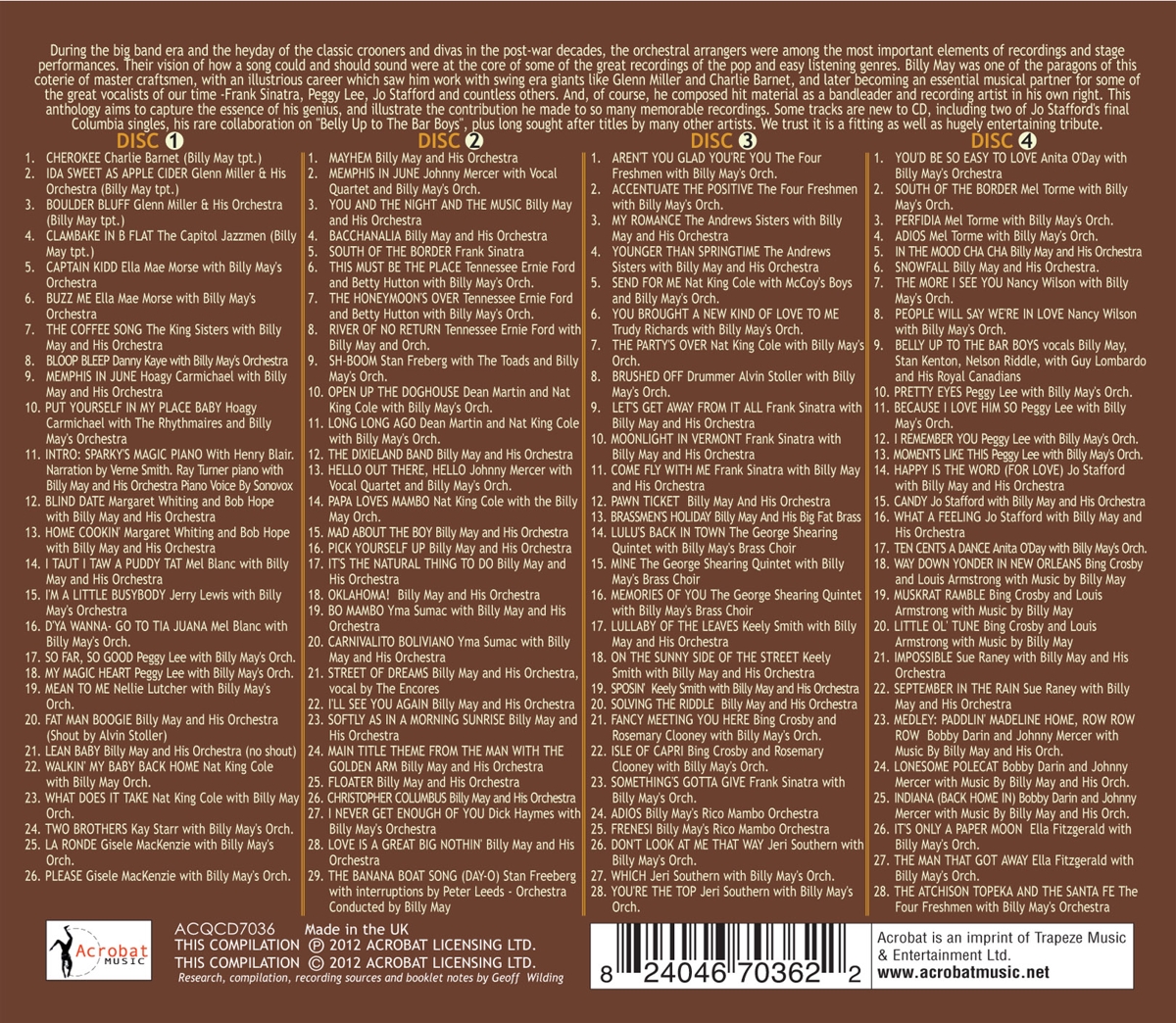 During the big band era and the heyday of the classic crooners and divas in the post-war decades, the orchestral arrangers were among the most important elements of recordings and stage performances. Their vision of how a song could and should sound was at the core of some of the great recordings of the pop and easy listening genres. Billy May was one of the paragons of this coterie of master craftsmen, with an illustrious career which saw him work swing era giants like Glenn Miller and Charlie Barnet, and later becoming an essential musical partner for some of the great vocalists of our time – Frank Sinatra, Peggy Lee, Jo Stafford and countless others. And, of course, he composed hit material as a bandleader and recording artist in his own right. This collection is an anthology which aims to capture the essence of his genius, and illustrate the contribution he made to so many memorable recordings. Some tracks are new to CD, including two of Jo Stafford's final singles on Columbia, Billy May, Nelson Riddle and Stan Kenton's rare collaboration on "Belly Up to The Bar Boys”, plus some rare and long sought after titles by Nellie Lutcher, Mel Blanc, Jerry Lewis, Peggy Lee, Hoagy Carmichael, The Capitol Jazzmen, Gisele MacKenzie, Nat"King" Cole, Nancy Wilson, Bing, Louis and Ella. Comprising 111 tracks on a 4-CD collection, this is not only a comprehensive and coherent overview of the career of a great arranger, but it is also a veritable feast of entertainment, comprising as it does recordings by a host of fine artists across the big band, jazz and easy listening genres. We trust it is a fitting as well as hugely entertaining tribute.