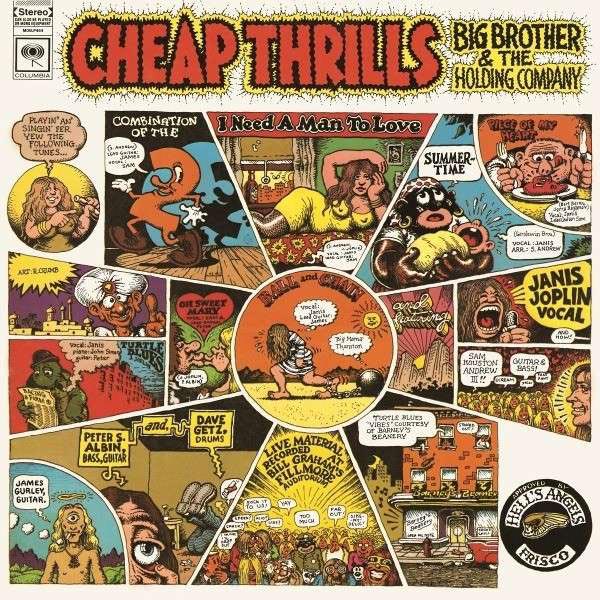 180 grams audiophile vinyl Sourced from the original masters. Jacket meticulously recreated from the original art Gatefold Sleeve. One of the most eagerly anticipated albums of 1968 by press and public, Cheap Thrills met every expectation and then some. With the heartrending version of “Piece Of My Heart” and a definitive cover of Gershwin’s “Summertime”, the album (which consists of studio and live material) shot to the top of the charts and stayed there. The audio has been sourced from the original masters, and Robert Crumb’s artwork (also known for creating Fritz the Cat and the iconic Keep On Truckin’ comics) is meticulously recreated on this Music On Vinyl issue. A truly classic album and an important part of Rock history, this album is ‘a time capsule for one of rock’s most distinguished singers.