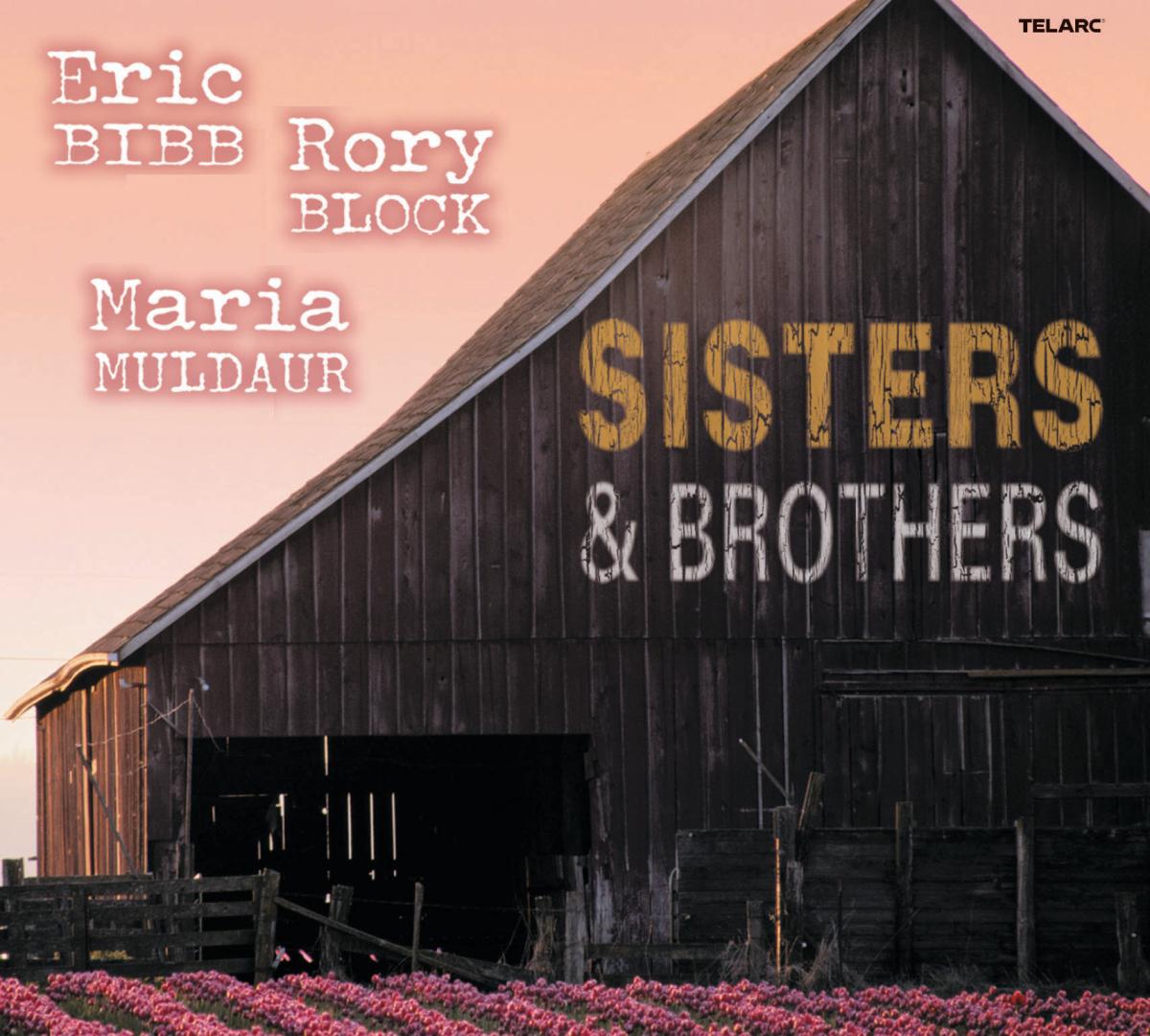 “There was a deeply profound way in which our diverse approaches connected and intertwined [on this recording]. It was as if we three were of the same parents and had parted as youngsters, only to return carrying the rewards of our individual journeys. We all opened our musical treasure chests and laid out the contents.”—Rory Block, from the liner notes.
Since the earliest beginnings of the blues in the Mississippi delta, musicians of every generation and every locale have been linked by an unspoken bond that is almost spiritual. While gender, race, geography or personal background may vary from one musician to the next, there is something about their commitment to the blues—a music that speaks to so many universal aspects of the human condition—that unites all of them as family. Eric Bibb, Rory Block and Maria Muldaur—three of the most authentic blues musicians of the modern era—are a part of this family. They come together to celebrate their family ties in Sisters & Brothers, a collection of 13 tracks that reach into the various corners of the country blues and folk tradition.
The album was recorded in an antique timber-frame barn that has been converted into a performing arts space in a small town in Maine called Unity. Inside the barn is a sign that quotes the Old Testament Book of Psalms: “Behold, how good and pleasant for brothers and sisters to dwell together in unity.” The resonance of such a musical event shared by such musicians in such a place is hard to ignore, even for the most jaded cynic.
“Everybody involved in these sessions...was on the same page musically and spiritually,” says producer Randy Labbe.
The sense of unity is evident in the vocal pairings throughout the album. Bibb’s cover of Bob Dylan’s “Gotta Serve Somebody” and his own gentle “Give a Little More” are perfect songs about what it takes to be a citizen in the modern world. When he asks each person in the world to give, the compassionate backing vocals of Block and Muldaur affirm his plea for world unity.
In addition to her fiery acoustic blues, Block shows off her affinity for soul and R&B. Her eloquence in Bill Withers’ classic “Lean On Me,” with Muldaur’s vocals delicately soaring above, is a compelling call to strengthen the chain of brotherhood in the world. Later, these musical sisters sing Block’s “Travelin’ Woman Blues” with a spirited sense of rapport.
Muldaur brings a vibrant sensuality and earthy passion to every story she sings. In “Bessie’s Advice,” she captures subtleties that express volumes of personal wisdom within each note. In the very next track, she and Bibb engage in a playful give-and-take about the “Good Stuff” that unifies personal relationships.
The three musicians’ voices and riffs merge seamlessly in this collection, and for good reason. While their respective careers represent a diverse cross-section of the blues tradition, all three came from the same place. As the son of the young folk singer Leon Bibb, Eric Bibb grew up in the mid-1960s folk music boom that recaptured the essence of country blues from the early 1900s. As a young teen, Rory Block grew up amid the Greenwich Village folk scene which included music at her father’s famous sandal shop and Sunday jam sessions in Washington Square. At the same time, Muldaur was also making the rounds in the Greenwich Village scene and joining in on nightly jams in various clubs and coffeehouses.
Truly, this threesome are Sisters & Brothers in the blues tradition. Check out their collaborative effort and be a part of the family.