The Beau Brummels: Autumn Of Their Years 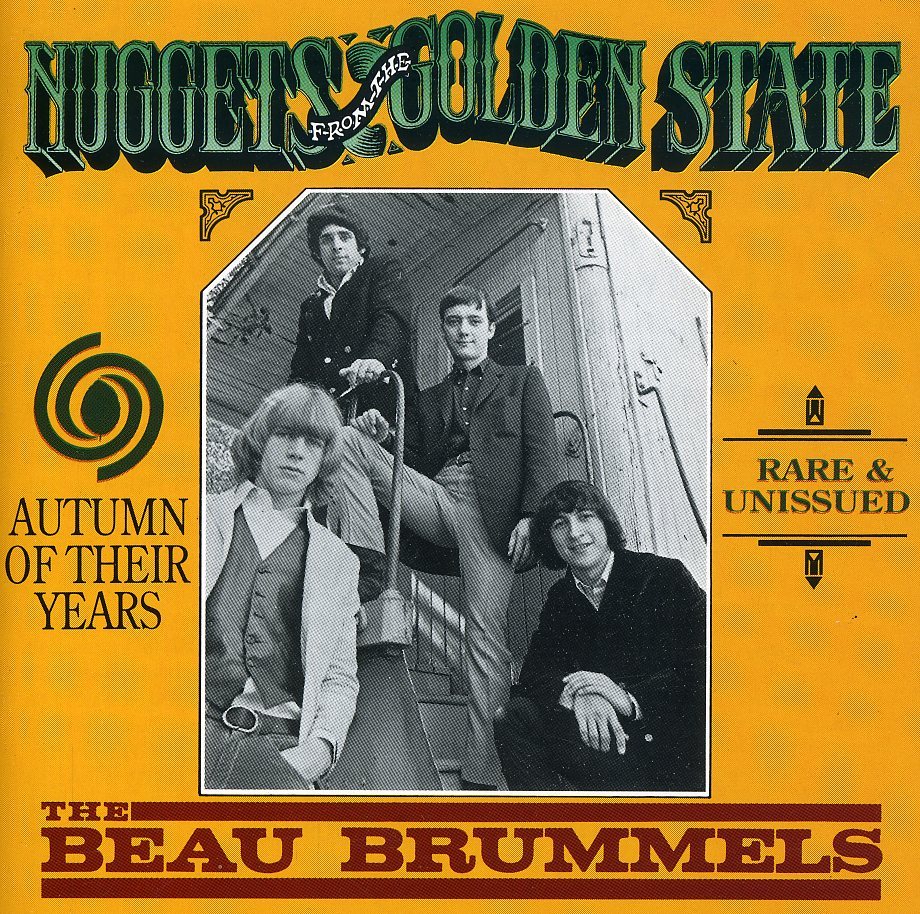 The first album in Big Beat Records' Nuggets From The Golden State series of rare and unreleased recordings from the '60s west coast rock scene by The Beau Brummels, an influential but under-rated band that mixed folk, R&B and pop. This CD collection of 26 rarities that the band recorded for the Autumn label contains 10 tracks that were released long after the band's demise and 16 that were never released before at all. The producer of the sessions was none other than Sylvester Stewart (Sly Stone). Of all the Bay Area rock groups to come out of California, The Beau Brummels was among the best. Signed by local DJ's Tom Donahue and Bob Mitchell to their Autumn label, the band had 2 chart hits with Laugh Laugh (Top 10) and Just A Little (Top 5). Between 1964 and the demise of Autumn in 1966, the group loured extensively and appeared on TV and film. The music they cut for Autumn fused British beat sensibilities with the brilliant songwriting of guitarist Ron Elliott and the originality of the material is one of the great strengths of The Beau Brummels recordings. Many of the songs on this CD are demos (but of a superior kind). Some had already been mixed down for single release - Fine With Me is one such song (it was eventually re-recorded for Warner Brothers after the band had left Autumn). The rocker Woman is here with the original Declan Mulligan vocal (as in the teen flick Village Of The Giants) but there are many more rare delights to savour. Extensive sleevenote by Alec Palao of Cream Puff War magazine.