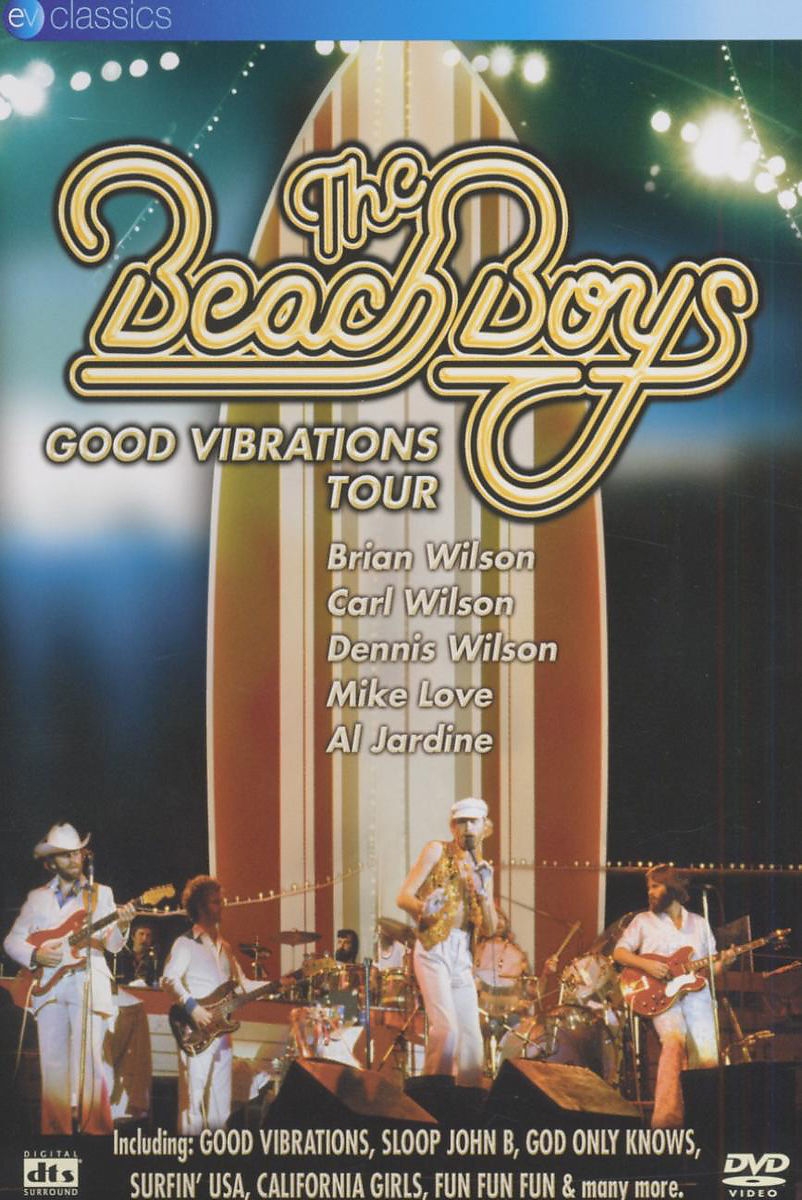 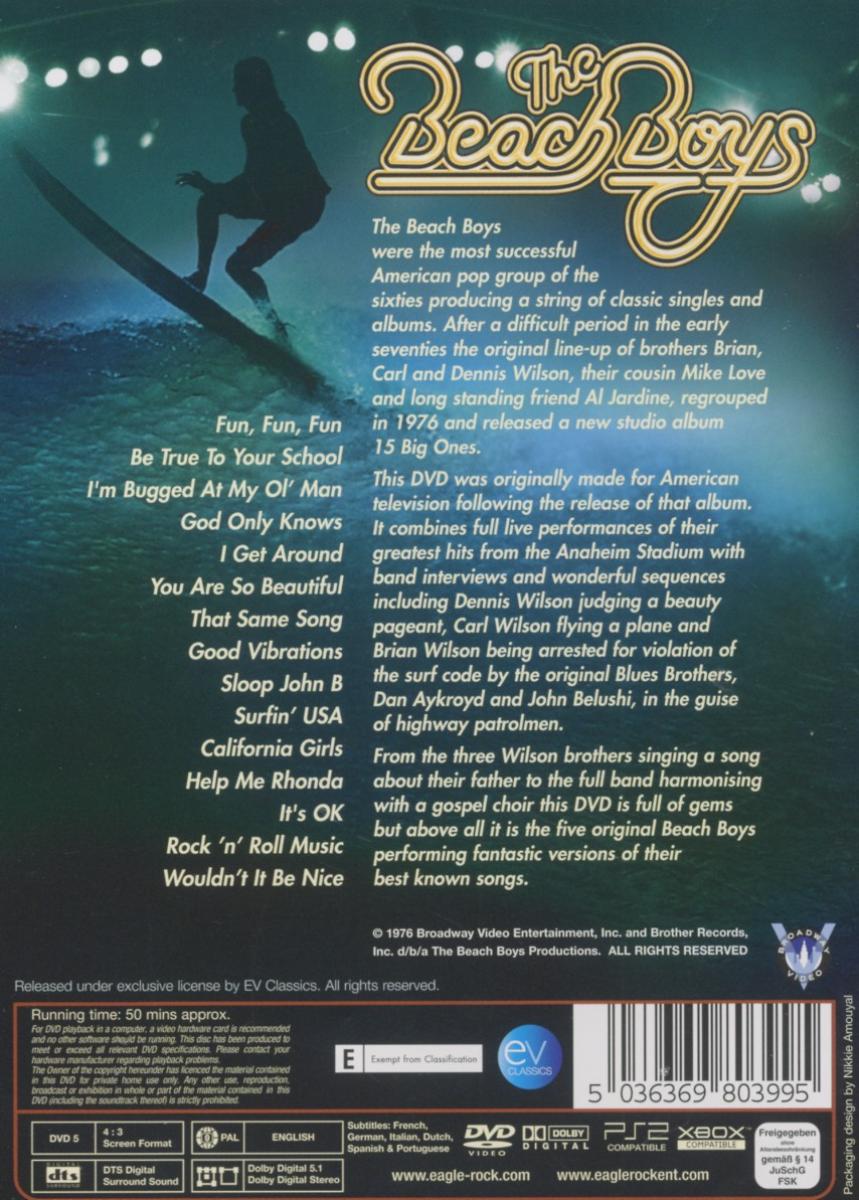 The Beach Boys were the most successful American pop group of the 60’s and produced a string of classic singles and albums. The band consisted of three brothers, Brian, Dennis and Carl Wilson, their cousin, Mike Love and school friend Al Jardine. This programme was made for American TV in 1976, following the release of their album “15 Big Ones”. It combines complete live performances from the Anaheim Stadium with other footage including Dennis Wilson judging a beauty pageant, Carl Wilson flying a plane, Al Jardine on his farm and Brian Wilson being interviewed in bed and celebrating his birthday. It is very much a product of its time and captures the mid 70’s period very well but above all it is the five original Beach Boys performing fantastic versions of their best known songs.