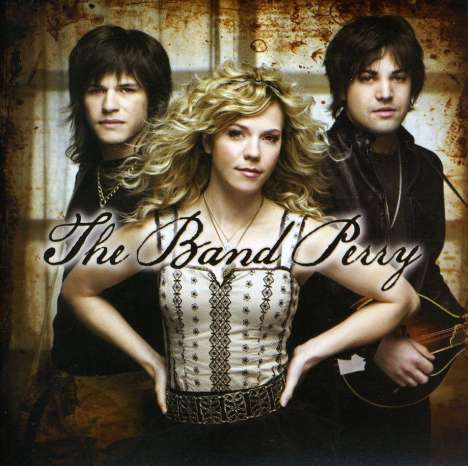 The three have always felt the drive to perform and create music, sweating out the summers in Mobile, Alabama playing in any dusty roadhouse or church that would have them. Kimberly strapped on her first Gibson - and fronted her first high school band - at age 15, employing Reid, then 10, and Neil, only 8, as her roadies. Changing guitar strings and polishing cymbals for their big sister lost its charm after awhile, so the brothers formed their own band, opening for Kimberly's band.

"My bass and I've been attached at the hip since I was 10 years old," says Reid. "While most of my friends were playing little league, I was sitting in my room learning Rolling Stones' and Beatles' bass lines. It's really all I've ever known."

Even as the three worked in different bands, the siblings would spend nights at home playing together: "I remember sitting out on our front porch singing old Hank Williams and Bobbie Gentry songs in three-part harmony, hoping to channel the spirits of old country through musical séance while fighting off the southern Alabama mosquitoes," says Kimberly. "We always knew we'd take the stage together - all we were waiting on was the right moment." That moment came in July of 2005, when - after years of writing together - the siblings decided to join forces as one band. The Band Perry was then invited by the Coca- Cola Bottling Company to open all of the dates on their "New Faces Of Country" Tour that year. In the summer of 2008, after spending a few years on the road honing their sound, TBP met longtime Garth Brooks manager Bob Doyle. Partnering with Bob and Josh Pegram, The Band Perry spent the fall and winter of 2008 writing in Nashville and collecting songs for their first country recording session.

"The three of us bring different strengths into the writing room," Neil points out. "Kimberly carries in a bag of melodies and lyrics, Reid always has some really great musical ideas in his back pocket, and I bring in a sense of humor and some thread that ties it all together." The new recordings caught the ears of Scott Borchetta and Jimmy Harnen, the CEO and President of Republic Nashville, signing to the new label in the summer of 2009.

When talking about The Band Perry, each member of the trio stresses how much family figures into the mix: "Reid, Neil and I share genes and a musical pedigree," Kimberly explains. "We read the same classics and cook from the same recipes. With all of our likenesses though, I believe it's our distinctions that stir up the magic when we create. When the three of us sit down to write songs together, we pull from all of our individual perspectives and happenstances to create the most interesting song concoctions."

"There's a tightness between the three of us that goes way beyond even best friends," Neil adds. "Family vocal harmonies can't be fabricated. And, besides - the three of us know that through the thick and thin of life and the music business, we're watching after each other."

"Blood runs thick. The music business can be hard, but the three of us are committed not only to our lives in music, but to living them together," Reid says. "I think the security of knowing that about each other allows us to be uninhibited when we create. It's a democracy. It's a safe haven."

"We've walked a long way to find your ears," Kimberly Perry finishes with a grin. "So play us long and play us loud. The Band Perry is here, and we just have so darn much to say." (thebandperry. com)