Aynsley Lister: Everything I Need 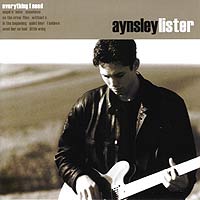 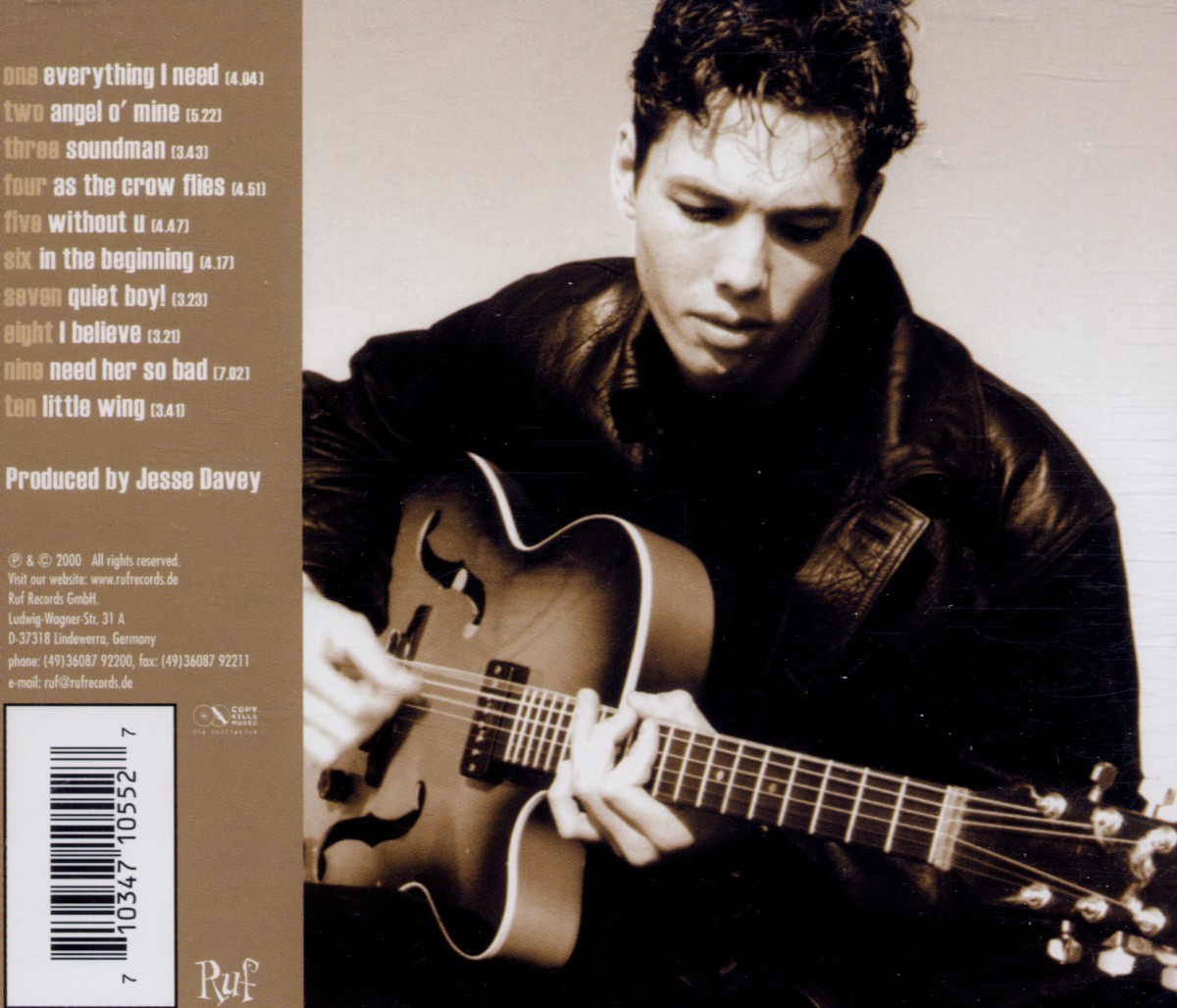 Amazingly this is Lister's fourth album but his second album proper. His previous album, simply titled 'Aynsley Lister' (Ruf, 1999), was produced by American Jim Gaines. Cut when Lister was just 19, it was released in Europe, but not released in the US. The two earlier records were self-released in very small numbers. For his new disc, his debut worldwide release, Lister chose to work with producer Jesse Davey, formerly of the esteemed British blues-rockers The Hoax. Five tracks from 'Aynsley Lister' have been re-recorded for the new album.

'Everything I Need' will be released in both Europe and the US. Lister, who has toured extensively in the UK, Germany, Austria, Switzerland and Holland, now has his sights on both Europe and America.

Recorded in Surrey, England (just outside London) with the same musicians that played on his previous disc, 'Everything I Need' is way ahead in terms of sound and feel; the band has now been together for 3 years and you can hear the difference. The sound of the new set is much more to Lister's liking : "very live-sounding and in-your-face." Two excellent cover versions are slotted in neatly amongst the original Aynsley Lister compositions: 'As The Crow Flies' was originally by Southern rocker Tony Joe White but Lister was taken with Rory Gallagher's version of this great song, whilst 'Little Wing' is of course one of Jimi Hendrix's most beautiful songs.

The bonus track (not listed) is Lister's own 'Identity Blues'. "I've grown up with it really," explains Lister, "my Dad used to go around the clubs in London when he was my age and see bands like Fleetwood Mac and Free. I got a guitar for my eighth birthday. I tried learning from teachers but I couldn't get on with it, so I started teaching myself by listening to records. Clapton was a big influence when I was younger. I was into Stevie Ray Vaughan at one point but I've always tried to be an individual and tried to do my own thing".

Lister played his first semi-pro gig at age 13 and by 1994 when he visited California, sitting in with West Coast musicians and playing support to Coco Montoya's band in San Francisco. He subsequently played in 60s / 70s covers bands before starting his own band. Citings Freddie King, Eric Clapton and Rory Gallagher as his main guitar-playing influences, Lister can play slide and acoustic guitar as well as his trademark electric. He's jammed with Walter Trout and Bernard Allison (Luther's son), and supported Buddy Guy. "He plays with a maturity way beyond his years," Walter Trout has said. Lister is not phased by life on the road either: "I love the hard touring when I can really get into a flow," he says. "I get alot of ideas from the radio, especially Radio One in the UK, when I'm on the road. Kelly Jones of the Stereophonics is a terrific writer; their approach is a big influence on me. I like to keep in touch with the moment; I listen for those little triggers in songs." Aynsley Lister, perhaps the most promising young roots-tinged rocker in Europe today, has really hit his stride with this impressive new album. If he carries on like this he may well get to America sooner rather than later. He's certainly gonna be around for a long time to come.