Art Brut: Top Of The Pops 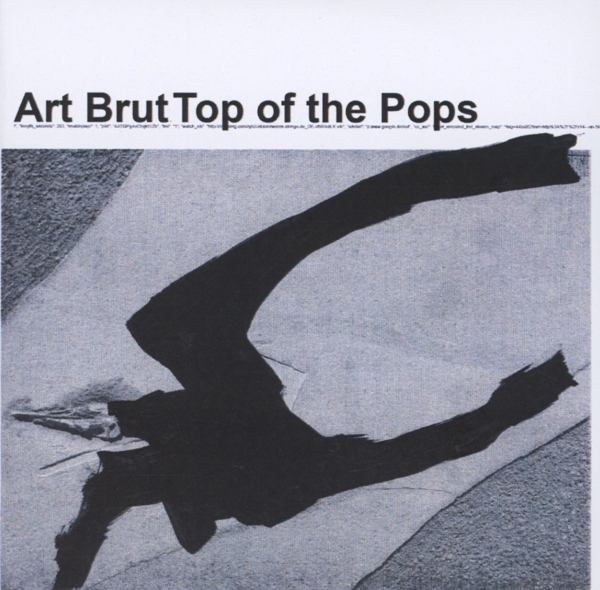 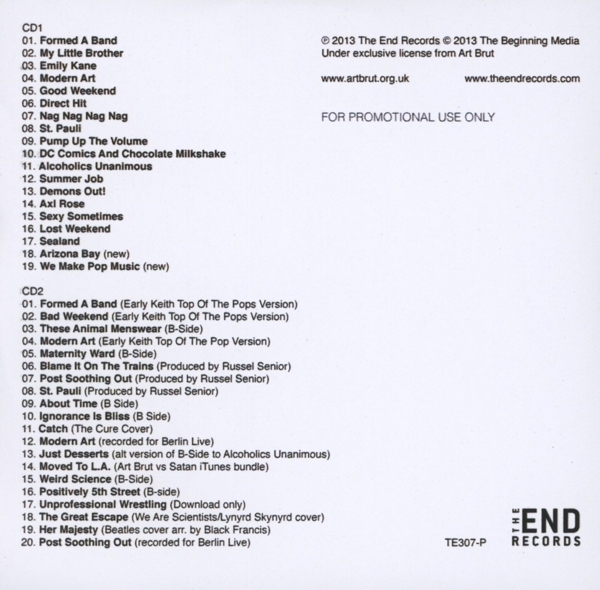 „CD1 contains the best and most popular songs from our career in chronological order. So you can see clearly that we have followed the Classic Rock blueprint exactly –
Album One, Excited,
Album Two, Confused,
Album Three, Angry
Album Four, Experimental

CD2 contains rare songs that Freddy Feedback rescued from our vaults including live songs, covers we finally got round to asking for permission to release, hard to acquire b-sides and unreleased demos from our recording sessions for ‘Its A Bit Complicated’ that took place with Pulp‘s Russel Senior.”